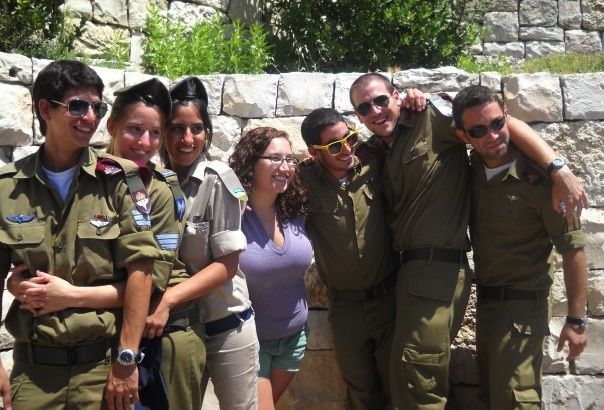 Just months after The Investigative Fund and The Nation published the first in-depth exposé of Birthright Israel, the free educational tours of Israel offered to young Jews abroad, comes this interesting missive, sent to out to Birthright alumns today:

The email sends you to a page announcing Birthright's first ever dedicated free trip for working reporters, promising to (re)educate participants on many of the issues that our reporter, Kiera Feldman, critically examined in her investigation, “Operation Birthright,” such as how the program evolved and “the contemporary political, social, and economic issues confronting Israel today.” The only trick is you have to be a Birthright alum!

Just as with Birthright, mention of Palestinians seems to be taboo. The press junket promises to touch only on Birthright's impact on Israelis and diaspora Jews.

Well, as Nation managing editor Roane Carey, editor of The Other Israel, says, “Establishment counterattack is the sincerest form of flattery.”

We await with anticipation the probing journalistic essays that will no doubt result from this winter's scheduled junket.

UPDATE 9/23/11: An August 15 piece in the Jewish Forward has belatedly come to my attention, in which reporter Naomi Zeveloff covers the proposed press junket, raises questions of journalistic ethics about these kinds of freebies (“'In most newsrooms, if it was deemed to be newsworthy they would figure out a way to pay for it themselves,' said Kelly McBride, senior faculty for ethics at the Poynter Institute“), and points out that the junket is part of a fundraising blitz to allow Birthright to nearly double its yearly participants from 30,000 currently to 51,000. The government of Israel and casino magnate Sheldon Adelson have already kicked in $105 million, Zeveloff reports, but Birthright apparently still needs $20 million more. Thus the slightly desperate gambit for good press.

Notably, Zeveloff also frames the press junket in the context of what she calls ”a recent bout of bad press“ for Birthright, including ”a July article in the magazine The Nation“ — Kiera Feldman's Investigative Fund piece — which ”criticized the organization for subtly feeding a political agenda to its participants, bringing them to a West Bank settlement to buy Ahava beauty products and stoking fears of Arabs.“ Zeveloff notes that Jewish Week reported back in July that Birthright officials were ”said to be worried“ about the article's impact. But when Zeveloff went to Birthright spokesperson Jacob Dallal for comment, he said the trip for journalists was not offered in response to Feldman’s article.”We are a mature organization,“ Dallal said. ”We feel that this program has proven itself.“