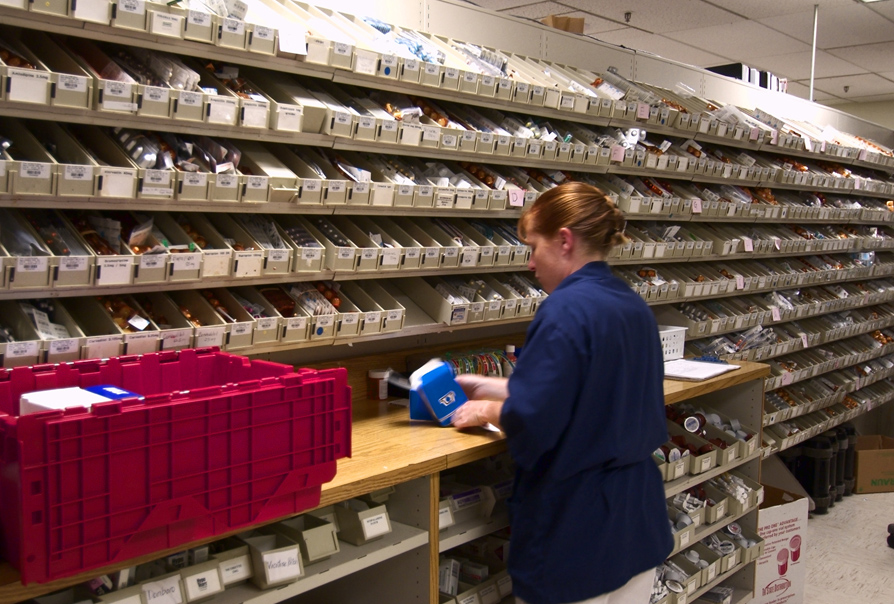 This is a selection of investigative outlets chosen for their relative obscurity to American readers and also for the quality of their investigations. It is by no means exhaustive, and was based on an informal survey, so if you don't find your favorite website or magazine here, please let us know in the comments. There are no American outlets in this list; some on the list aren't in English.

1. Pakistan's Herald magazine is a monthly political and current affairs magazine owned by the group that also publishes the more famous Dawn group of newspapers. Their November 2011 issue featured “Victims of Neglect,” a hard-hitting look at the inadequate response of the government to the floods in the Sindh province. “In the first six weeks after the rains had started, victims say, most families displaced from their homes survived on officially supplied food barely enough for two weeks for an average family comprising six people,” the Heraldreports. Though that story is behind a paywall, others are reprinted in Dawn. Here's one from February, an alarming documentation of the rise of policemen taking the law into their own hands in blasphemy cases. Pakistan's blasphemy laws date back to 1860; they were expanded in 1927. They were in the spotlight this past spring when Pakistan's Minority Minister, Shahbaz Bhatti — a Christian — and one of the few liberals to speak out against these laws, was shot to death. The Herald investigated 5 out of 39 cases in which angry members of the public, and policemen, dispensed their own form of justice to those accused of violating these laws.

In September 2009, police in Lala Musa town in Gujrat district arrested composers Mian Qasim Ansari, Irfan Naeem and Ghafoor Aslam. They had organised a book launch for author Asar Chughtai, whose work allegedly contained derogatory remarks about various prophets, including the Prophet of Islam. A couple of days later, police constable Saqib fired at and killed Ansari while he was in police custody. Saqib was detained and a case was registered against him.

2. In India, the weekly Tehelka magazine claims the mantle of investigative journalism. It was started in 2000 as a website that used undercover stings to get its stories. A year later, it exposed match-fixing in Indian cricket and bribery in the Ministry of Defense, which led to the resignation of Bangaru Laxman, then the head of the ruling party, the BJP. The government retaliated by raiding Tehelka's offices and targeting its financial supporters in tax investigations. Tehelka was finally relaunched as a weekly in 2003. The magazine is known for its strong stance against communalism. Its investigation into the 2003 pogrom in the Western state of Gujarat, conducted with the complicity of the state government and police force, got confessions from perpetrators of violence that the police had failed to obtain. Browse its other investigations here. My favorite Tehelka stories feature people whose stories deserved to be told but were ignored by the mainstream media. They include this profile of Irom Sharmila, a heroic woman from the Northeast of India who has been fasting for more than 10 years to protest the brutal Armed Forces Special Powers Act (AFSPA) that has been imposed in Manipur and most of the Northeast since 1980, and this story on Dr. Binayak Senfrom the tribal areas of Chattisgarh, a medical doctor on the frontlines of the Indian government's war on Maoists who was unjustly imprisoned for his social advocacy.

3. Himal Southasian is published by The Southasia Trust and is based in Nepal. The monthly magazine covers news and analysis from across South Asia, from Afghanistan to Tibet to the Maldives. Their main focus is not muckraking journalism, but they do publish investigative reports, such as this haunting tale of Pakistani children who play at being suicide bombers.

The video cannot quite avoid the impression of a childish game. The boy selected for the martyrdom operation, dressed in black, walks down a line of his young friends, embracing each one for the last time. The camera seems to be held at adult-height. It follows the bomber as he walks towards his target — another group of children. One of them tries to stop him, but he evades the security. A plume of dust is thrown up in the air in an uncanny simulation of an explosion. The bomber and his targets lie on the ground, pretending to be dead, trying to keep the smiles off their faces.

When this video popped up on the Internet earlier this year, many in Pakistan were deeply disturbed by the story it told of how children have become psychologically and physically involved in the violence in the country. According to Salma Jafar of Save the Children UK in Pakistan, ‘It’s horrifying and alarming. These children have become fascinated by bombers rather than condemning them. If they glamorise violence now, they can become part of it later in life.’

In their January 2011 issue, Himal highlighted the new — and only — jail in the Indian state of Arunachal Pradesh. Despite the new facility, women prisoners are raped, children are jailed, and the cells can be so overcrowded that sometimes prisoners have to take turns sleeping while the rest stand — all in contravention of the law. In June, they investigated theplight of the unorganized sector in Pakistan, where bangle-makers and embroiderers earn a pittance for working 18 to 20 hours a day.

4. In Sight Crime is a website about organized crime in Latin America and the Caribbean that was launched last year. It does a lot of research-based analysis as well as investigative reports. Its reports are more like those put out by human rights organizations than journalistic outfits; its investigations are published on the website itself. Here's the first partof a three-part series on criminal activity in Costa Rica, mainly the infiltration of Mexican drug trafficking organizations into the Central American nation. “The New Normal” discusses the rise of kidnappings in Tijuana, which differ from the previous wave, in 2008, in that they seem more like the way business is done now. This post challenges the notion that Mexican gangs are behind the latest violent incident along the US border, calling it “statistically false” and “illogical.”

5. Jeune Afrique, founded in Tunis in 1960, is a weekly French news magazine published out of Paris and focusing on African countries with a heavy emphasis on Francophone Africa. Thistake-down of the presidential election in the Democratic Republic of Congo revealed that even though the results might not be overturned, enough irregularities were present to call into question the electoral process in that country.

6. The Centro de Periodismo Investigativo is a nonprofit based in Puerto Rico that encourages outlets to copy their content so long as the center is credited. The articles are in Spanish and English; check out their environmental reporting with this three-part series on Monsanto andthis report on the lack of regulation and action against the Caribbean Petroleum Corporation, which has been accused of releasing toxins into the air, water, and land but has not seen a federal occupational safety inspector for nearly a decade.

7. The Bureau of Investigative Journalism is a nonprofit based at City University in London and is all of 20 months old. It encourages its visitors to “steal our stories.” It has collaborated with Wikileaks on its Iraq War logs and works with partner outlets such as the BBC, The Financial Times, Le Monde, and others. The Bureau has tackled the problem of unethical or questionable practices in lobbying in the UK in several stories, found here. Their investigation into the connections between MPs and lobbyists was widely reproduced. This past week, theyuncovered banks in the City of London that have been “cheating” Europe in a tax avoidance scheme totalling €600 million, including Credit Suisse, Barclays Capital, Bank of America, and Morgan Stanley.

8. CIPER, otherwise known as the Center for Investigative Journalism, is an investigative nonprofit entity that makes use of laws on freedom of information in Chile — where it is based — in its stories. Their investigation into the 1991 kidnapping of Cristian Edwards, the son of the owner of El Mercurio, recently won the top honor for journalism in Chile for the second consecutive year. More recently, it has also been at the forefront of reporting on the inequality in privately-run higher education for students in Chile. Click here for an investigation into the fishing industry.

9. Tempo is a weekly magazine based in Indonesia that was founded in 1971 and subsequently banned in 1994, during the reign of President Suharto. It has since reopened as a news magazine that is credited with breaking many important stories in that country, such as the growing presence of Islamic radicals on student campuses, and last year, a major investigation that showed the millions of dollars in the bank accounts of local police. Soon after, their offices were bombed in what was assumed to be a retaliatory strike. Unfortunately, almost all of their content is behind a paywall.

10. Caixin Weekly is a Chinese news magazine about finance and economy which shot to prominence under the editorship of the ferocious Hu Shuli, also known as the “most dangerous woman in China” (whose blog in English is available here). Unfortunately its content is locked behind a firewall, but you can get a taste of its English articles from the larger Caixin website, such as this one on bribery in China's healthcare industry andchromium pollution in a tributary of Pearl River.