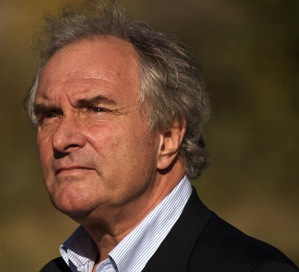 NEW YORK — With the backing of the United Nations, a Swiss Judge is braving the opposition of the entire Cambodian legal establishment to pursue investigations of alleged crimes against humanity and war crimes in that country.

In a statement today, Judge Laurent Kasper-Ansermet announced that he had ordered the resumption of an investigation of the Khmer Rouge military that was closed last year. The closure had at the time had caused UN lawyers to walk off the job and resulted in the collapse of an investigative office.

The announcement once again put the UN and Cambodian government publicly at odds over the operations of a court they jointly created six years ago to deliver justice for some of the worst crimes of the 20th century, the mass murders of the Pol Pot regime, which left an estimated 2.2 million dead between 1975 and 1979.

The controversy has threatened to overshadow a landmark case currently underway in which the three most senior surviving leaders of Pol Pot's government are standing trial for crimes against humanity, war crimes and genocide resulting from their communist revolution of 1975.

The Cambodian government, which rose to power by defeating the Khmer Rouge in 1979 and then negotiating their peaceful surrender in the 1990s, has long sought to minimize the number of suspects tried for the crimes of the former regime, saying this could spark a return to civil war.

When UN prosecutors in 2009 opened two additional investigations, the government reacted harshly and as did Cambodian judges at the court, who have acted to prevent the cases from going forward. A German judge, Siegfried Blunk, resigned last year after his own staff accused him of illegally closing an investigation and falsifying court records. (He claimed at the time that public remarks by Cambodian officials at the time had made the appearance of bias inescapable, requiring him to leave.)

His replacement, Judge Kasper-Ansermet, was rejected last month by the governing council of Cambodia's judiciary, which said his Twitter feed, in which he referred followers to articles on the court, appeared to show bias.

The UN said last month that this put Cambodia in “breach” of a 2003 treaty on trials and a UN representative told Cambodian officials that Kasper-Ansermet had already been sworn in as a reserve judge and so “has clear authority to fulfill his duties in this country and we look forward to him doing so,” according to the Agence France-Presse news agency.

Kasper-Ansermet's statement today showed he was prepared to be surprisingly combative.

He announced that he had sought the recusal of a senior Cambodian judge for bias after he refused to begin arbitration proceedings between Kasper-Ansermet and a fellow investigating judge. He also released an order saying he had reopening the closed investigation, the premature closing of which “deprived suspects, victims and the prosecution of their rights.”

An official reaction to the judge's statement has not yet been announced.