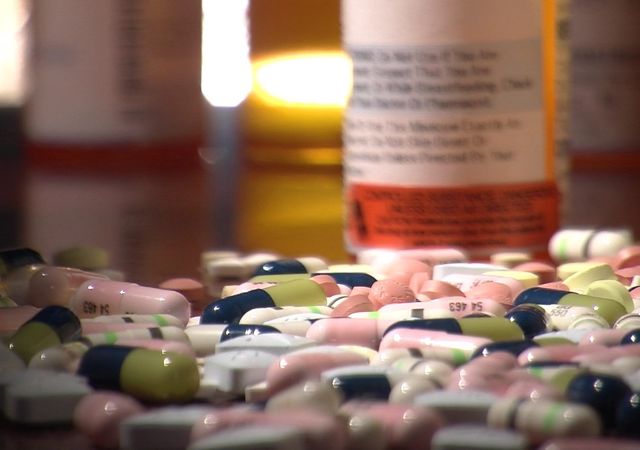 On January 22, InvestigateWest — a Northwest-based, non-profit investigative outfit — and Seattle television station KCTS9 released the first article in their series, “The Prescription Epidemic,” an investigation following almost twenty years of overlooked medical records and reports, exposing the roots of Washington state's struggle with prescription drug addiction, and the national trend of drug abuse. Right now, prescription drug overdoses kill two people a day in Washington State — putting it among the highest rates in the United States. On January 2, Washington adopted a new prescription drug law, RCW 2876, one of the strictest drug regulations in the country. InvestigateWest and KCTS9's series included articles and a television documentary that uncovered the causes of the epidemic, and — despite this new legislation — the vast holes in the system that remain.

The central figure in the series is Dr. Rosemary Orr, a pediatric anesthesiologist, whose 24-year-old son died of an OxyContin overdose six years ago. He had struggled with addiction to opioid pain relievers (OPRs) in his early twenties, but promised his mother that he was clean. Years after his death, Orr is still haunted by her son's words: “Mom, you have to see — doctors are the biggest drug pushers in the country.”

With her son's voice resonating in her head, Orr started speaking out against America's “pill popping” culture.

InvestigateWest tracked the history OPRs in the United States, following paper trails and overlooked statistics as far back as 1995, to uncover how Washington emerged as a state with one of the highest rates of both opiate prescriptions and deaths.

The investigative team found that, in hindsight, this was no accident. In 1995, OxyContin, a highly addictive OPR, was introduced to the medical community as a cure for chronic pain. Four years later, the state's Medical Quality Assurance Commission issued new, liberal guidelines intended to address the under-treatment of chronic pain, specifying that no disciplinary action would be taken against a practitioner based solely on the quantity or frequency of opiates prescribed. Relaxing these rules caused a jump in opiate prescriptions.

“Since the law changed, the average daily doses in morphine equivalents have gone through the roof,” said Dr. Gary Franklin, medical director for the state's Department of Labor & Industries. In 1998, the average daily dose was 80 mg. By 2002, it had nearly doubled — and this trend was reflected all around the country.

And the OPR prescriptions were not evenly distributed across the population. As prescription opiates hit the market, there was a substantial rise in Medicaid deaths. Through meticulous research, InvestigateWest uncovered that in 2003, Medicaid made methadone, another OPR, the “preferred drug” for long-acting opiates on the list of drugs that Medicaid covers. Because methadone is so much cheaper than most chronic pain relievers, Medicaid spending in Washington state has gone down from $20 million to $12 million annually, but it also has 3,000 to 4,000 patients that violate Washington's newly instated limits. And the pain medications themselves can worsen the problem, “contributing to heightened sensitivity to pain, a condition called 'opioid-induced hyperalgesia,'” making it even more difficult to wean off of the medications.

With such a cyclical, deeply engrained system, Investigate West and KCTS9 question what the new legislation can effectively do to combat it. The law imposes dosage limits and second opinions, but fails to require any government oversight of its application; a patient or doctor must complain before the state can investigate. And pharmaceutical companies, under the guise of pain patient advocacy, have already begun lobbying against the legislation, claiming that it causes unnecessary suffering.

But this investigation has dug up plenty of ammunition for those looking to fight the prescription epidemic, providing personal testimony, analysis of the legislation, and a to-do list for Washington legislators.