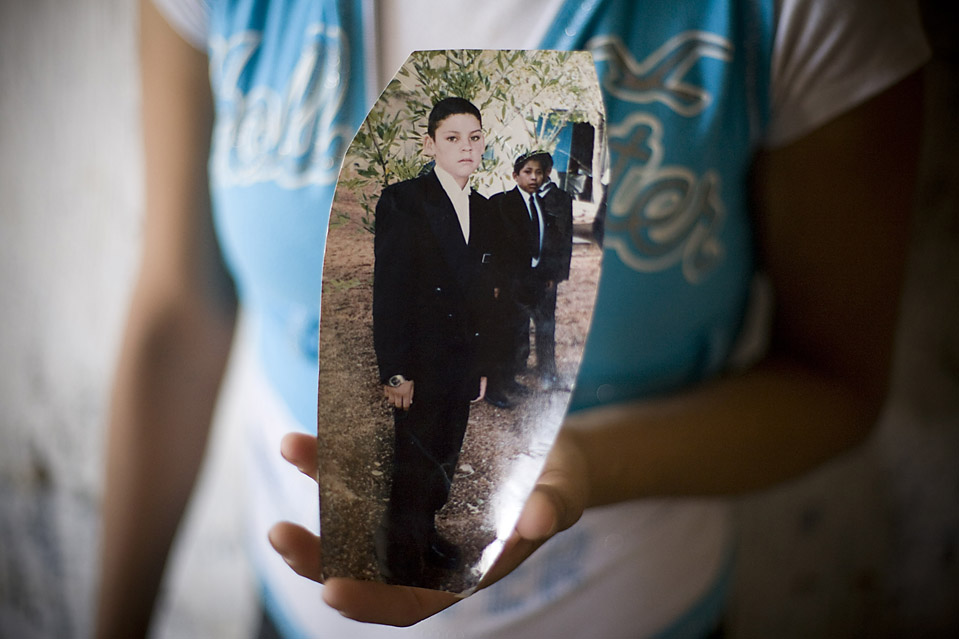 UPDATE, MARCH 22, 2018: On March 20, the 5th US Circuit Court of Appeals voted 13-2 to dismiss the Hernandez family's claims against Jesus Mesa, a US Border Patrol agent who fired his gun across the US-Mexico border in Texas in 2010, killing 15-year-old Sergio Adrian Hernandez Guereca. Read more here.

UPDATE, MAY 9, 2012: On May 7, Rep. Silvestre Reyes, a member of the Hispanic Caucus and himself a 26-year veteran of the Border Patrol, wrote a letter to Attorney General Eric Holder raising concerns about the DOJ's decision not to bring charges in the Hernandez Guereca case and saying that case and the Anastasio Hernandez case “pose questions regarding the appropriate use of force and actions of the U.S. Border Patrol.” He also asks for assurance that high-profile cases like these are “appropriately investigated.” See the full letter here. —Eds.

On June 7, 2010, Sergio Adrian Hernandez Guereca, age 15, was shot and killed by US Border Patrol agent Jesus Mesa Jr. on the Rio Grande near El Paso, Texas. According to an FBI spokeswoman, Andrea Simmons, who issued a report quickly after the incident, “Subjects surrounded the agent and continued to throw rocks at him. The agent then fired his service weapon several times, striking one subject who later died.”

Except a videotape of the incident that surfaced after the statement was issued shows that no one surrounded the agent, who fired directly into Mexican territory, and that Hernandez Guereca was not, as eyewitness testimony corroborates, the person throwing rocks. But he was the “subject” who was fatally struck in the head by the border patrol agent's bullet. Hernandez Guereca's death would mark the beginning of a string of eight border patrol-related killings in the past two years.

On April 20, PBS Need to Know aired “Crossing the Line at the Border,” a collaboration with The Investigative Fund that focused on new video evidence of another killing of a undocumented immigrant at the US border. In that case, a cellphone video clearly shows a ring of border patrol agents surrounding and tasing — five times — a handcuffed man lying helpless on the ground. The man was Anastasio Hernandez Rojas, and he died of a heart attack after being beaten and kicked and tased for nearly 30 minutes by at least a dozen border patrol agents. The video kicked up a storm, with local and national TV airing clips and interviewing me and the eyewitness who shot the video.

A week after the segment aired, at 6:30 p.m. on a Friday night, the Department of Justice issued a press release on the Hernandez Guereca “rock throwing” case: they had closed the investigation with no criminal charges brought against Border Patrol Agent Mesa. The DOJ claimed to have “interviewed more than 25 law enforcement and civilian witnesses. In addition, they collected, analyzed and reviewed: evidence from the scene of the shooting; civilian and surveillance video; law enforcement radio traffic; 911 recordings; volumes of CBP agent training and use of force materials; and the shooting agent's training, disciplinary records, and personal history.”

But the DOJ did not release the surveillance video, interview transcripts, evidence, or findings to the public. They also failed to mention that the killing of Hernandez Guereca by a federal agent broke several international treaties with Mexico, because Mesa fired his weapon into Mexico, shooting and killing a Mexican national on Mexican territory. According to the Treaty of Amity, Commerce, and Navigation of 1832, between the United States and Mexico:

There shall be a firm, inviolable and universal peace, and a true and sincere friendship between the United States of America and the United Mexican States in all the extent of their possessions and Territories and between their people and citizens respectively without distinction of persons or places.

The agent might also have violated the treaties of Guadalupe Hidalgo of 1848 and theGadsden Treaty of 1853, relating to friendship, peace, and respect for the civil rights of their citizens; the establishment of the present national boundaries; the cessation of hostilities; and the respect for sovereignty between the United States and Mexico.

Significantly, the Justice Department statement provided official justification for the use of deadly force in the case. According to the DOJ, it is procedure for an agent to kill someone who is throwing rocks. There seems to be no other remedy to ameliorate what border agents call “rocking.” The agency did not suggest de-escalation tactics or recommend that Mesa should have taken cover or that he should have used deadly force only as a last resort. The use of rubber bullets, tear gas, or any other non-lethal deterrent was not indicated as an alternative to firing a gun.

In the past two years, three other border residents have been shot and killed by the border patrol for throwing rocks. Like Hernandez Guereca, two of the other victims were standing in Mexico when they were shot and killed, and the third, 17-year-old Carlos LaMadrid, was allegedly throwing rocks while in the act of climbing the border fence to go into Mexico; he was shot three times in the back. LaMadrid was a US citizen.

The DOJ, charged with oversight of border patrol, has little to show for its investigations. In the past decade, no border patrol agent has been convicted of negligently or criminally killing any border resident. There are no recorded accounts of a border patrol agent being fatally wounded by rock throwing, yet the use of deadly force is official policy. The border patrol does not release its Use of Force protocol to the public. We do not know when it is appropriate for an agent to use a taser or a handgun. Details of investigations, including agents' names and backgrounds, are kept from the public. The Department of Justice does not comment during the course of investigations that in many cases take years to conclude. Often, as in the case of Sergio Adrian Hernandez Guereca, the findings of these investigations are released to the public on a Friday evening, seemingly an effort to lessen any backlash.

This means that the US-Mexico border is ruled by a police force that, in effect, answers to itself. It is judge, jury and in the past several years, with the escalation of brutality and killings, it is executioner.