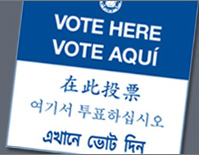 With elections upon us, one issue that still deserves more attention is the large and growing number of voter identification laws restricting access to the polling booth. Acting under the guise of limiting in-person voter fraud, these measures require prospective voters to present a specific, state-approved form of photo identification prior to voting. Unfortunately, confusion about the shifting laws and the difficulty of obtaining proper forms of identification is actually restricting and suppressing the constitutionally protected votes of students, minorities, and poor and marginalized groups.

In an extensive analysis of 2,068 alleged cases of election fraud since 2000, News21 — an investigative journalism program based out of Arizona State University — reports that though fraud has happened, “the rate is infinitesimal,” and in-person voter fraud is “virtually nonexistent.” In fact, only 10 cases of voter impersonation were found at all, or “one out of about every 15 million prospective voters.” Still, 37 state legislatures have either enacted or have considered strengthening voter ID laws. Since roughly 21 million eligible voters, or 11 percent of the US population, do not have a government-issued photo ID, continued passage and enforcement of these laws could potentially disenfranchise several million people.

The lawmakers connected to pushing voter ID laws have been vastly Republican. And pro-law groups are often funded by or grown from conservative political movements. One such organization, True the Vote, which claims to be a nonpartisan cause dedicated to scrutinizing voter registration forms, actually grew out of a Texas Tea Party group called King Street Patriots. Their leader, Catherine Engelbrecht, has even held meetings with Americans for Prosperity, the lobbying organization founded by the Koch brothers and other Republican groups. In an in-depth investigative look at True the Vote, the New York Times demonstrated how their beliefs are deceitful and harmful to the general electorate. One of the central claims of the organization is based on a bus that they say brings people in to register and vote around the country who are not legitimate voters. But no one has been able to prove that this bus actually exists.

Officials in both San Diego and Wisconsin said they had no evidence that the buses were real. “It's so stealthy that no one is ever able to get a picture and no one is able to get a license plate,” said Reid Magney, a spokesman for the Wisconsin agency that oversees elections. In some versions the bus is from an Indian reservation; in others it is full of voters from Chicago or Detroit. “Pick your minority group,” he said.

The story went on to show how, because of True the Vote's registration form surveillance, legal voters were put on a suspense that required additional verifying information before they could cast their ballot. Often, the voters targeted appeared to come from primarily minority neighborhoods. In Wisconsin during the recall election, True the Vote's poor methodology suggested over 400,000 signatures on a million signature petition to be invalid or requiring further investigation. Once the accountability board got a hold of True the Vote's findings, they declared that 900,000 of the signatures were valid. At Lawrence University in Appleton, WI, True the Vote members critiqued student voter registration processes, slowing down the line until it came to a standstill and many people left.

A New Yorker story by Jane Mayer helped humanize these stories by following Cincinnati voter Theresa Sharp and chronicling her attempts to reclaim her vote after being told it had “been challenged by a qualified elector.” That “qualified” elector turned out to be a watchdog group called the Ohio Voter Integrity Project which had used software provided by True the Vote to determine voter irregularities. Sharp was forced to go to court with her children to contest the charges being brought against her. Despite proving she was eligible, time constraints mean she won't know until election day if she'll be allowed to vote. A black voter and a lifelong Democrat who had voted in every major election since she turned 18, she was convinced they were trying to prevent her from voting because of her ethnicity and political affiliation. Her accusations aren't without precedent. Last summer, Mike Turzai, Pennsylvania's Republican house leader, was recorded as saying the state's ID law was “going to allow Governor Romney to win the state of Pennsylvania.” This story from Mother Jones further examines this possibility through a ten-year look at the Republican party's attempts to institute voter identification laws. The article cites several studies, including a 2011 NAACP one concluding that voter ID laws have a “disproportionate impact on minority, low-income, disabled, elderly, and young voters,” all of whom are statistically more likely to vote Democrat.

In swing states, these laws and efforts could conceivably turn the election. As part of Voting Rights Watch 2012, a joint project by ColorLines and the Nation, several stories have detailed the implications of many of these voter suppression efforts. In one article, it was revealed that fraudulent letters have been sent to Florida voters challenging their right to vote; that Pennsylvania voters are still being misled into believing they need voter ID prior to the election; and that absentee ballots from military voters in the key states of Ohio and Virginia have dropped to an all-time low due to the absence of a voter assistance office to help clarify their rights. And their “Voting While Trans” report has pointed out that transgendered voters with voter IDs that don't match their perceived gender could be turned away at the booth. All of this is for fraud that hardly exists.

While many states have received the critical attention necessary to push back against these laws, and the ACLU has launched several lawsuits and investigations, a massive number of people may still be illegally prohibited from voting. The ACLU has a comprehensive list of all the new requirements on a state-by-state basis. If you don't know what's required for your state, take a look in advance.

And to read more about other voter supression efforts in addition to the ID laws, check outthis blog post from the Nation.

Meanwhile, in those areas still affected by Hurricane Sandy, some voting sites have been relocated. In New York, any voter who is unable to make it to their polling site is allowed to visit the office of the Bureau of Elections in their borough and cast their vote today, November 5, before 5 p.m. NY1 has a list of polling sites that have been moved. And in New Jersey, you can vote early in person or by mail till today, and can vote electronically or by mail-in ballot delivered by authorized messenger till tomorrow.