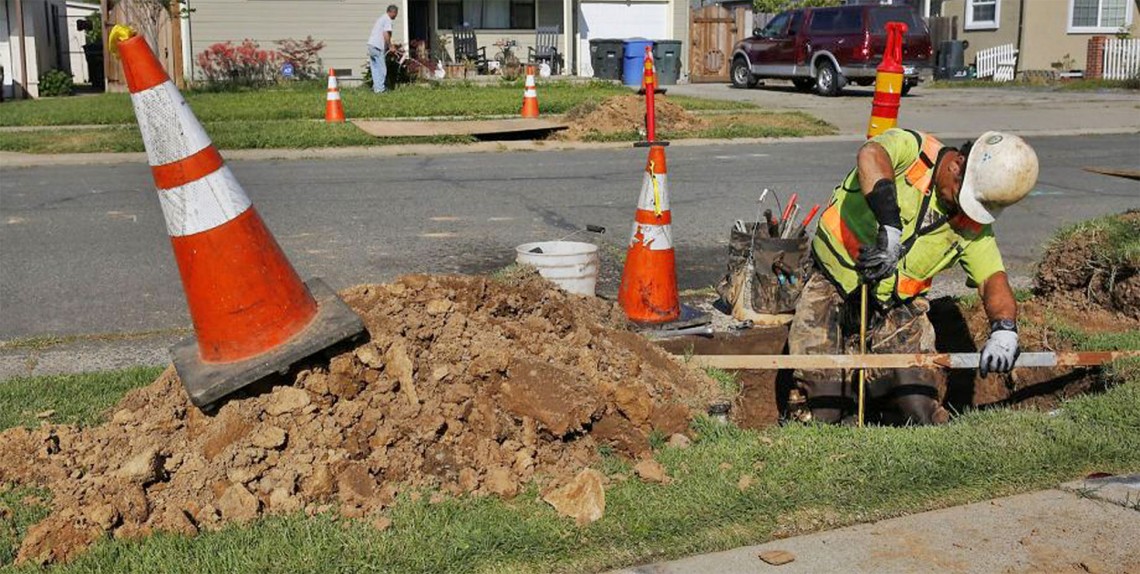 “I’ve heard from my constituents about street conditions. There have been issues raised about contractors drilling through natural-gas lines and putting folks in danger,” Hansen said. He called for more oversight of one of the largest capital works projects in city history, and for a peer review of the Sacramento’s water-main-replacement policies by experts and utility officials in other cities.

A week later, on Friday, November 21, City Manager John Shirey sent an email to council members and executive city staff announcing what appeared to be a major shift in water-meter policy.

“You may have seen a recent article in the Sacramento News & Review criticizing the city’s program for installing water meters,” Shirey began. In this email, the city manager claims that he asked for a review of the program “well before the article appeared,” because, he says, the city has to do more to install meters faster and conserve water.

“I expect that review to be completed in just a few weeks [by late November] and a new goal will be set to shave years off of the 2025 target to install meters at all residences,” he wrote.

Later, Shirey told The Sacramento Bee that the city plan to spend hundreds of millions of dollars to swap out backyard water mains would be re-examined. This was a huge swing in policy, given that Department of Utilities leaders were adamant about their plan to abandon old mains and install new ones in front of homes underneath the streets.

In recent months, SN&R spoke to numerous top officials at the Department of Utilities, and none ever hinted at any kind of city review. SN&R interviewed interim director Bill Busath on October 27 and 28; he remained steadfast in his defense of the program and did not mention a review. SN&R also spoke to the city’s coordinator for the water-meter program, DOU engineer Michelle Carrey, on November 11. She stridently defended the backyard water-main policy during that conversation, and again offered no hint that a review was underway.

In his letter to council and senior city staff, Shirey also announced that the city would be “reconsidering” expensive sidewalk water-meter installs, exploring the possibility of saving tens of millions of dollars by instead putting them in lawns or landscape.

Regardless of what motivated Shirey’s policy shift, how it will play out remains unclear.

For the moment, the wholesale replacement of water mains in two areas of the city continues unabated. In the leafy Little Pocket area, 88-year-old Hilde Tetlow recently wondered why her street had been dug up, leaving a stark black line where the new water main was set.

Tetlow said there has never been a single problem with the water main that ran through the back yard of her 1960 home. “No one asked for my input, this just happened,” she said. The DOU says it gives notice to residents when major construction is going to take place near homes.

SN&R also has learned of two more broken gas lines in Land Park. The first incident happened on November 11, on Markham Way. A second occurred when a PG&E crew installing a new water line to a home on Land Park Drive cut though a gas line. While a variety of factors have to come together to cause a gas explosion, PG&E considers any severed gas line to be a serious incident. In both cases, the contractor doing the work, Teichert Construction, appears to have taken short cuts with what is called “potholing,” a time-consuming process legally required to locate gas lines.

Watchdog group Eye on Sacramento says it will file a complaint with the county’s grand jury this month, asking for an investigation of the city’s water-meter plan. Executive director Craig Powell says he hopes a U.S. Attorney will also investigate.

Assistant city manager John Dangberg played a key role in the water-meter project’s conception. In an August interview with SN&R, he acknowledged that he and the Department of Utilities objected to a 2011 city audit, which disagreed with aspects of the DOU’s plan. “Sometimes audits are just wrong. The IRS is wrong sometimes,” Dangberg said.

Less than three months later, his boss is saying that Sacramento needs to look at whether it made some wrong moves.

This post originally appeared in the Sacramento News & Review.

Joe Rubin is an Emmy Award–winning investigative reporter based in California.