Essure, a device that represents the only permanent, non-surgical form of contraception, will no longer be available for purchase anywhere in the world except for America, though the U.S. Food and Drug Administration continues to monitor the device's safety and efficacy.

Bayer, the manufacturer of Essure, said it made the decision to discontinue the distribution of the device purely for commercial reasons, and that it was “unrelated to product safety or efficacy.”

“More than a decade of science and real-world clinical experience support the safety and efficacy of Essure,” said Bayer spokesperson Courtney Mallon. “Bayer's decision does not impact the sale or marketing of the product in the United States, where there continues to be demand despite the recent inaccurate and biased reporting.” 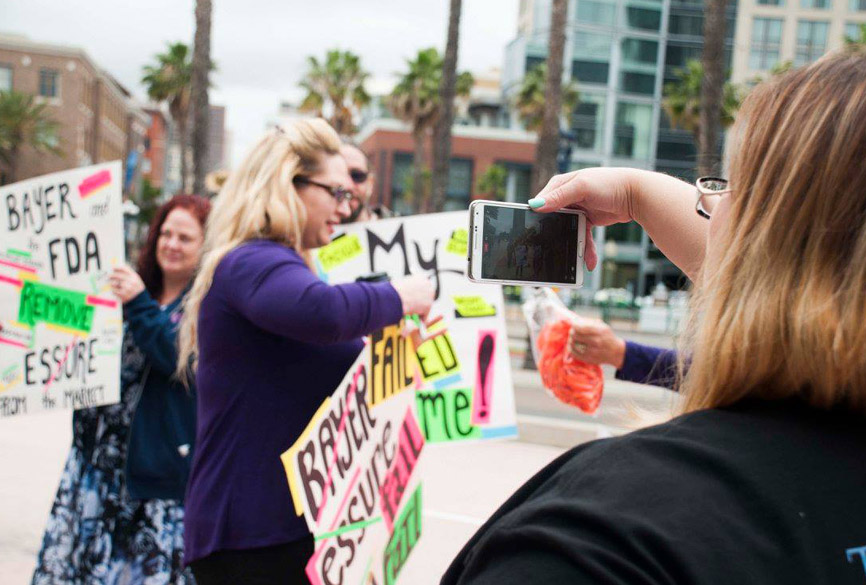 A rally outside of the Annual Clinical and Scientific meeting of the American Congress of Obstetricians and Gynecologists in San Diego, May 6th, 2017.

On Aug. 30, Australia's Department of Health issued a hazard alert for Essure and withdrew the device from store shelves across the continent.

“There have been reports of changes in menstrual bleeding, unintended pregnancy, chronic pain, perforation and migration of the device, allergy/hypersensitivity, or immune-type reactions,” the alert reads. “Some of these reports were considered serious and resulted in removal of the device, which involved abdominal surgery.”

Bayer's Mallon said the company “stands behind” the Food and Drug Administration's benefit-risk profile of Essure, which was updated in November concurrent with an FDA boxed warning about possible side effects.

“The Food and Drug Administration states on its website that it 'continues to believe that the benefits of the device outweigh its risks, and that Essure's updated labeling helps to assure that women are appropriately informed of the risks,' Mallon said.

In addition to the boxed warning, the FDA has required Bayer to do a controlled study on Essure, the final results of which are due in 2023.

In a statement, FDA spokesperson Deborah Kotz said the FDA was consulting with regulatory authorities in Europe regarding their decision to suspend Essure's commercial license. Kotz also stood behind the benefit-risk profile of Essure, but said more clinical data is required to fully evaluate the potential complications for women who use Essure.

”Women considering Essure should be informed about the potential benefits and risks of this type of device,“ Kotz said. ”The boxed warning on the device labeling includes statements to clearly communicate significant side effects or adverse outcomes associated with this device and information about the potential need for removal.“

In a recent Investigative Fund story in collaboration with The Washington Post Magazine and Reveal radio, reporter Jennifer Block found that while Essure was approved as a safe, minimally invasive contraceptive device by the Food and Drug Administration in 2002, thousands of women are now coming forward with serious side effects that may stem from its use. Her reporting also looked at the way the FDA assesses medical devices in particular, raising questions about why the devices division holds products to lower safety standards than the drug division does.

The FDA has received more than 16,000 reports of adverse side effects related to the device. Nearly 9,000 of the small devices have been surgically removed since 2002, many by hysterectomy – a substantial surgery to remove a device created to provide permanent contraception without the need for surgery through tubal ligation. On Monday, women held a rally on Capitol Hill to bring attention to the what they are believe are its dangers.

While Bayer maintains that Essure is an effective and safe form of birth control, women have experienced myriad symptoms, from hair loss and joint pain to pregnancies, miscarriages and stillbirths. Out of the thousands of adverse event reports submitted to the FDA about Essure, four reported adult death associated with the device, though the FDA notes that ”confirming whether a device actually caused a specific event can be difficult based solely on information provided in a given report.“

Keisha Carney, who suffered a range of symptoms including extreme fatigue, abdominal pain, and tooth decay, and hair loss while using Essure, told the Investigative Fund that she felt betrayed by those who deemed the device safe. 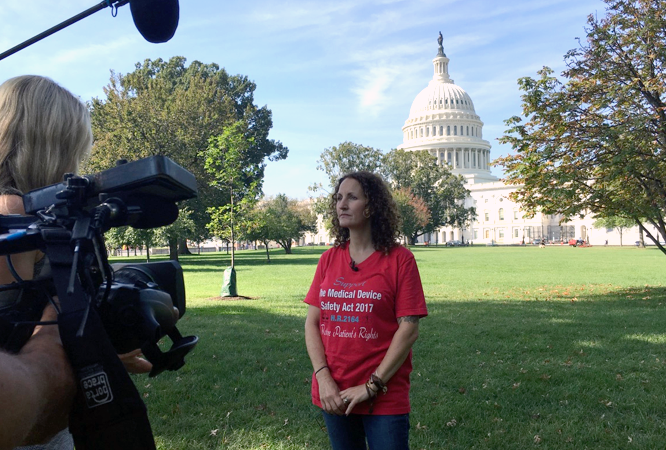 ”Whoever said, 'Yes, we can put this on the market,' sometimes I wish they would have to endure what we've gone through,“ said Carney, who had a hysterectomy to remove the device at the age of 36. Many of her symptoms disappeared after her surgery.

Also following our investigation, Consumer Reports cited our reporting in a piece warning women of the sometimes serious medical complications that arise from Essure.

”Doctors have been slow to recognize the trouble with Essure, and in many cases unprepared to treat women who want or need the device removed,“ said Lisa McGiffert, director of Consumer Reports' Safe Patient Project. ”That's a huge problem for consumers because the medical issues associated with this device can be quite serious.“

Bayer faces more than 3,700 lawsuit in the U.S. related to Essure, though medical devices receive FDA immunity from lawsuits alleging defective or dangerous manufacturing or design.

While more than half a million women have been implanted with Essure, sales have sharply declined in recent years. According to Athenahealth, a medical billing management company, sales of Essure among the 1,938 U.S. medical providers in its database who implant it have dropped by 70 percent since 2010.