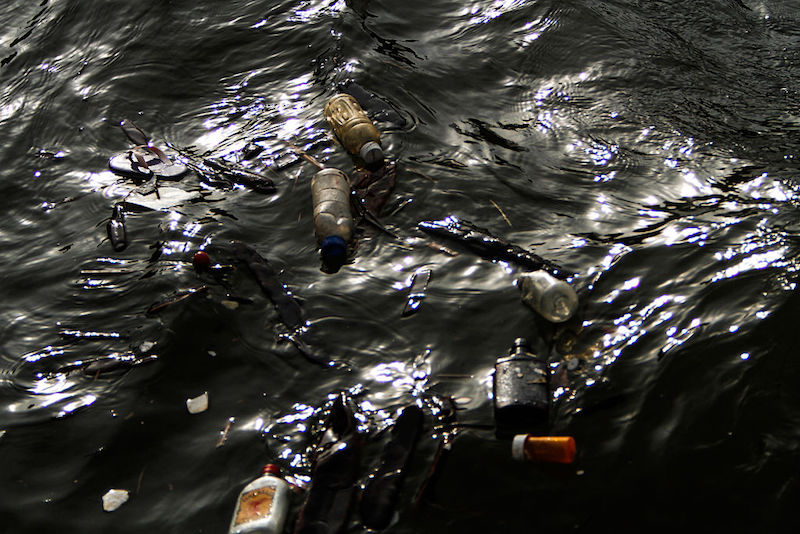 There are just over 5,000 people in Rye, New Hampshire. So when Mindi Messmer heard that four of them — all children — had developed an exceedingly rare cancer, she knew something was gravely wrong. Messmer, who had worked as an environmental consultant for 30 years, called Tom Sherman, who was her representative in the state legislature, to discuss what she feared was an environmental crisis.

The call was a first step in bringing the cancers — and, along with them, Messmer — into the public eye. That was in 2014. Within two years, the state Department of Health and Human Services acknowledged that the children’s illnesses constituted a rare official cancer cluster. Maggie Hassan, who was then governor of New Hampshire, set up a task force to investigate what became known as the Seacoast cluster and asked Messmer to join it. And in May 2016, less than a week before the filing deadline, Sherman, who had decided to run for state Senate, suggested that Messmer run for his seat in the state legislature.

“I said, ‘What are you crazy?’” remembers Messmer, who was in graduate school and running her own consulting business at the time. But after a week spent mulling both the cancers and a number of worrying pollution hotspots in the district, including a landfill that has been designated a Superfund site, several manufacturing sites, and a military base contaminated with firefighting foam, she decided to run.

Though she was a Democrat running in a heavily Republican district, Messmer won the seat in large part by focusing on water pollution and cancer. In her first year in the state legislature, three of her bills — all related to the environment and health — passed with bipartisan support. Messmer also fought to lower the state’s water standards for PFOA and PFOS, two chemicals in a class known as PFAS, which have been linked to cancer and other diseases. Both PFOA and PFOS have been found at the contaminated sites in her district.

Now Messmer is hoping to bring her focus on the need for clean drinking water to Washington. And while her environmentally inspired campaign to represent New Hampshire’s 1st District may seem anomalous, she’s not the only one who’s hoping to win a seat in Congress by tapping into the wave of bipartisan outrage about health and water pollution. She’s not even the only midterm candidate who’s focusing on PFAS chemicals.

Matt Morgan, who is running for Michigan’s 1st Congressional District, recently sent out a campaign email focusing on the PFAS compounds, which have contaminated water near several military bases in his district.

“As a retired Marine who was personally involved in the closure and environmental remediation of two 60-year-old Marine Corps air bases, I know firsthand the responsibility our military departments have to fully address environmental issues to the standards of surrounding communities,” Morgan wrote in the May 23 campaign email, which went on to note the EPA’s recent efforts to suppress an HHS study that calculated safety standards for PFOA and PFOS that were much lower than its own. “An Environmental Protection Agency is meant to keep our citizens safe, not silence the truth in order to avoid responsibility.”

Nationally the scandal surrounding the PFAS study has played out largely along party lines, with several congressional Democrats demanding an explanation from Scott Pruitt, Trump’s appointee to head the EPA, and critiquing both his handling of the PFAS study and his exclusion of many reporters and representatives of affected communities from the recent “leadership summit.” But Morgan feels the issue strikes a much different political note in his district.

“If your drinking water is affected by these chemicals, you don’t pause to think about whether you’re a Democrat or a Republican,” said Morgan, who likes to fly-fish in his spare time. “One of the groups most concerned about this is the anglers of the Au Sable,” a river in his district where, since 2012, the health department has issued warnings about fish consumption due to chemical contamination. “I fish with Democrats and Republicans alike who are gravely concerned about that.”

Morgan may be right that some Republicans may be willing to cross party lines for environmental issues in the upcoming congressional races. According to an April poll by Change Research, 75 percent of 1,338 respondents wanted their member of Congress to fight harder for clean air and water, and 90 percent felt that Trump’s environmental policies would make them more likely to vote for Democrats in the midterm elections.

In North Carolina, the contamination of drinking water with GenX and other PFAS chemicals already swayed the usual course of partisan politics in November, when the state’s two Republican senators withheldtheir support of Michael Dourson, Trump’s nominee to head the Environmental Protection Agency’s Office of Chemical Safety and Pollution Prevention. Dourson, who was responsible for setting a state standard for PFOA that was thousands of times higher than the EPA’s current safety level, later withdrew from consideration for the position.

Since then, ongoing concerns about the PFAS chemicals have seeped into the race to represent the state’s 7th Congressional District, which includes Wilmington, where water has been polluted with GenX and other PFAS chemicals. Parts of the district are also grappling with water contamination from coal ash and animal waste from agriculture.

“Everyone here is concerned about the water,” said Kyle Horton, a physician who is running as a Democrat for the seat against Republican incumbent David Rouzer. “If it’s not their top issue, it’s in their top five.”

Horton had already launched her campaign before she learned about the GenX contamination last summer. Soon after the news broke, she saw interest in the issue balloon. To her surprise, a clean water rally she had scheduled on a workday last June drew 150 people, even though she had announced it just a few days earlier. And at every one of the nine town hall meetings she has hosted, people have shared concerns about drinking water.

“I’ve had moms in particular that express to me that they can’t afford to buy bottled water every day, but they’re horrified to open their tap and put that water into their kid’s sippy cup,” said Horton.

Horton likes to point out that Rouzer, her opponent, has taken money from DowDuPont, the giant company that formed last year after the merger of Dow and DuPont, which created GenX. She has a policy of not accepting money from chemical or fossil fuel companies.

Horton doesn’t mince words about the Republicans, who she feels have “rubber stamped an agenda of extremism in regard to the basic regulation.” But she recognizes that the environmental problems at the forefront of her campaign are bigger than any party.

“There is a fundamental culture that lacks transparency when it comes to big corporate polluters,” said Horton, who sees North Carolina’s GenX crisis as having “everything to do with Fortune 500 companies like Dow, DuPont, and Chemours, which get 100 percent of what they want because they’re doing fundraisers to make sure they’re in the ears of our politicians every day.” (DowDuPont contributed $278,750 to candidates running for House seats in the midterm elections, as of May 21. Fifteen percent of those contributions went to Democrats.)

Water issues are infusing her race — as well as Morgan’s and Messmer’s — because their districts are among those hardest-hit by PFAS contamination. But much of the rest of the country is likely not far behind. If very low levels of the chemicals are unsafe, as the HHS study suggested and some scientists have been saying for years, then up to 28 percent of all water utilities in the country may be providing unsafe water.

“This could be as bad as the Flint water crisis, except that it’s everywhere,” Morgan said of PFAS contamination. “Everywhere you had an air base or a large airport, you’re going to see this issue.”

“The problem is larger than we know,” agreed Messmer, who has been tracking the global impacts of a range of drinking water issues from Syria to Puerto Rico, where households went an average of 68 days without clean water after Hurricane Maria, according to a study released last week. Between climate change and increasing chemical contamination, “you’re talking about lots of stresses on available drinking water,” said Messmer.

While the recent approach to these environmental problems has been dominated by the suppression of scientific information, Messmer, Morgan, and Horton have instead decided to put issues of water contamination front and center in their campaigns. In November, we’ll see whether their strategy paid off.