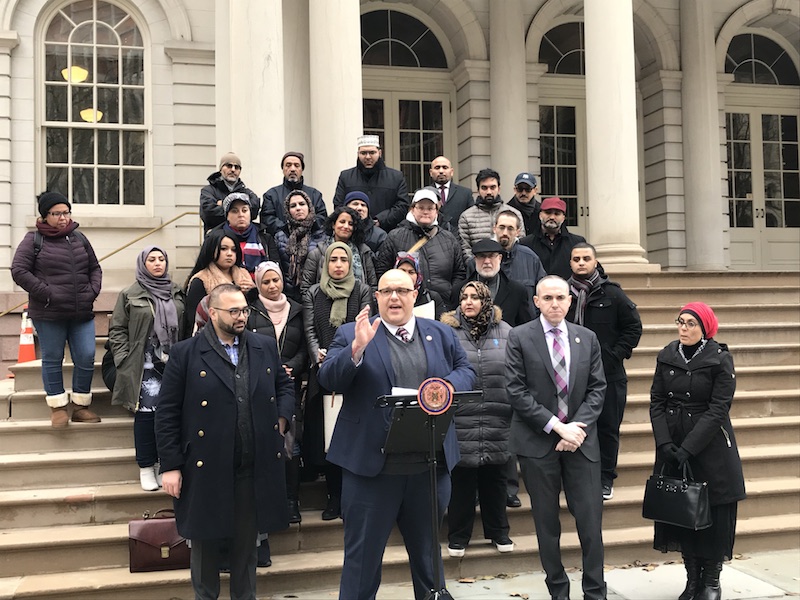 For years, the Arab-American community in New York City has fought for language access in elections. Now, city lawmakers want to take down one language barrier by providing interpreters across select election districts.

At a press conference Tuesday, New York City council member Justin Brannan announced legislation mandating that the city’s Voter Assistance Advisory Committee provide Arabic interpreters at all poll sites in districts with 50 or more Arabic-speaking voting age residents with limited English proficiency (LEP). Council member Mark Treyger, also at the press conference, introduced a similar bill to provide interpreters in all designated citywide languages that are not already accommodated by the Board of Elections.

Brannan represents one of the country’s largest Arabic-speaking communities, and language access has long been a bone of contention between members of the community and election officials. Under the federal Voting Rights Act (VRA), the New York State Board of Elections is only obligated to provide interpreters in languages that are on a list created in 1975. Election officials are required to translate all written materials into covered languages and to hire interpreters for those languages. But languages like Arabic, Haitian Creole, and Russian, which are not on that list, do not qualify for federal accommodation regardless of the population in need.

In a recent investigation in partnership with The Nation, The Investigative Fund revealed there are 5.78 million eligible LEP voters who are not accommodated under the Voting Rights Act.

Earlier this month, voters approved the creation of a new Civic Engagement Commission that will expand language access for voters, to be implemented by 2020. This will leave Arabic-speaking voters without interpreters in three upcoming special elections in 2019 to replace outgoing Public Advocate Letitia James.At Brannan’s press conference, Somia Elrowmeim, programs manager at the Arab American Association of New York, spoke about interpreters being turned away on election day and voters being unable to fully understand their ballots. “All voters deserve access to election materials provided in a language and format they understand, because if they don't have access they can't really vote fairly,” she said.

For activists, Tuesday was a day of faith rewarded. Dr. Ahmad Jaber, a well-known community figure and obstetrician, said he was there to “celebrate” the trust his community had given Brannan to end the longtime impasse on language access for Arabic-speaking voters.

Council member Treyger is sponsoring a similar bill that would provide interpreters in the city’s designated languages not currently accommodated by the Board of Elections. Languages are “designated” based on population size — Arabic, Russian, Haitian-Creole, Urdu, French and Polish are all designated, but not currently accommodated because they are not on the VRA list. Arabic could lose this designation in the future based on demographic shifts. If both bills pass, Brannan’s bill would be an additional safeguard for Arabic-speaking voters.

Treyger, the son of Russian immigrants, told the audience a story of a Russian-speaking poll worker being threatened by his supervisor for speaking in an “unauthorized” language to a voter. “[The Board of Elections] believe that interpreting information about where to vote is electioneering. That is outrageous,” he said.

Staffers for the two council members said they were open to reconciling the bills at a later point and that they hope the bills will receive hearings early next year. 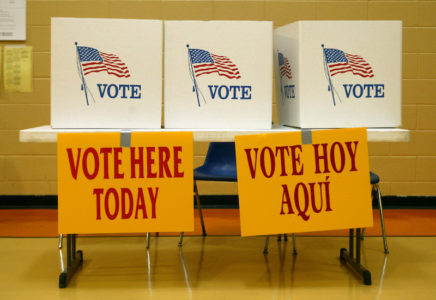 But in southern Brooklyn, they may have swung an election. 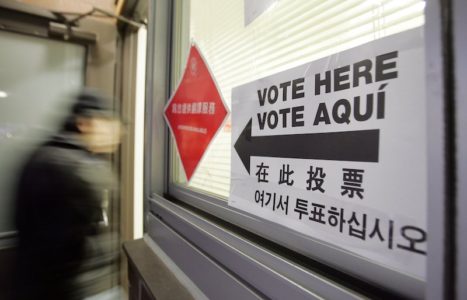 Whether they get translation services at the polls could swing 20 congressional races.