On Thursday the American Civil Liberties Union and Lambda Legal sued the Trump administration and the state of South Carolina over a religious exemption — one that permitted the child placement agency Miracle Hill Ministries to discriminate against prospective foster care parents based on its professed evangelical Christian beliefs. Miracle Hill had turned away plaintiffs Eden Rogers and Brandy Welch as prospective foster parents earlier this year because, according to the complaint, Miracle Hill told the couple, members of a Unitarian Universalist Church, that their faith “does not align with traditional Christian doctrine.” The complaint also alleges that the pair was rejected because of Miracle Hill’s refusal to place foster children with same-sex couples.

As Type Investigations and The Nation reported last year, South Carolina Gov. Henry McMaster, an ally of President Donald Trump, asked the federal Department of Health and Human Services to grant Miracle Hill a religious exemption after the state’s social services department warned that the agency’s state license was at risk over potential violation of state and federal anti-discrimination laws. HHS granted the exemption in January, ensuring that Miracle Hill’s license remained intact. The government-funded ministry is now free to turn away prospective foster parents like Rogers and Welch, a lesbian couple, or Aimee Maddonna, a Catholic woman who also sued HHS in February after Miracle Hill — which requires that every prospective foster care parent “be an active participant in, and in good standing with, a Protestant church” — turned her away.

Rejecting prospective foster parents based on religion, argues Leslie Cooper, deputy director of the ACLU LGBT & HIV Project, violates both the Constitution’s Establishment Clause, which prohibits government endorsement of religion, and the Equal Protection Clause. Because the government is prohibited from discriminating based on religion, any “agencies providing this service on their behalf” cannot discriminate either, according to Cooper. But with its exemption from the Trump administration, Miracle Hill has been given explicit permission to do just that.

Such religious refusals are precisely what the Trump administration and its allies on the Christian right are pressing for — not just in South Carolina, but across the country. According to Currey Cook, an attorney with Lambda Legal, which is representing Rogers and Welch, eight states — Alabama, Kansas, Mississippi, North Dakota, Oklahoma, South Dakota, Texas, and Virginia  — permit religious refusals in adoption or foster care placements. Michigan became the first state to specifically invalidate such refusals when, in March, it settled a lawsuit with the ACLU; the settlement stipulates that religious child placing agencies may not discriminate against same-sex couples. In Pennsylvania, in April, a federal appellate court rejected a claim by Catholic Social Serviceshad infringed on its religious rights by requiring the agency, which receives city funds, to place children with all qualified families, including same-sex couples. Cooper said advocates are anticipating that the case will be appealed to the U.S. Supreme Court. Earlier, as the appeal was pending, three dozen Pennsylvania state lawmakers reached out to HHS, piggybacking on McMaster’s efforts, to request that religious child placement agencies in their state be exempted from HHS regulations prohibiting discrimination based on religion, sexual orientation, or gender identity.

The new South Carolina lawsuit comes amid a flurry of other activity within the Trump administration — particularly at HHS — that aims to protect the alleged religious liberty of conservative Christians and eviscerate protections for LGBTQ people enacted during the Obama era. Last week, the HHS Office of Civil Rights announced it had initiated the process of rolling back an Obama-era regulation that protects transgender patients from discrimination in the provision of health care. That same day, an administration official told the news site Axios that the Office of Civil Rights was considering a reversal of an Obama-era regulation barring discrimination by child placement agencies based on sexual orientation or gender identity, either by rescinding the rule altogether or granting a broad religious exemption like the one requested by the Pennsylvania lawmakers. Such an action would allow child placement agencies across the country to use taxpayer dollars to discriminate against prospective foster parents on the basis of sexual orientation or gender identity simply by invoking their religious beliefs.

As Lambda Legal’s Cook points out, HHS cannot rescind the Obama-era nondiscrimination regulation without going through the required procedures for changing a federal regulation, including a public comment period. And a wide-ranging, nationwide religious exemption would likely face prompt constitutional challenges. But years-long court challenges may be cold comfort to vulnerable foster children, who could be denied a stable home if the government, charged with protecting them from harm, prioritizes the religious claims of child placement agencies over the rights of qualified prospective parents to open their homes, free of discrimination. 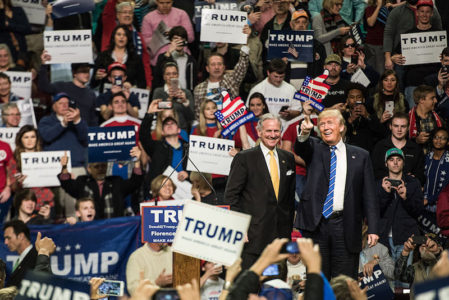 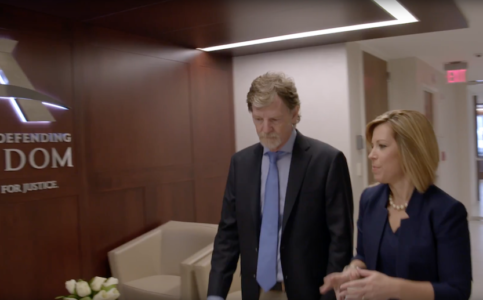 A special investigation into the rise of Alliance Defending Freedom.