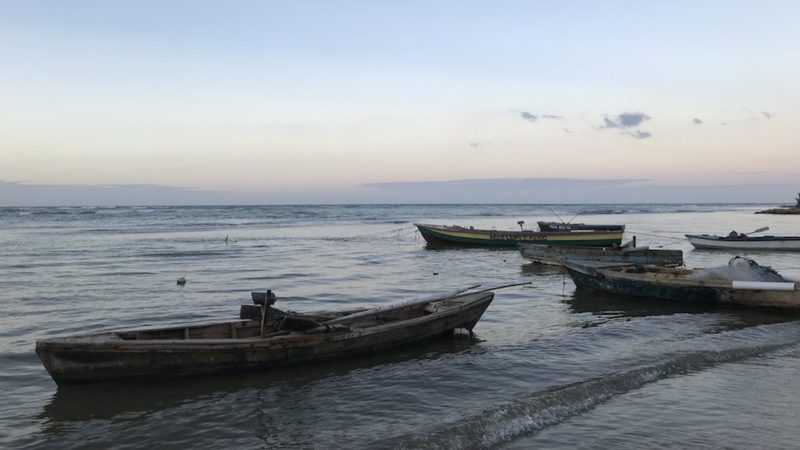 That story found that each year, hundreds of suspected drug smugglers are stopped in international waters by U.S. officials and brought aboard Coast Guard vessels where they are held for weeks at a time. There, these suspects allege that they are chained by their ankles to the ship decks, exposed to the elements, and left to sleep on only cardboard or thin rubber mats. While held on the ships, these suspects say are not provided access to attorneys, their consulates or their families.

In September 2017, the four Jamaican plaintiffs, along with another companion who did not join the suit, were spotted in their fishing boat in the Caribbean traveling near a route known for drug smuggling from Jamaica to Haiti. The men all say they were simply on a fishing trip off the eastern end of Jamaica and were blown off course when the weather turned unexpectedly stormy. But they were pursued by a US Coast Guard patrol boat and captured, suspected of smuggling marijuana from Jamaica to Haiti. The men allege that the Coast Guard then detained them aboard a series of U.S. ships for 32 days, holding them incommunicado, shackled by their ankles to cables on deck. They say they were then left for most of that time outside, exposed to hot sun and sea spray, and to the pounding rains and winds of Hurricane Maria.

After more than a month at sea, the Coast Guard delivered the men to Florida to face criminal charges for drug trafficking.

“The worst thing about it was the only thing our family could believe was that we’re dead,” said one of the plaintiffs, Robert Weir, 31, in an interview I conducted with Weir last year when he was incarcerated in the United States.

These high seas detentions proceed under a three-decade-old Maritime Drug Law Enforcement Act, which deems drug smuggling anywhere in international waters to be a crime under U.S. law. Weir and his co-defendants were initially charged under the law. Coast Guard officers said in statements filed in the case that they found marijuana floating in the water about a mile behind the boat and suspected the men had thrown it overboard.

Once in court in Miami, the case quickly fell apart. A swab of the fishermen’s vessel had detected no marijuana residue. An assistant U.S. attorney told a federal judge that “trying to prove that that marijuana was on that boat without a witness would have required a miracle.”

The Jamaicans were offered a plea deal: If they told the judge that they had lied to Coast Guard officers about their plans and were in fact bound for Haiti, they would serve a short time in prison and be deported home. The men, who continue to maintain their innocence, agreed to the offer because they believed it was their quickest way home.

In addition to alleging abusive detention conditions on the ships, the men claim that their detention was arbitrarily prolonged. During their 32 days at sea, the complaint alleges, they were brought to various U.S. ports — first to the Guantánamo Bay Naval Base, where they were transferred to a second ship and returned to sea, then to ports in the U.S. Virgin Islands and Puerto Rico — but were not delivered for arraignment.

The complaint also alleges that the men have been left with psychological scars and in financial straits: Hours after detaining the men, the Coast Guard shot up and burned their fishing boat, sinking it in the sea. It had taken Patrick Ferguson, one of the fishermen, years’ worth of savings to buy the boat, which was the foundation for their livelihoods.

The Coast Guard said it treats detainees in accordance with the law, and argued that the long delays were justified, saying, “the transfer of criminal detainees, suspected of crimes on the high seas, is a complex endeavor.” Regarding the prolonged detention of Weir, Ferguson and their fellow fishermen, the Coast Guard said that Hurricane Maria had complicated its operations during the period of their detention. But evidence indicates that lengthy detentions have continued in the Caribbean long since the chaotic aftermath of the 2017 hurricane. In March 2018, four other Jamaican men were held aboard Coast Guard cutters for one month before being delivered to Florida, where they were also charged with trafficking marijuana.

After serving 10 months in a U.S. prison, Weir and the other fishermen were deported to Jamaica. They returned home with their lives in shambles. Weir remains confounded that he was pulled out of Caribbean waters and delivered to the United States. “How can they do that?” Weir told me. “Why’d they take us to America? Why, when we never been to America, never was going to America?” 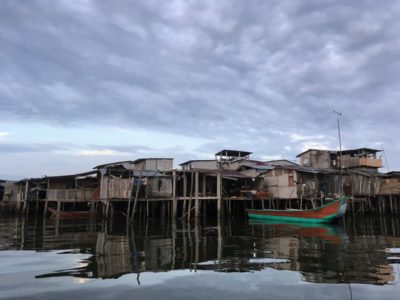 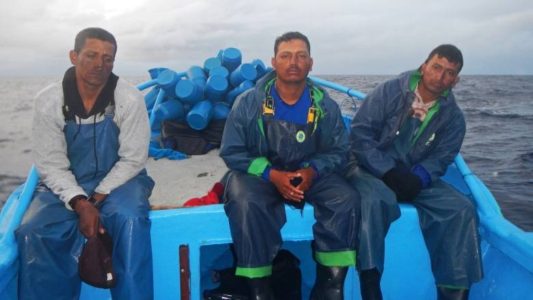