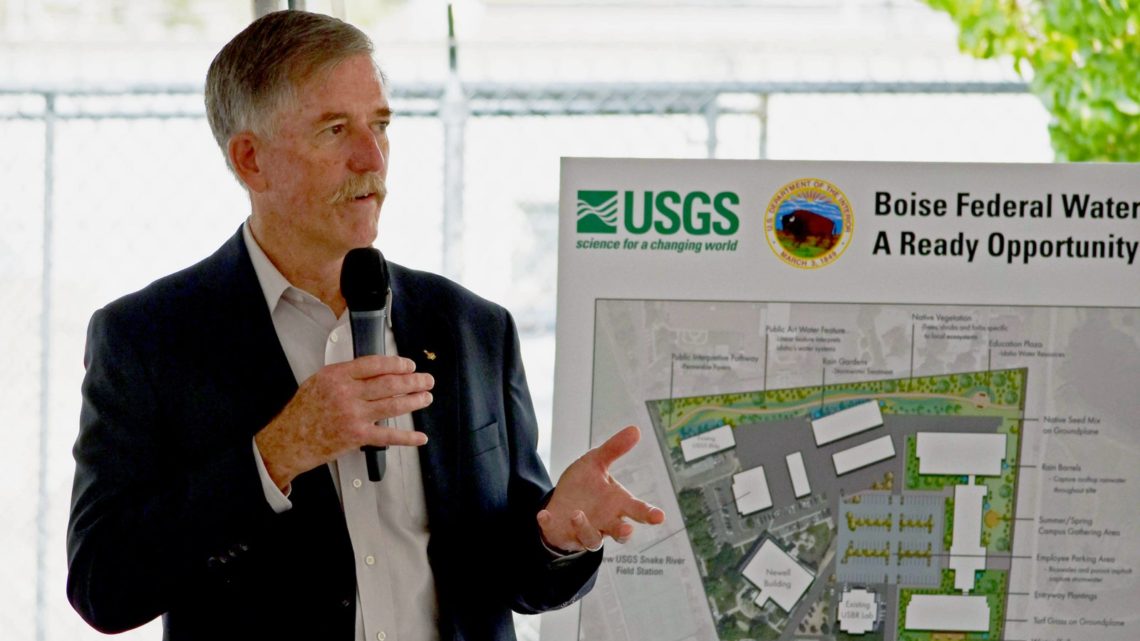 “If you vote for Biden, he’ll listen to the scientists,” Donald Trump told a crowd of thousands at a recent campaign rally in Carson City, Nevada. The current president, on the other hand, has routinely taken pride in dismissing the recommendations of federal scientists, whether on the handling of the pandemic or the risks of climate change. On both topics, his contention is the same: that the sorts of policies they might recommend—from measures to control the spread of Covid to participation in international climate accords—would only hamper economic growth. “If I listened to scientists,” Trump said at the rally, “we’d have a country in a massive depression instead of—we’re like a rocket ship.”

Now, in the final days of his first term, there are signs that the Administration’s disregard for scientific expertise may be morphing into outright meddling. On climate change, in particular, the White House seems to be taking increasingly aggressive steps to undermine government research as Election Day draws near. Last month, the acting chief scientist of the National Oceanic and Atmospheric Administration was removed from his position after asking political appointees to acknowledge the agency’s scientific integrity policy, according to the New York Times. That news comes in the context of a recent, broader effort to fill out top positions at NOAA, the government’s leading climate research agency, with hard-line climate skeptics. And just last week, WIRED learned that a Trump appointee’s long-standing plan to distort the use of climate models at the US Geological Survey may at last be coming to fruition.

That plan, which I’ve previously described in detail, would reframe the way the agency uses climate models in its research, in many cases narrowing its time horizon to just 10 or 20 years while leaving out the catastrophic outcomes that might follow in the decades after. This effort has been led by Trump’s USGS director, Jim Reilly, a former astronaut and petroleum geologist who assumed the role in mid-2018. For two years, though, Reilly’s ideas on modeling, viewed as marginal by his agency’s own scientists, have only lived in memos and proposals. They were never made into formal policy.

That may be about to change. On October 19, Reilly’s office sent around a draft of a new chapter for the US Geological Survey Manual called, “Application of Climate Change Models to Scientific Investigation and Policy.” The Survey Manual serves as an operational handbook for agency employees, and includes bureau directives and policies on everything from budgeting and contracting to the agency’s Fundamental Science Practices, which govern its publishing and peer review process. Survey Manual chapters, according to the USGS website, “establish long-standing policies, standards, instructions, and general procedures with Bureauwide applicability.”

The draft chapter, which was obtained by WIRED after it was circulated to senior USGS employees as part of what’s called a “fatal flaw review,” hews closely to a memo Reilly had prepared in 2018 for Ryan Zinke, then the Secretary of the Interior. It defines a set of controversial assumptions and best-practices for climate-modeling work that includes an “initial assessment range” of potential climate impacts that stops at 2045, and prescribed “best case” and “worst case” scenarios for the climate that some scientists consider pollyannaish. Top scientists and advisors at the agency were given five days to respond to the draft.

Some of their responses were scathing. A three-page letter from the agency’s chief scientist and other top advisors , also obtained by WIRED, argued that the new chapter would “cause substantial harm to both the USGS ability to carry out sound, peer-reviewed, impartial science, and to the USGS reputation.” The letter also suggested that the drafting of the chapter—which it said had not been peer-reviewed and lacked sufficient citations and attributions—did not meet agency standards and that it likely violated the USGS scientific integrity policy. (Their “fatal-flaw review” of the document, carried out over just a handful of days, was not equivalent to the more rigorous and deliberative process of formal peer review, according to a senior USGS employee.) The same respondents also noted numerous scientific flaws in the proposed chapter, and recommended that it be subject to a “professional copy edit” for clarity.

The agency did not respond to requests for comment.

Reilly is under no obligation to heed any of this criticism. As the USGS director, he is authorized to sign and approve Survey Manual chapters. If that happens, Reilly’s proposed restrictions on the use of climate modeling would finally be made to stick. “The Survey Manual has the force of policy,” the senior USGS employee told me. “Not following it could be considered misconduct.”

Changes to the Survey Manual are easier to undo than secretarial orders; and if Trump loses the election, a Biden Administration could have the potential chapter withdrawn in short order. If Trump prevails, however, USGS employees might be obligated to follow its guidelines over the long term.

Reilly has recently come under fire for interfering with science elsewhere at the agency. In September, the Washington Post revealed that he’d stalled publication of a research paper on polar bear population dynamics on Alaska’s North Slope. (After the story came out, Reilly reversed course.) The USGS director has also blocked agency research into how Covid interacts with wildlife.

Yet Reilly’s effort to push through his chapter on climate modeling, while circumventing formal peer review, could be taken as an escalation. “I’ve never seen anything like this before,” said one long-serving scientist who asked not to be identified for fear of reprisal. “We’re being asked to follow bad science.”