Liz Donovan
In New York City, the “Ain’t I A Woman?” campaign, part of the National Mobilization Against Sweatshops, holds regular rallies demanding that the 24-hour shift be eliminated.

For about six months during 2013 and 2014, Feng X. Liu spent multiple nights each week at the New York City studio apartment of an elderly man she was assigned to care for as a home health aide.

Overnight, Liu, now 70 years old, was given a small stowaway mattress wedged between her patient’s bed and the portable mattresses of his two daughters, with whom he shared the apartment.

Sleep, though, was rare—throughout the night, Liu said, she helped her patient with frequent bathroom trips, gave him medications and prepared food and drinks.

In spite of the round-the-clock care, Liu’s employer paid her only for 13 hours of that shift, according to a complaint filed in federal court. Those missing wages are at the heart of the lawsuit filed by Liu and five other home health aides, all Chinese women ranging in age from 56 to 70, employed by the same New York City-based company. On Dec. 13, the court approved a settlement of $600,000 from their employer, Scharome Cares Inc., for damages, penalties, and all unpaid wages and overtime.

New York State guidelines and federal regulations mandate that home health aides working 24 hours at a client’s home get eight hours for sleep and three hours of meal breaks, all unpaid. Many home health aides, including the plaintiffs in this case, have argued that this rule routinely leads to underpayment because their patients actually need constant attentive care, leaving the aides little time to sleep or take breaks.

Home health aides in New York have publicly called on the state to address the problem. In September, Type Investigations, in partnership with The New York Times and Columbia Journalism Investigations, published a year-long investigation into the plight of home health aides during the pandemic. Many of the more than 50 workers interviewed around the country complained of late or unpaid wages, precarious working conditions, and economic instability. The 24-hour shift was one of their major concerns.

“I don't think our clients are any different from basically every other homecare worker who works the 24-hour shifts,” said attorney Carmela Huang, who represented the plaintiffs on behalf of the Legal Aid Society alongside pro bono counsel Kasowitz Benson Torres LLP, in the suit against Scharome Cares.

Scharome Cares did not respond to a request for comment. In its response to the complaint, Scharome Cares denied the allegations that the workers were unable to take required breaks and sleep time, that they did not receive overtime, or were paid less than minimum wage. In the settlement, the company did not admit wrongdoing.

The complaint, filed with the U.S. District Court for the Southern District of New York, also named the managed long-term care company, Elderplan, Inc., as a defendant, arguing that the company had played a role in limiting the hours for which the plaintiffs had been paid. Huang said she was not aware of any previous cases that named a managed long-term care company.

Elderplan did not contribute to the financial settlement and did not respond to a request for comment. Huang told City Limits that she plans to include managed long-term care plans as defendants in future similar cases.

“Effectively, the agencies, they just don't have the money to pay,” Huang said. “They operate on such thin margins.”

This is not the first time that Scharome Cares faced worker complaints related to unpaid breaks. The company was one of more than 40 home care agencies investigated by the city’s Department of Consumer and Worker Protection (DCWP) as part of an initiative launched in 2017.

The city’s investigation memo, obtained through a public records request, noted that non–English-speaking employees of Scharome Cares interviewed during the process “appeared to be unfamiliar with their rights” or unsure of how to exercise them, as policies and notices provided to them were in English.

Of the 18 workers interviewed for the report, 15 told the investigator they did not believe they were allowed to leave their workplace for meal breaks. The company was ultimately found to be in compliance with the city’s Paid Safe and Sick Leave Law.

The Scharome Cares settlement comes about a month after two other New York City–based home health companies agreed to pay up to $18.8 million in restitution to approximately 12,000 workers following an investigation by the DCWP and the state attorney general.

The agency found the two companies — Intergen Health, LLC and Amazing Home Care Services, LLC, which are under the same management — to be in violation of multiple New York City and state labor laws: They allegedly failed to compensate workers who used paid time off, disciplined or fired workers for taking unscheduled leave, required workers to submit documentation justifying paid leave and did not provide workers with a written paid sick leave policy. The companies agreed to revise their policies.

The investigation, the agency’s largest to date, is part of a proactive effort by the city to crack down on home care agencies in violation of city law and other labor protections. The companies join 32 other home health care agencies that have entered into settlements with the DCWP following agency investigations.

“Home care workers—who are primarily women and people of color—are essential workers who provide vital support for our vulnerable loved ones and too often face exploitative working conditions,” DCWP Commissioner Peter A. Hatch told City Limits and Type Investigations in a statement. “We will hold companies that withhold these workers’ rights and violate City laws accountable.”

When the state’s legislative session resumes on Jan. 5, lawmakers may consider a measure to increase the base pay of home care aides to at least 150 percent of the regional minimum wage (currently $15 in New York City). The Fair Pay for Home Care Act was introduced by Senator Rachel May in March and is currently sitting in committee.

“We knew long before COVID that there was a crisis looming in the home care industry in New York,” Sen. May wrote in a statement, noting that wages for workers were stagnant while the aging population continued to grow. “Our goal is simple: provide New Yorkers the care they need to live at home with dignity and pay those providing care for them a dignified living wage.” 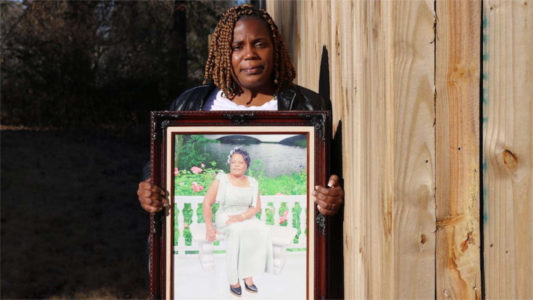 The ranks of home health aides are expected to grow more than any other job in the next decade. What kind of work are they being asked to do?

Liz Donovan reports on climate and environmental justice in New York City for City Limits as a Report for America corps member.