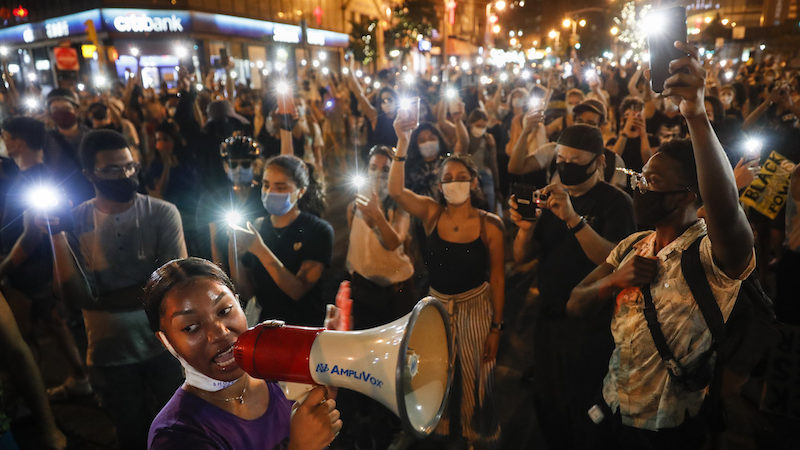 It’s been quite a year, to say the least.

Faced with a global pandemic, a historic presidential race, and a national reckoning over racial injustice, our freelancers, fellows, and staff sprung into action. We produced dozens of investigations about the state of our world, with a focus on the most vulnerable communities. Here are 10 stories we hope you’ll revisit in these final days of the year:

Type Investigations Data Editor and Knobler Fellow Taylor Elizabeth Eldridge surveyed police departments in the country’s 50 largest cities for this collaboration with The Marshall Project. Thirty-seven departments said they provide first aid training, but only 20 said they offer refresher courses, and only 14 said they require them.

Children Were at Risk so Detroit Promised to Halt Demolitions. But That Didn’t Happen.

Even after elevated blood lead levels were found among children who lived near demolition sites in Detroit, demolitions continued to be approved, reported Ida B. Wells fellow Kat Stafford in partnership with the Detroit Free Press.

Type Investigations Chief of Research Maha Ahmed convened a group of industry fact-checkers from outlets including The Nation, The Intercept, and Mother Jones for a roundtable discussion on how fact-checking can inform and improve reporting, particularly on policing and criminal justice.

Deep State, Deep Church: How QAnon and Trumpism Have Infected the Catholic Church

Early Voting Was Supposed to Make Our Lives Easier. How Well Did It Work?

Early voting broke records this year, but as Type Investigations Associate Editor Richard Salame reported in an investigation with Votebeat, its success varied widely by location. Salame also reported on the Trump campaign’s false claims of voter fraud in Pennsylvania and the risk of mail-in ballots going uncounted.

Domestic Terror in the Age of Trump

David Neiwert worked with Reveal to unveil an updated database of domestic terror incidents, which showed a sharp rise in lethal attacks by far-right extremists since Donald Trump took office.

Retail COVID-19 Testing Is a Massive Failure for Black Communities

The White House announced a “historic public-private partnership” of COVID-19 testing sites nationwide, but among 63 sites opened in the first month, only eight were in Black neighborhoods, reported Ida B. Wells fellow Aaron Ross Coleman in partnership with Vox.

U.S. prosecutors charged more than 100 people with felonies for crimes connected to civil unrest during the first week after George Floyd was killed, in what experts describe as an unprecedented use of federal power, reported Aaron Miguel Cantú in partnership with The Intercept.

An Epidemic of Domestic Violence in Puerto Rico

After Hurricane Maria, the number of women killed by their partners doubled. In partnership with GEN, Ida B. Wells fellow Andrea González-Ramírez interviewed survivors who said the government’s misguided response has put more lives in danger. Also available in Spanish.

The Trump Team Has a Plan to Not Fight Climate Change

It may take decades to see the worst effects of global warming, reported Type Investigations fellow Adam Federman with Wired. Yet Jim Reilly, the director of the U.S. Geological Survey, sought to ensure that climate change models focused only on the shorter term.

These stories take time and resources — if you’d like to help, please click here to support our NewsMatch campaign.