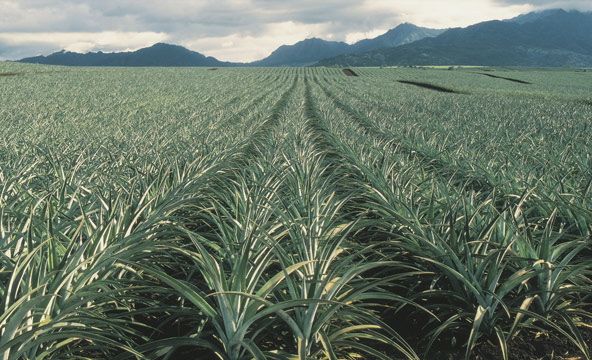 On September 1, the Department of Justice leveled the largest human trafficking indictment in US history. The accused, a Los Angeles-based labor contractor named Mordechai Orian, and five accomplices in the United States and Thailand were charged with recruiting more than 400 Thai farm workers, enticing them with false promises of three years’ employment in the United States, charging them enormous recruiting fees which the workers borrowed heavily to pay, then using the threat of early termination to exploit their indebtedness. The Thais were delivered to farms in over a dozen states only to discover, upon arrival, that work hours were sporadic and far short of what was promised back in Thailand.

Shortages of food and threats of violence by superiors were common. Thais who dared to complain were threatened with summary deportation — a threat which meant certain forfeiture of family homes and ancestral land in Thailand which had been posted as collateral to get these coveted American jobs in the first place. Rumor has it that the cases of another 500 workers will soon be added to a new, superceded indictment (Orian’s company, Global Horizon, had imported 1006 Thai workers in all).

Global Horizons first began attracting attention in 2006. In Florida, Utah, Los Angeles, and Hawaii, Thai farm workers suddenly began making their way to public interest lawyers and community and labor groups, asking for help. They’d been fleeced, they said. They’d paid between $11,000 and $23,000 back in Thailand. They’d been brought to the US. They’d been given a few months work (five months here, eleven months there), and then threatened with deportation. Many had been escorted to the airport and deported by agents of their employers, but many of the Thais, terrified at the thought of losing their homes and putting their extended families out onto the streets, had “run away” and taken jobs in the American underground.

I first learned of the case in 2007. I was finishing a book called Nobodies, about modern slavery in the United States. After seven years of work on the subject, I had a wide network of sources who regularly emailed me about every type of worker exploitation imaginable. Still — 1,000-plus workers? The idea was absurd: in whose mind did it seem like a sane idea to import workers from halfway around the planet to do farm work when we have something like 11 million undocumented Latinos already present, looking for work?

But the story of how long it took for my reporting to see the light of day says a lot about why a scandal of this size could stay hidden for so long.

I pitched the story to 60 Minutes. They were extremely interested. “Human trafficking” always sounds so exciting at first. Over time, however, it became clear that they wanted images of workers behind bars, in chains — preferably female sex slaves with ripped T-shirts. The fact that the Thais were male and had never been tied up, chained, or even (most of them) properly beaten rendered them unsuitable for television journalism. Too complicated. And not visually compelling.

The New Yorker bought the story at the end of 2007. In January 2008, they sent me to northern Thailand to interview the workers. I met dozens of them who showed me reams of bank withdrawal slips: hundreds of thousands of Thai baht, withdrawn form the bank, then a stamp in the passport to come to the US, followed by hundreds of thousands more baht withdrawn from the bank. They were scared. Some of them were already receiving visits from Global Horizon affiliates, thugs saying the workers still owed money. Pay up or we’ll take your house. Legal proceedings were unfolding to take away the farmworkers’ homes and land. The workers expected to lose in the corrupt local courts. It was a classic land grab.

The New Yorker paid for me to fly to Maui, Los Angeles, Salt Lake City. They paid for translators to meet me, they paid for workers to meet me. It was excellent to have resources to see things with my own eyes. I met a Thai named Intajak who’d worked in Maui at the Maui Pineapple Plantation. Martha Stewart Living had written a nice profile of the place and how beautiful it was, including some nice “out of the box” recipes for pineapple. Intajak showed me where his supervisor had carried a knife, and where his supervisor had beaten a co-worker and called the local cops to haul him off to jail. He showed me where he and co-workers huddled, drinking tea made from bush-leaves they’d stripped (it reminded them of a bush from Thailand) to staunch their hunger on nights when dinner rations were too meager to feed the men. He finally showed me where he’d escaped one night, wandering through 12-foot-tall sugar cane stalks to escape.

In the end, the New Yorker spent something like $14,000 on the story and killed it. I can’t really blame them. It was a complicated story whose narrative kept getting bogged down in immigration policy and back story — and it didn’t have female sex slaves with ripped T-shirts. Luckily for me, I had received a grant from The Nation Institute’s Investigative Fund to keep myself together while staying on top of this long-unfolding story. Mother Jones eventually bought the story, and this spring, after several updates and rewrites, they ran it. Four months later, the Justice Department indicted Mordechai Orian.

I have no idea how much of an impact my reporting had upon the Justice Department’s decision to pursue Orian and Global Horizons. I hope it did, but who knows? What I do know is that my piece was the first full-length investigation into his operations.

A case like this takes years to learn about, report, and prosecute — for journalists and for prosecutors. Slavery happens, by design, in places where no one will see it happening. Its purveyors prey on foreigners, powerless populations of people who don’t speak English. It happens to people who are the least likely to speak up about it.

It is not easy for middle-class, English-speaking journalists to learn about such cases, much less gain access to them, investigate them, then figure out how to get mainstream publications to run the story. These publications are losing circulation and advertising dollars. Slavery is a downer. It’s almost marketable if it’s sex trafficking. But a case like Global Horizon? I’m lucky the case saw the light of day.

Beyond the facts of the case itself is the light it sheds on the revived debate over immigration reform. One of the key elements to be negotiated in the next few months or years — whenever we get serious about fixing our immigration policy — is the role of guest workers. Some provisions under discussion allow for increasing the number of guest workers permitted to enter the country by hundreds of thousands. There are both conservative and liberal, business and humanitarian reasons why politicians on both sides of the aisle get behind guest worker schemes. On the one hand, it’s an additional source of cheap, tractable labor. On the other hand, at least in theory, guest worker status is at least, well, legal. It therefore has to be better than workers being here illegally, without protections, right?

Unfortunately, abuse of workers imported under America’s H2-A guest worker program has a long and sordid history. From the long-running Bracero program to Caribbean sugar cane workers in the ’80s, Peruvian and Dominican nannies and hotel maids in the 2000s, and Indian welders working in shipyards and manufacturing facilities across the United States, America’s H2-A and H2-B programs have a nasty habit of yielding slavery and slave-like working conditions with numbing regularity.

As my piece, “Bound for America” (Mother Jones, May/June 2010), about the Global Horizons case makes clear, the realpolitik of temporary worker arrangements ensures that such workers arrive to our shores lacking the necessary power to defend themselves should they run into “bad apple” employers. Workers always borrow money to pay illegal recruiting fees to come to rich countries, and no one in any country I’ve ever studied has been able to solve this problem. The dynamic ensures that workers in every single case arrive with a built-in vulnerability. It is a dynamic, you could argue, that creates “bad apple” employers.

The number of guestworker employment situations that morph into abuse and then slavery is a clear indication of the programs inherent weaknesses. Besides Global Horizons, there have been two other such indictments in the last year alone.

Moreover, there is very little supervision of workers brought in under H2-A. I learned, for example, that somewhere in the Department of Labor’s ranks of inspectors (whose numbers, by the way, have fallen off by half in the last generation) there are exactly two inspectors, nationwide, who speak Thai.

This is all more information than most people can or want to take in. All normal, sane people are against slavery — but almost no one knows what it really looks like. Modern day slavery in the United States is complex. But beyond the myriad details, it remains what it always was: the trapping by one person of another; the theft of another’s happiness, and that of their family.

The details of such cases are always lurid and fabulous. There’s nothing more ironic than reading my interview with Mordechai Orian in his office, framed photo of George Bush behind him, extolling the free market and saying, “Trafficking? The only trafficking I do is when I bring my kid to school and we get stuck in traffic.” Likewise, there’s nothing that brings it all home more sadly than the wife of one of Orian’s victims in northern Thailand, bewailing the fact that she hasn’t seen her husband for four years now, because he’s working in a Thai restaurant in California to service their never-ending sinkhole of debt. There was nothing left of her, she said. “Mot nua, mot dua” — not flesh, not bone.

John Bowe is the author of I Have Something to Say: Mastering the Art of Public Speaking in an Age of Disconnection.