Maha Ahmed is chief of research at Type Investigations. She oversees and coordinates research and fact-checking for a team of editors, investigative reporters, and interns. Previously, she was a news assistant at The Intercept, where she copy edited and fact-checked investigations and news articles, and also produced a weekly email newsletter for the digital publication.

Maha has also reported on criminal justice, technology, gender, municipal politics, and more, for The Intercept, Mother Jones, In These Times magazine, and others. She holds bachelor’s degrees in sociology and public policy.

Sasha Belenky is a senior editor at Type Investigations. As a freelance editor, he has contributed to numerous publications, including HuffPost, NBC News, and Global Press Journal.

Previously, he was a features editor at The New Republic, where he oversaw projects on a wide range of subjects, including the spread of right-wing extremism, the global refugee crisis, the threats posed by climate change, and more. He also served as senior editor at HuffPost and associate editor at The Guardian. Articles he has edited have won numerous awards, including the 2019 James Beard Award for investigative reporting.

Joe Conason is editor-at-large of Type Investigations. He is also founder and editor-in-chief of The National Memo, a daily newsletter and news site. For 18 years he wrote a weekly political column for The New York Observer, where he formerly served as executive editor, and for 12 years he wrote a weekly column for Salon. He previously served as investigative editor of The American Prospect and editor-at-large for Conde Nast’s Details. Before that, he worked for The Village Voice as a columnist, staff writer and national correspondent.

He is the author of several books, including Big Lies: The Right-Wing Propaganda Machine and How It Distorts the Truth (St. Martin’s Press) and, with Gene Lyons, The Hunting of the President: The Ten-Year Campaign to Destroy Bill and Hillary Clinton (St. Martin’s Press), both of which were New York Times bestsellers. His most recent book is Man of the World: The Further Endeavors of Bill Clinton.

His articles and essays have appeared in Harper’s, Esquire, The Nation, The New Republic, The Guardian (London) and The New Yorker, as well as scores of other periodicals. He appears frequently as a commentator on television and radio, including several years as a regular guest on Air America’s Al Franken Show. A winner of the New York Press Club’s Byline Award, he has covered every American presidential election since 1980.

Cassi Feldman is executive editor of Type Investigations. Previously, she was a senior editor of The Appeal, a nonprofit criminal justice news site. Stories she edited there won top awards from the Association of Alternative Newsmedia and the Society of Professional Journalists. She was also bureau chief of Chalkbeat New York, and an associate producer at CBS News's 60 Minutes, where her team won an Emmy for its reporting on Guantánamo Bay.

As a reporter, she covered housing, homelessness, and child welfare for City Limits and the San Francisco Bay Guardian. Her writing has appeared in The New York Times, Newsday, and elsewhere.

Alissa Figueroa is senior editor and senior producer at Type Investigations, where she oversees the Ida B. Wells Fellowship program and produces original video content. She is currently producing a documentary film on police reform as a Knight Wallace Reporting Fellow.

Stories she has edited at Type have appeared in a broad range of national and local print, digital and broadcast outlets, from Cosmopolitan to BuzzFeed News and NBC Nightly News.

She was previously an investigative producer at Fusion, where she helped launch the network’s investigative unit. Her investigative and public service journalism has been recognized with a Robert F. Kennedy Journalism Award, a Clarion award, an NABJ Salute to Excellence Award, and other honors. Her 2015 documentary, Prison Kids: A Crime Against America’s Children, was nominated for an Emmy and selected as a finalist for the Livingston Award for Young Journalists.

Prior to coming to Fusion, Alissa was an associate producer at NBC News. Her work has also appeared on the PBS NewsHour, Marketplace, Nightline ABC, Aqui y Ahora from Univision Noticias and The Christian Science Monitor. 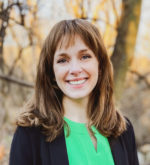 Zoe Heisler is communications director of Type Media Center. Previously, Zoe directed a global team of communications professionals to develop data-driven digital campaigns for clients such as the Center for Constitutional Rights, Defense for Children International, and the American Civil Liberties Union. A media maker at heart, she received her dual B.A. in Journalism and Philosophy from Brooklyn College, CUNY. Zoe grew up near Húsavík, Iceland.

Nandini Rathi is the Don and Doris Shaffer Intern at Type Investigations where she conducts research and checks facts. Previously, she was a staff writer for The Indian Express in New Delhi and in a past life, researched the archives for TV production. She is passionate about tracking disinformation and holds a master’s degree in journalism and international relations from New York University.

Richard Salame is associate editor and a Puffin Foundation writing fellow at Type Investigations. His articles have appeared in The Intercept, The Nation, The Guardian, and more. He has also researched and fact-checked for investigations appearing in Vice, The Intercept, Smithsonian Magazine, The Nation, and other outlets. Richard holds a bachelor’s degree in history and a master’s degree in migration studies. He was previously the Don and Doris Shaffer Intern at Type Investigations. Before coming to Type Investigations he worked at Data & Society Research Institute and was an organizing intern at UNITE HERE! Local 217. 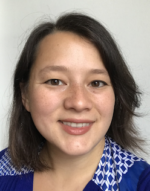 Nina Zweig is a researcher at Type Investigations. She has researched and fact-checked for The Intercept, Longreads, New York, The Atavist, Vox, Grist, and other publications. Previously, she was the Don and Doris Shaffer Intern at Type Investigations, and her writing and reporting have also appeared in Columbia Journalism Review, GEN, and Jewish Currents. Prior to coming to Type Investigations, Nina reported on digital misinformation, with a focus on the far right. She holds a bachelor's degree in English.

Daniel Alarcón
Daniel Alarcón hosts the award-winning Spanish-language podcast, Radio Ambulante, which features long-form Latin American and Latinx stories. He has written for such magazines as The New York Times Magazine, The New Yorker, and Harper’s and in 2008 won a National Magazine Award for an issue he edited of the Virginia Quarterly Review about South America. He currently teaches radio and writing at the Columbia University School of Journalism.
David M. Barreda
David M. Barreda is a visual editor, multimedia producer and journalist. He previously served as a founding editor at Topic, an award-winning digital magazine, and was the founding visuals editor for ChinaFile, where he launched the Abigail Cohen Fellowship in Documentary Photography. He was a staff photographer at the San Jose Mercury News, the Rocky Mountain News, and other newspapers.
Mark Horvit
Mark Horvit teaches investigative reporting as an associate professor at the University of Missouri School of Journalism. Previously, he served as executive director of Investigative Reporters and Editors and the National Institute for Computer-Assisted Reporting.
Jennifer LaFleur
Jennifer LaFleur is data editor at the Investigative Reporting Workshop in Washington, DC, and a journalist in residence at American University. She was previously a senior editor for Reveal from The Center for Investigative Reporting and director of computer-assisted reporting at ProPublica. She is a former training director for Investigative Reporters and Editors and serves on the IRE Board of Directors.
Carrie Lozano
Carrie Lozano is an award-winning documentary filmmaker and journalist. She is currently director of the International Documentary Association’s Enterprise Documentary and Pare Lorentz funds. She also is a lecturer at U.C. Berkeley’s Graduate School of Journalism, where she teaches documentary production and history.
Lynn Oberlander
Lynn Oberlander is chief news counsel at Univision Communications Inc. and an adjunct professor at The New School where she teaches media, corporate responsibility and the law. Previously she was general counsel for the New Yorker, First Look Media, and Gizmodo Media Group, and also a lawyer for NBC and Forbes.
Bruce Shapiro
Bruce Shapiro is executive director of the Dart Center for Journalism and Trauma, a project of the Columbia University School of Journalism that encourages innovative reporting on violence, conflict and tragedy. An award-winning reporter on human rights, criminal justice and politics, he is a contributing editor at The Nation, U.S. correspondent for Late Night Live in Australia, and senior advisor for academic affairs at the School of Journalism, where he teaches ethics.
Keith Summa
Keith Summa was the senior vice president for content and programming with Fusion Media Group and the executive producer of The Naked Truth, an investigative documentary TV series recognized with the duPont Award and the Robert F. Kennedy Award. He previously worked as a producer with CBS News, The Documentary Group and ABC News.
Kai Wright
Kai Wright is editor and host of WNYC’s narrative unit and a columnist for The Nation. His award-winning reporting and writing are focused on healthcare, economic inequality, racial justice, and sexuality. He was previously the host of the WNYC podcasts There Goes the Neighborhood and The United States of Anxiety.