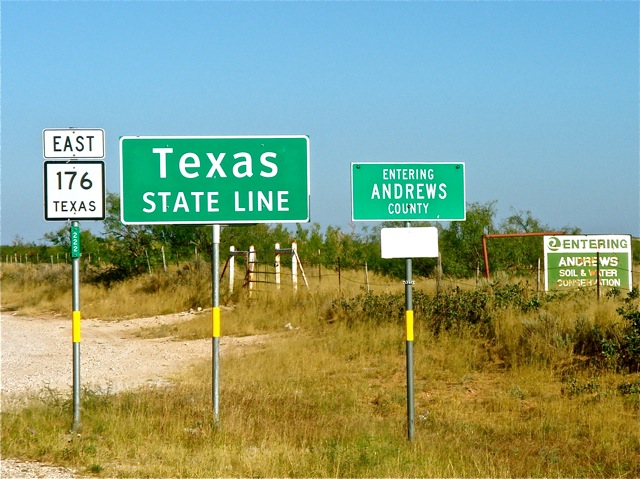 It has been almost a year since D Magazine published “Dallas’ Evil Genius: How Harold Simmons Plans to Make His Next Billion Dollars,” in collaboration with The Investigative Fund. The article centers on Simmons, the longtime GOP donor, but, more important, it offers a glimpse of the complex political calculus that made it possible for his most recent venture, Waste Control Specialists (WCS), to land the first licenses in the state of Texas to dispose of radioactive waste.

So what is the occasion to revisit this subject matter? I defer to a headline from a recent story in the New York Times: “Texas Proposal Spurs Race to Dispose of Nuclear Waste.” (The waste in question is from state sources; the D article dealt with waste from federal sources.)

In the beginning, plans for a radioactive waste dump in Texas started off innocently enough. The planning was in keeping with the thrust of federal policy in the 1980s that strongly encouraged states to assume responsibility for the disposal of commercial and non-military nuclear waste generated within their borders. States began entering into compacts whereby member states agreed to work together in establishing official dump sites that would service the needs of the compact. By an act of Congress in 1998, Texas, Vermont, and Maine entered into such an agreement. (Maine would eventually drop out.) It is presently referred to as the Texas-Vermont Compact.

The Act (Texas Low-Level Radioactive Waste Disposal Compact Consent Act) also established a commission. It was given the tedious acronym TLLRWDCC. Texas, as the host state, has six members on the commission, seated by Gov. Rick Perry. Vermont has two, seated by the outgoing governor, Jim Douglas. Majority rule is determined by 5 votes.

Currently the TLLRWDCC, or Compact Commission, is set to vote before the beginning of the year on the adoption of a rule that would set the stage for allowing Waste Control Specialists to take in waste from states outside the Texas-Vermont Compact — the potential of 36 states, to be exact. The surplus of states seeking a disposal site are a direct result of a 2008 reversal in policy at a facility in Barnwell, South Carolina. The commission for the Atlantic Interstate Compact voted in favor of allowing out-of-compact waste, but years later returned to a policy of servicing only member states due to shrinking capacity.

The Texas-Vermont Compact is facing a similar quandary: should the commission adopt a rule allowing out-of-compact waste? Presently, the vote is 6-to-2 in favor of adopting the rule. Contrary to what the skeptical mind might assume, the two dissenting votes belong to Texas members. But timing is everything. The final vote is scheduled to take place before the incoming governor-elect of Vermont, Peter Schulman, can appoint new members to the commission. (He is set to take office January 6.) Shumlin has publicly stated he would seat members opposed to the adoption of the rule. In that highly unlikely scenario, a 4-to-4 vote would stall the process.

Waste Control Specialists has made recent appeals to the commission that its operations aren’t viable without revenue from the additional waste streams that a favorable vote would bring, but, then again, the establishment of compacts was never meant as a short-term, money-making enterprise. They were intended as economical solutions that would safeguard the environment and human health.

In a recent story in the Texas Observer, Forrest Wilder spells out why it is important to pay attention to the activities of the commission in coming weeks: “As early as fall 2011, the state of Texas could become the proud owner of millions of cubic feet of radioactive waste from all over the nation. Under state law, as soon as this ‘out-of-compact’ waste is accepted for disposal, the state — not Waste Control — assumes both ownership and liability over the waste forever.”

The discussion so far has involved state waste. It’s worth considering that Waste Control Specialists is a complex of adjacent dump sites, and they’re licensed to take in a broad spectrum of radioactive waste. So how does the rest of the liability equation work? For the sake of clarity, I’ll focus on two of the dumps by their proper names: the Federal Waste Disposal Facility and the Compact Waste Disposal Facility. Under the heading “Closure Requirements,” on page 39 of Waste Control Specialists’ Radioactive Materials License, the following sections make clear the long-term arrangements between federal and state entities:

“Licensee [WCS] shall acknowledge the conveyance to the State of Texas of all right, title and interest in compact waste located in the Compact Waste Disposal Facility.”

In principle — and even perhaps in strategy — Waste Control Specialists could fill up the various dumps in the next 15 years (the approximate time frame Waste Control Specialists’ licenses are set to expire), then cut and run. As the law currently stands, they’ve got built-in immunity for out-of-compact waste, and they’ve only only got to get through 10 or 15 years of accident-free disposal of the in-compact waste. As to the federal waste, there is substantial legal precedence for indemnity provided by contracting with the DOE — even if it can be proven the site facilitator is in error or in non-compliance. Fifteen years, considered next to the billions of years it takes radioactive material to become lead, provides decent odds in a potentially high-yield, low-liability wager.

A few more facts to consider: Waste Control Specialists is currently operating on a fraction of their total acreage. It is possible they could expand operations to more than 20 square miles, but that would require the approval of the Texas Commission on Environmental Quality (TCEQ). They control the conditions of Waste Control Specialists’ licenses, including the quantity of waste that can be disposed of in each dump. Even if the Compact Commission were to open the door to the out-of-compact waste, TCEQ has the final say in how much waste could actually be buried at the Waste Control Specialists site. (For a glimpse of TCEQ’s track record, visit here and here.)

That’s a big problem for governor-elect Shumlin, nuclear experts, and the people of Vermont. A state their size doesn’t produce huge volumes of waste, but their nuclear reactor is leaking tritium. The Vermont Yankee nuclear plant will be decommissioned in the near future, and the most inexpensive, expedient remediation is burying its components — barring the hottest material — in the dump sanctioned at Waste Control Specialists for compact waste. Shumlin would like assurance that the current licensed capacity of that dump, 2.31 million cubic feet, will be available to service the needs of Vermont. He has described the current environment as “a race for space.”

While the impending vote of the commission has all eyes focused on radioactive waste from 36 states, attention is being diverted from the potential enormity of other decommissioned reactors making their way to Texas. It’s a reality worth contemplating; 27 out of 104 nuclear plants across the country are also leaking tritium. If the rule for accepting out-of-compact waste is adopted by the Compact Commission in the coming weeks, it won’t be the singular catalyst that makes Waste Control Specialists’ ambition to be “the nation’s nuclear solution” come true. It would, however, provide another necessary portal for getting there.

A public hearing on the adoption of the rule will take place on Thursday, December 9, at 10 a.m. in Austin. To listen to the live webcast, visit http://www.texasadmin.com/tceqs.shtml.

A version of this post first appeared at D magazine.

Laray Polk is a writer and multimedia artist.