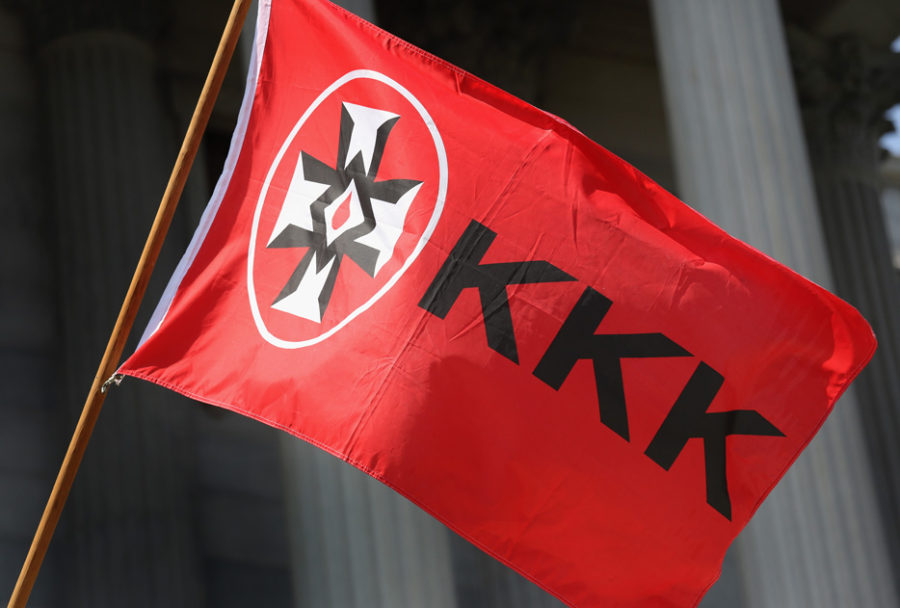 A Ku Klux Klan flies during a demonstration in South Carolina in 2015. Image: JOHN MOORE/GETTY IMAGES

When the US Centers for Disease Control chose 1 ppm as the “safe” drinking water level for the chemical forming a plume in West Virginia’s Elk River last year, no one knew how the CDC had decided on the figure. Charleston Gazette reporters Ken Ward and David Gutman asked the agency to explain the methodology behind its studies, but were repeatedly denied interviews. When the State Department of Health issued a startling warning that pregnant women avoid drinking tap water, Gutman, exasperated, finally called the agency director at home. He was granted an interview with CDC Chief Medical Officer Vikas Kapil the next morning.

Gutman and Ward published their story about the toxicity warnings the next day, and the mounting pressure led Eastman chemical manufacturing company to make its study public that evening.

Gutman and Ward’s story is chronicled in a Nieman Reports investigation into barriers public health reporters face in working with federal agencies. Restricted access is not limited to the health beat, however. For years, the Society of Professional Journalists has raised flags about reporters facing suppressed information from federal agencies. Last week, SPJ was one of more than forty journalism groups to sign a letter to the Obama administration urging the president to stop practices that prevent important information from reaching the public.

“Over the past two decades, public agencies have increasingly prohibited staff from communicating with journalists unless they go through public affairs offices or through political appointees,” the letter states. “This trend has been especially pronounced in the federal government. We consider these restrictions a form of censorship — an attempt to control what the public is allowed to see and hear.”

An SPJ study led by Carolyn Carlson at Kennesaw State University this year found that 40 percent of public information officers admit to blocking specific reporters because of “problems” with previously published stories.

About two-thirds of journalists Carlson interviewed said that the most recent public records request they filed received a reply within the required time frame, and of those whose request was filled, only half got the information they had asked for.

“Public records officers at the largest public institution I cover are known to really scrub the records before releasing them,” one reporter commented. “So we’re always suspicious about what we get.”

Reporters who have been on the beat for many years recall a different environment ten and twenty years ago.

Speaking to the National Press Club in Washington, DC during Sunshine Week this year, SPJ member Kathryn Foxhall said, “Over about the last 20 years agencies and organizations have brought about a surge of policies of blocking reporters from ever communicating to staff unless they are tracked and/or monitored by the public affairs officers: the public relations controllers.”

At the beginning of his first term, President Obama vowed his administration would be the most transparent in history. After coming under scrutiny last year for relying on state secrets and opaque government surveillance programs in making key national security decisions, the administration pledged greater transparency and new oversight. But many of the complaints from reporters are in response to federal agencies dispersed throughout the country. Among theexamples the journalists cite in their letter to the president are restrictions in the Environmental Protection Agency, Health and Human Services, Federal Drug Administration, and the Department of Homeland Security.

“This is the first time I’ve seen so many journalism groups band together on a letter. It’s pretty rare,” said SPJ President David Cuillier. “We have taken other action in the past… but we haven’t gotten the attention of all these other groups until now.”

Cuillier does not expect to receive any reply from the White House about the letter.

Abbie Nehring is a former research assistant and intern at the Investigative Fund.