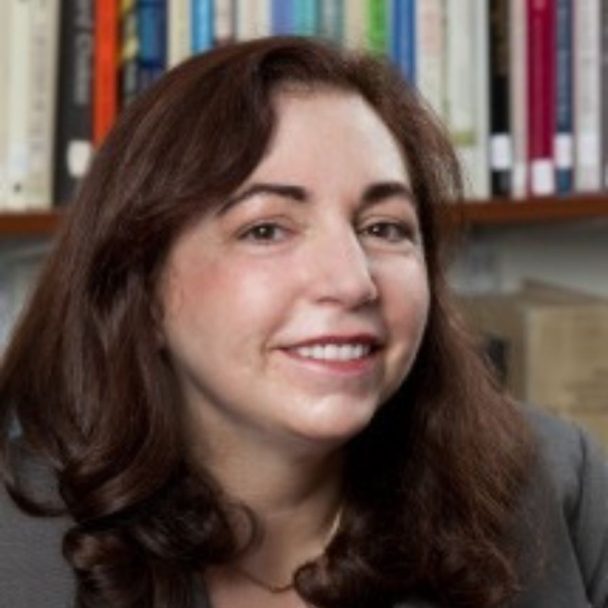 Investigative Fund fellow Sheila Kaplan is a prize-winning investigative reporter and television producer who specializes in the environment, public health, and the role of money in politics. For the past two years, she’s focused her reporting on environmental toxins, uncovering suppressed scientific reports on Great Lakes pollution and toxic FEMA trailers and sniffed out the ways Sarah Palin’s environmental policies may help create “special needs kids” in Alaska. Here Sheila Kaplan speaks with Nation Institute intern Francis Reynolds about how to cultivate sources, how to file a successful Freedom of Information Act request, and how to make those midlevel government bureaucrats trust you enough to slip you incriminating documents. — Frank Reynolds

Frank Reynolds: The articles you’ve written with assistance from The Nation Institute, such as your story on FEMA housing Katrina victims in trailers that exposed them to formaldehyde, or the one on Sarah Palin’s miserable record of eroding environmental protections during her time as governor of Alaska, these stories seem to require a good deal of knowledge of science and public health policy. Is that your background?

Sheila Kaplan: Yes, I do have a strong background in science and environmental reporting.

Kaplan: When I was in college and graduate school I didn’t study science or public health, but I spent a year as a Knight Fellow at Stanford not too long ago, and during that year I took a lot of science classes, so I was able to get my knowledge more current. I was able to learn more about biotech and science in general, about new discoveries in terms of toxicology and studying at Stanford helped a lot.

Reynolds: So one thing I’m especially interested in is how you researched these topics that definitely fly under the radar of public knowledge. For example your story of Great Lakes Danger Zones was on how the Centers for Disease Control were suppressing a report on environmental hazards in the Great Lakes region, but this report wasn’t even released yet. How did you go about researching a report that wasn’t out there?

Kaplan: Well, I have a lot of sources at CDC and at EPA and, thanks to the support I’ve gotten from The Nation Institute, I’ve been able to spend time cultivating the sources. I’m very grateful to The Nation Institute for paying for me to go to Research Triangle Park in North Carolina where I could spend time just chatting up different scientists or to go to Atlanta, just getting to know different scientists at the agencies. And the people who I was getting to know, some of the scientists mentioned that there was a report that they felt should have been released that was being held up for political reasons. So it was because of the time I spent there that they trusted me and one of them leaked me their report.

Reynolds: And you just went there and started talking to people. How did you dive into that?

Kaplan: Well, when I heard there was a report that had not been released I had to ask myself, well, why wasn’t it released? Was it really for political reasons? Maybe the report wasn’t good? So I couldn’t just take their word for it. So what I did was I got a copy of the report and I found that there were at least 25 other scientists who were peer reviewers, who were charged with reviewing the report and deciding whether or not it was good enough to be released. And so I called all of the people whose names were listed and they all thought it should have been released. I called every one of them and they all thought it was a fine report, and so that proved to me that it was being held up for some other reason, not because it didn’t merit release.

Reynolds: How did you get your hands on the report in the first place?

Kaplan: Well the thing to do is to avoid the political appointees at the top of any science-related agency and to get underneath them and talk to the scientists directly. So what I do is I look on the Web for the names of the scientists in any one division and then I read the studies that they’ve written, I find out what they’re working on, and I call and just ask if I can come and talk about their work. And at the very least, I’ll learn something new, say I’ll learn about a study on how pesticides affect the brain and may cause Parkinson’s, or how exposure to flame-retardants might cause learning disabilities. It may or may not yield a story but then once the scientists know you and trust you, if they’re upset about something happening and they want to blow the whistle then you’re the one they call. So you have to lay the ground work.

Reynolds: So you don’t necessarily go into these situations looking for a particular story, you’re just developing a relationship with people who may help you?

Kaplan: Yeah. Sometimes I am looking for a specific story, for instance, in the Sarah Palin story for The New Republic, that was very specific. I watched Sarah Palin give her talk at the Republican convention and she talked about how much she cared about babies with birth defects or learning disabilities or Down’s Syndrome, and she made a great fuss over how much she cared and how much she wanted to take care of children with Down’s Syndrome and learning disabilities and with special needs, and it occurred to me that I had heard some things about her environmental record actually contributing to the numbers of kids with learning disabilities. And so in that case I went to sources in Alaska, I didn’t go there, but I called them, and I was able to examine her record. I was able to find out what Sarah Palin’s record was and to show that her policies had in fact likely contributed to the number of kids that needed special help.

Reynolds: And for some of your stories, I’d imagine you have to file a lot of paperwork to try to get access to some of these things.

Kaplan: Yes I am a consummate FOIA sender; I am constantly sending Freedom of Information Act requests. The Nation Institute has been very helpful with that and sometimes it takes a very long time to get them. For instance, in July 2008 I filed a request for a story I’m doing now on how pollution from military sites is affecting people who live around the sites and I wanted to get correspondence between the Pentagon and EPA in which they were arguing over what should be cleaned up or what should be considered dangerous. And that FOIA was filed in July 2008 and I got it last week. So sometimes it takes patience and pushing a lot.

Reynolds: You must have had a steep learning curve of what makes a good FOIA and what just doesn’t get any results.

Kaplan: I’ve been a journalist a long time, almost 30 years, and so I’ve learned that there are different ways that people can go about it. What I like to do is be as specific as possible. Sometimes you can’t, sometimes you have to just cast a net. I don’t want to give all my techniques away, Francis (laughs).

Reynolds: But any kinds of tips on what makes a good request? Specificity, I assume.

Kaplan: Yeah, it’s good to be specific. It’s good to say where the document that you want is so that the request doesn’t float around from department to department while some bureaucrats figure out who has it. If you can say, this is a report I want that was written by so and so who works in this department and wrote it in this month of this year, then that helps. It’s also very important to follow up and to keep pushing, because it’s the reporters who squeak who get their answers. Otherwise you can wait for five years.

Reynolds: So have you had any kind of horror stories, about stories you just couldn’t crack, stories you couldn’t get in at any point?

Kaplan: I am, well, you have to be, I mean we all are, all of us are. What’s been so valuable to me is having the time to build up these sources and being supported while I get to know people and they get to know what we’re looking for. And then they keep you in mind when something happens. I’ve got a few stories that are coming out in the next few months that I think will be pretty hot. These are things I’ve been working on for a couple years now. And so they take time, but then they pay off. Especially as newspapers have cut their staff and broadcast networks have cut their staff, and so I think we freelancers have more responsibility to fill in the gaps in reporting on public health issues and other issues of public interest.

Reynolds: So what did the Investigative Fund help you do that you wouldn’t have been able to do otherwise?

Kaplan: Well, eat (laughs) and pay a mortgage. They’ve paid for me to travel and to get to know the whistleblowers and the scientists, to talk to people at EPA. In the last year I’ve done interviews with, I would say, 70 to 80 people at EPA and CDC, many of whom have never talked to reporters before. And The Nation Institute funds have paid for me to go and spend time and meet people and talk to people and find out what their concerns are as scientists and as public health officials. It’s something that takes time and that’s why The Nation Institute fellowship is so valuable. You can’t just call these people cold and have them tell you their deepest concerns, because a lot of the scientists and public health officials are worried about losing their jobs, they want to make sure that you write about them sometimes in a way where you don’t say who they are, and so they have to trust you. They have to trust that you’re not going to out them if they don’t want to be outed. And it also takes time because you have to also double check everything they tell you with 20 other people. So that’s what The Nation Institute support has done — give me time and enable me to get to know people and do stories in depth, stories that I know are accurate, and that no one else has done.