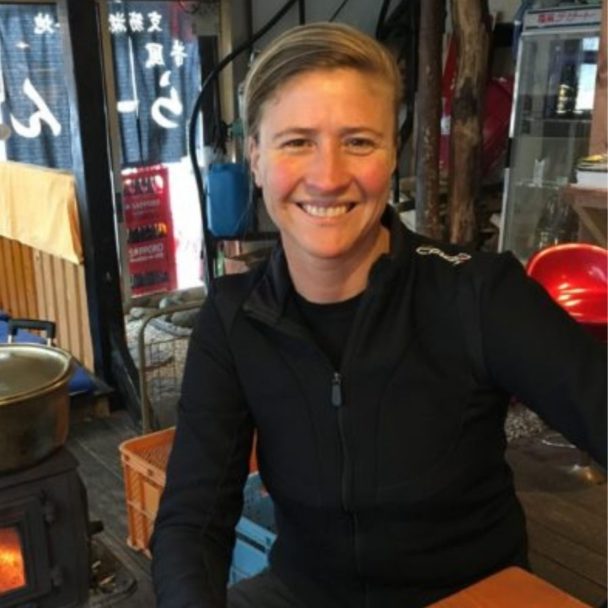 In June 2012, Investigative Fund reporters Shannon Service and Becky Palmstrom produced a two-part series for NPR about human trafficking in the Thai fishing industry — which feeds the U.S. market. Their central character, a Cambodian named Vannak Prum, was lured by the promise of a steady job into unpaid slavery in a Thai-Cambodian border town. He became one of many trafficked persons who work Thai fishing boats before his escape three years later. In this Backstory, Service talks about how she and Palmstrom found Prum and how the pair got their story. —Robert Owen Brown

Robert Owen Brown: How did you find your central character, Vannak Prum?

Shannon Service: We started by interviewing this network of NGOs that worked with the fishermen directly. In the process of interviewing them, we interviewed a group called Lichadho, which is a French NGO. The whole time we were looking for a central character, somebody whose experience was typical of journey that these men make. Not somebody who was away for a decade — because to our understanding that’s not exactly typical — and not somebody who was just onboard for a few months. There’s a typical path that a lot of these men go through, and it’s a heroes’ journey, it’s a tremendously mind-blowing path that happens to the majority of these men. When we met Lichadho, we were talking to them about this question of a central character and if they knew someone who fit the bill. They mentioned Vannak along with a couple of other people. They mentioned that Vannak not only had what we were looking for in terms of a fairly typical journey that exemplified what a lot of these men go through, but he was also an artist — quite a talented one, self-taught. He had created a series of drawings from his time onboard and that immediately caught our attention.

Brown: What was appealing about him being an artist from the prospective of a journalist looking for a central character for a story?

Service: We were already thinking about what was going to be online, and the more we could find different ways to tell the story, the better. We knew we’d be doing a radio piece. We knew we’d be doing a print piece. To have someone’s first-hand drawings, their own first-hand account, included in the online package was very appealing because it tells the story differently. It was a way for him to tell his story directly. Plus, it also helped us visualize it. When we sat down with him, one of the first things we did, we brought one of his pictures with us when we were interviewing him and as soon as he saw it, he started talking. On the top of the drawing he’d written, “I pray that the sun will not set.” He started explaining, spontaneously, that danger always happened at night — that’s when all the brawls would happen. There was a tendency for fighting and aggression at night and sometimes men would disappear — they just wouldn’t be there in the morning. It was very evocative for him and helpful for us, before we had asked him a question, for him to look at his own drawing and be back in that place.

Brown: How did you get your sources to trust you?

Service: The guy who’s the advisor to the two fishing associations [Wicharn Sirichai-Ekawat] came in and sat down with us. I think it was pretty clear that we had done a lot of research; we weren’t just sitting down cold, that we understood the issue, we’d been looking at it for a long time, that we were concerned about the welfare of the men working on the boat. He was, too. I think that put him at some ease that we were giving him a fair shake. There were a few questions we asked where he was trying to skirt the issue or divert us.

Brown: Do you remember what the questions were?

Service: Questions about why more hasn’t been done about this. At one point, he said, “It’s really tough to get information on this.” But we said, “It’s tough as reporters to get information on this, but these are your boats – you guys own these boats, so you can get this information.” He’d be like, “Well yeah, that’s true.” Once we had broken through those questions, he was much more honest, and it turned into a totally different interview.

Brown: Because a lot of people, including the police, profit from human smuggling — and therefore have a lot to lose — did you ever fear for your safety while you were reporting the story?

Service: I’m not sure if it was paranoia or if it was instinct, but right after we had gone into a police station that we had heard was involved in selling men out of lockup, we felt like we were being followed, but we weren’t totally sure. And then we had the feeling again at a different point in the trip.

Brown: What do you mean you “felt” like you were being followed? Did you notice cars following you?

Service: We didn’t look at our rear view mirror and clearly see a police car following us. Both of us just felt like we should probably leave town. It’s possible we were followed. It might have been paranoia. It’s hard to know. As a reporter, you just have to trust your instincts.

Brown:What was the response from people over here? Americans are, after all, eating fish caught by these trafficked men.

Service: I guess it depends on who you’re talking about. The U.S. State Department is doing a heroic job bringing attention to this. That department is working very hard in Thailand and in Southeast Asia on this issue. They’re among the few who’ve raised this problem of slavery on Thai fishing boats as a problem. In talking to them, their response was very positive – they were happy we were doing the story and were very cooperative. It was literally a coincidence that we found out a few months into the story that they were going to be honoring Vannak Prum as one of their heroes of the year and flying him out to DC. The timing was such that he was in DC receiving his human rights award from the State Department on the same day that part one of our series aired.