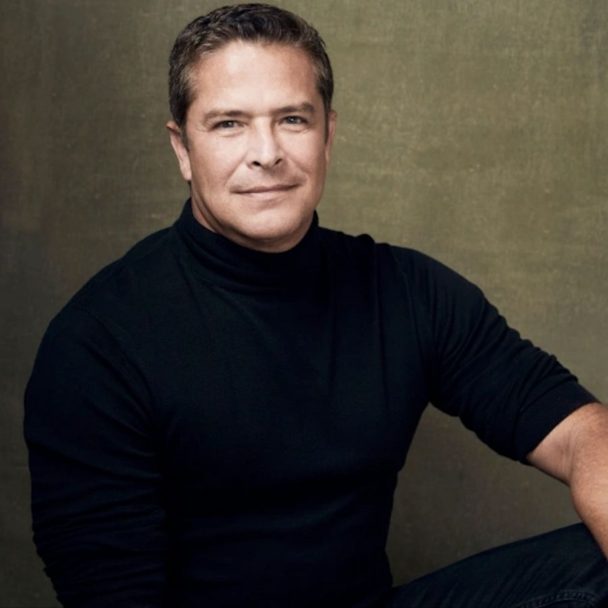 Investigative Fund reporter John Carlos Frey takes us to the US/Mexico border and documents the ongoing abuse and violence of the US Border Patrol in a series of pieces for the Los Angeles Times and Salon, and a two–part documentary for PBS Need to Know. Through his investigations, Frey showed how insufficient training and little public oversight of the Border Patrol have led to violence against migrants, and exposed Border Patrol agents destroying life-saving water jugs left for migrants crossing the desert. But the major two-part investigation examined why eight people have been killed along the Mexican border in the past two years. In this interview, Frey talks to Nation Books Assistant Editor Daniel LoPreto about what motivates him as a journalist, and how he came to investigate the actions of the US Border Patrol. Frey discusses his singular ability to investigate border issues and explains how he gets his pieces noticed by mainstream media, think-tanks, and policy makers in Washington, DC. —Eds.

Daniel LoPreto: We’re talking to John Carlos Frey, the investigative journalist and documentary filmmaker. Can you talk about the challenges of reporting on the US Border Patrol and Department of Homeland Security and how do you overcome these various obstacles?

John Carlos Frey: There’s a couple of barriers that are inherent in the US Border Patrol and the Department of Homeland Security and the main problem is they operate under the guise of the PATRIOT Act. So public information is not public. The border patrol is the first line of defense — this is their own policy — against terrorism in the borders of the United States, so everything that they do is under the guise of a national security interest. So if you’re asking for an agent’s name, involved in a particular incident, or documents that are as simple as: how does the chain of command work, when are you allowed to fire your weapon, where are you allowed to fire your weapon, very simple things that you might be able to get from other law enforcement agencies… — the public is not privy to that information. They [Border Patrol] do not have to provide it. You can file a Freedom of Information Act Request. You will receive the document but it will be heavily redacted if not entirely redacted.

There is no transparency and that is the problem. You cannot get any inside information as to the structure or the way that [the Border Patrol] works and the public is not privy to it. You’re not even allowed to access it. I’ve worked with non-profit organizations, like the ACLU, that have even sued the Border Patrol trying to get information from them and they cannot. So an independent journalist is sort of at the bottom of the food chain and information is not forthcoming and that’s part of the problem. If there is an issue of, let’s say, police brutality within the ranks of the US Border Patrol, the only way you are going to get that information is by direct evidence or by eyewitness testimony. You’re never going to get any information from the Border Patrol themselves. And it’s one of the reasons for investigating them in the first place because it is such an opaque organization that to try to figure out what is going wrong when something does go wrong…it’s juicy material because it’s so clandestine that you know there is something there.

LoPreto: Interesting. You state in the [joint Investigative Fund investigation with] PBS, “Crossing the Line at the Border,” that at one point the [Anastasio] Hernandez Rojas story became “buried” in a file and everyone related to the story became “tight-lipped.” What were some of the steps you took to exhume the story?

I speak both Spanish and English. I was born in Tijuana, Mexico, and I grew up on the flipside of the border in San Diego, very close to the border itself. So this region is very familiar to me. So I can cross borders and find information in Mexico as well, which the Border Patrol are rarely ever counting on being revealed. In the case of Anastasio, he was beaten and brutalized right on the borderline and I found eyewitnesses on the Mexico side of the border, which the US government had never interviewed, never knew about…and then [I] also uncovered some video tape from eyewitnesses on the US side. So we had some pretty damning evidence that made it to national television that sort of forced the hand of the US government and that’s when Congress got involved and the Department of Justice got involved as well.

LoPreto: How do you cultivate your sources, especially when you are dealing with individuals who, due to their legal status, may be afraid to speak to reporters? Going through the backdoor is one way to get around this. What were some other ways that you could tap sources within the grassroots community across the border on both the Mexico and the US side?

Frey: I have the reputation, fortunately, of having the US-Mexico border be my beat. I’ve done six documentary films on subjects that pertain to the US-Mexico border. This area is very familiar to me and I’m pretty good at navigating it. It’s not unlikely that I’ll check my inbox and there will be a story. I’ve been doing stories about the border for over ten years now, so I have a pretty long list of people who either work along the border or who live along the border who know about what is going on with the US-Mexico border. And it is an area that is so rich with human drama that I could do this for the rest of my life and barely even scratch the surface of what goes on there.

I’m part of the border: I speak the language, I know the customs, I know how the area works. It is almost its own country. It is part Mexico and part the United States and cultures and languages blend. What is missing from US reporting about the border is our inside stories. It is very easy for any reporter to go down and scratch the surface and report that there is a drug war going on or that somebody was shot and killed…but to speak to family members and to find your way around a small pueblo where the streets don’t have names or the individual may not even have a telephone or electricity… All of those things are very simple for me, just because of my history and experience.

LoPreto: In the process of doing research for your stories, you have acquired difficult to obtain documents — particularly cell phone recorded videos. How do you go about obtaining these videos and these hard to find documents?

Frey: It may not be good journalistic protocol to familiarize yourself with the individuals who are involved with the incident, but that is what I try to do. I think I break that barrier between the witness and why I’m doing this in the first place. I let them know I am very interested in acquiring the information that they may want to conceal, but I also express to them the importance of what it is that they may be holding onto…the validity, the impact. That is what I am talking about, maybe walking that fine line between advocacy and journalism.

The reason that I cover the border is because I am passionate about what goes on there. I am passionate about justice and I am passionate about injustice. I express that to the subjects, the characters, and the individuals I am speaking to. I let them know that I am dedicated to revealing the truth about what is going on there. This is not a job for me, it is a vocation. I think that that passion and that willingness to go the extra mile and to work a little bit harder to make sure that the stories get told is infectious and it also gains trust with the individuals that I am speaking with. I have a very direct and vested interest in making sure these stories get told. Is that a loss or a lack of journalistic integrity? It might be in some eyes. But the stories that I tell and the way they are being told are fact-based, so there is no bias in the facts.

LoPreto: Your stories for The Investigative Fund have all had significant impact, receiving Congressional attention and pick-ups from mainstream and alternative media, partly thanks to the partnerships you have made with activists working on these issues. Do you have any advice for young or older reporters who want to increase their pick-up on their stories?

Frey: I think today to just issue a press release is not enough. Especially if the story is socially relevant, which these stories have been. I think you also have to include organizations that deal specifically with the story line that you are dealing with, I think that is important. There are well over a hundred national and international organizations that are interested in the issues of immigration and the border, so why not directly contact them? Or let them know that this story is coming out or work with them to get the information out, instead of using traditional vehicles to get the information out. Grassroots organizations have Twitter accounts and Facebook pages and they’ll post the information on their website and draw more traffic. The videotape that we uncovered in the Anastasio case became the lynchpin for the Department of Justice and sending the FBI to do more investigative work.

If all I did was just do a press release, [the story] very well might have missed the radar of some of these organizations that could actually take the story further and develop it and amplify it, which is exactly what happened. I contact all of these organizations, from Amnesty International to Human Rights Watch to the United Nations to the ACLU and grassroots organizations on the ground, and even college groups, all the way down to a group of four or five people…creating a network of interested outlets — people who are already wired into the subject matter that you are covering. For example, in this story, reaching out to law enforcement organizations that are interested in police brutality or people who are interested in areas of immigration or the border. All of them have vehicles to get articles out. Everybody links to sites today on their Twitter account. So [make] sure that social media is involved and non-profit organizations and interested parties are involved.

If all that happened in the Anastasio Hernandez Rojas story was that news outlets played the videotape that we uncovered, I doubt that Congress would have issued a letter and I doubt that the Department of Justice would have convened a grand jury, which is what happened as a result of the story. That was done by the organizations that are vested and that are passionate about this subject and are very interested in what is going on. We made sure that the Need to Know piece that aired on PBS was in the hands of Amnesty International, that they were provided with a clip to put on their website…that the ACLU had some of my fact-checked resources, so that they could take the video and resources to the Department of Justice in DC and say ‘look, here we have substantiated proof.’ I did not go to DC, I did not meet with members of Congress, I did not call the Department of Justice and ask them to open the investigation. I gave the information that I uncovered to individuals and groups that would do that.

LoPreto: Thank you John for talking, and thank you for your work, which obviously helps so many people understand these issues better.