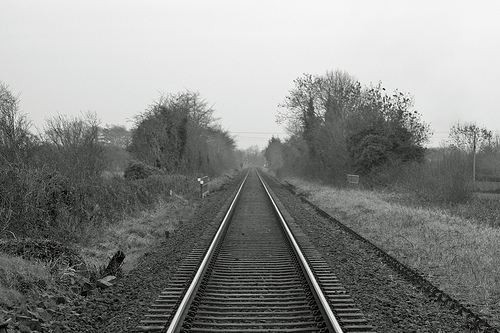 This young man sitting beside me, eyes tearing, balls of his feet bouncing ceaselessly off the pavement, tells me that he knew Paul Quinn for seven, eight years. Friends, so they were. Through school and driving tractors together and running bales in the summer.

He played soccer the night Paul died. Paul watched the game until halftime, left for something to eat, came back to pick his friend up. This young man, his feet still tapping the ground, eyes saucers of pain, tells me it doesn’t go away, that sound. The sound of batons and metal pipes striking Paul and Paul screaming and then not screaming.

(The police say they have intelligence that my life is under threat.

Don’t use my name.

Take me back to that night.)

It’s October 20, 2007. About 5:30 p.m. A good evening. Good enough, like. Not hot, not cold. C and Paul don’t have plans after the game. Just spinning about, like. Shooting the craic. Driving the back roads of their Northern Ireland village, Cullyhanna. They decide to stop at Paul’s house and get on his computer and mess about. Bored with that, they drive around Cullyhanna again.

Then Anthony, a friend, rings Paul. Anthony says some bulls is coming to his father’s fucking farm this evening. He needs help cleaning a pen.

C and Paul mess about for another five minutes. Then decide, Fuck this, we have to help Anthony. His farm is near Casleblayney, just over the border in the Irish Republic, the “Free State.” On the way, Paul has second thoughts. Take me home, he says. He can’t be bothered. Fucking cows. C can’t be bothered either. But it won’t take long, C says. How long can it take?

(I thought it was funny that Anthony called Paul.

He would have called me, usually. I was closer to him. I thought to myself, He couldn’t get through on my phone so that’s why he called Paul.)

At the farm C adn Paul park outside a shed where Anthony is to meet them. Still light out. Around ten to six, so it was. No one in sight. They stop, look around, pondering like.

A yellow lorrie stands down a ways. Bright yellow. C walks toward it. He’s almost reached when a man wearing a black mask, black jacket, black jeans, and black boots jumps out at him, shouting You fucking scumbag bastards!

C turns around, yells at Paul.

Three more masked men come at C from his left. More are running out from behind hay bales. Another three, from other directions.

(At first, I thought it was a joke, like.

Yeah, quite a joke, Anthony, good on ye.)

C shoves one of them away, but there are too many to fight off. Other men are on top of Paul. They drag C and Paul into the shed, hitting them with iron bars. Shouting, You bastards!

Three or four men stay on top of C until someone comes over and drags him into a pen. He sees Anthony tied up next to another one of their mates, Connor. On their knees, faces against the wall. Someone kneels on C again. Shouting, Shut it, shut it, shut it!

Then he stops screaming.

But they keep hitting him. Two minutes more, at least. They they stop. The air is still. The mean breathing hard through their masks.

(Did they say anything?

This is a brief excerpt; for the full article, pick up Issue #37 of McSweeney’s.