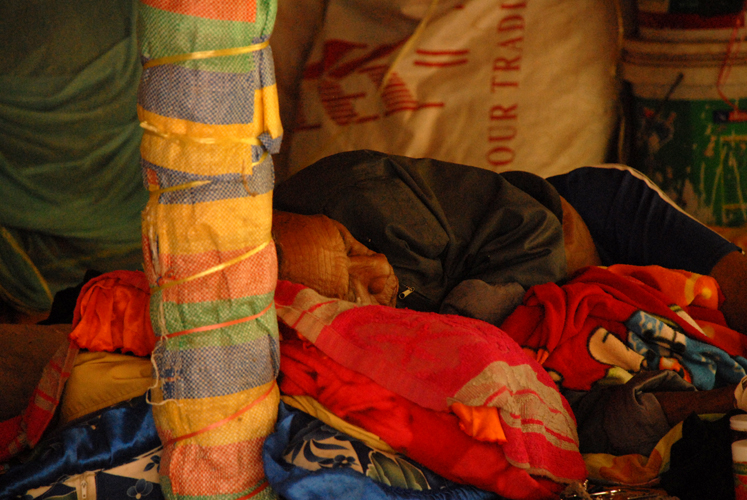 Aom An, also known as Ta or "Grandfather" An, on August 18, 2011 in Battambang province. | Credit: DOUGLAS GILLISON

Rough prosecution estimates say that at the following locations between a quarter of a million and 300,000 people were killed, the majority of whom died while under the authority of Ta An, Ta Tith, and Im Chaem. The table below is derived from prosecutors’ loosely estimated death tolls for the crime scenes identified in Case 004.

Should these crime scenes ever be investigated, some of these numbers could vary significantly. On the whole, however, they are a reliable indication of the magnitude of the killing. According to a confidential introductory submission, the Case 004 estimates were derived from a number of sources, such as researchers’ efforts to map sites where executions took place, witness accounts, and accounts of early excavations.

At the very least, Case 004 gives strong reason to believe that horrific crimes occurred involving the victimization of many hundreds of thousands.

According to UN prosecutors, “Wat Batheay Security Center was located in Batheay village and commune, Batheay district, Kampong Cham province (part of Sector 41 and the Central Zone). An estimated 8,000 to 10,000 people were killed at this Center… The detainees at the Center were tortured, beaten with sticks and screamed with pain. They were served just one meal a day that consisted of a single spoon of rice, and some died of starvation and disease. The chief of the prison was called Comrade Khim and the chief of the district was named Pheum. District Chief Pheum came from the Southwest Zone in early 1977. A number of surviving prisoners and security cadre have been identified.”

According to UN prosecutors, “More than 9,000 skulls were discovered at this site and put in a memorial at Wat Sopheak Mongkol. Many of the victims were Vietnamese settlers. Executions were particularly intense at the end of 1978, when ‘5 or 6 trucks full of people’ would sometimes arrive. One survivor witnessed ‘thousands’ of people ‘tied, shackled and carried away in 20 big trucks’ one night. The trucks returned later that evening ‘carrying only the people’s clothes.'”

Soeung Lim, a layman at a pagoda in Prey Chhor district, Kampong Cham province, photographed by his rice field near Met Sop Security Center, which prosecutors say was “the sector-level security office for Sector 41… In total, over 2,300 victims are believed to have been killed at this Security Center and buried at four nearby execution sites.” Lim told me, “They killed the children like they killed a frog. They killed like a beast, animals.” An elder brother who was a cattle driver had his cattle stolen and he “was killed a week before the end of the regime.” When asked about government opposition to the prosecution of Ta An, he said, “I do not know how to say if the government do not want to try them…. If we do not try him, punish him, it is regrettable, regrettable, as people over the country that could know that he is responsible for killing people.”

A demographic study produced for the court indicates that up to half of all of the victims of the Khmer Rouge, or 1.3 million people, may have been executed outright rather than dying of starvation, exhaustion, or disease during the three years, eight months, and 20 days that the regime existed. That means that as many as one in every eight Cambodians was executed during the Khmer regime.

If so, the estimated death tolls in Case 004 alone could account for 30 percent of all Khmer Rouge executions, with the bulk occurring in a span of just two years.

During the entire Khmer reign from 1975 to 1979, prosecutors say, there may have been up to 960,000 deaths in the two zones allegedly controlled by the suspects in Case 004. But most of these crime scenes have been excluded from the court’s current trial — which will almost certainly be its last.

This article was reported in partnership with The Investigative Fund at The Nation Institute, now known as Type Investigations, with support from The Puffin Foundation.