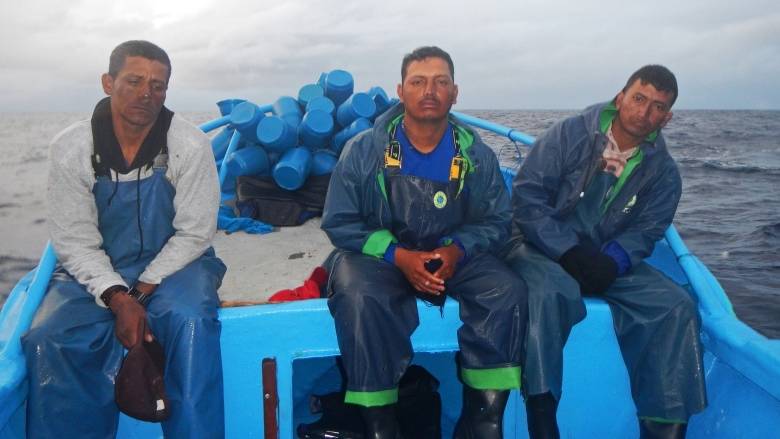 Canada’s navy and air force continue to be involved in the capture of drug smugglers on the high seas in co-ordination with the U.S. Coast Guard, even after high-level Canadian military officials investigated allegations of detainee mistreatment that may violate international human rights obligations.

An exposé by the New York Times and the Investigative Fund, a New York nonprofit, last November revealed that U.S. Coast Guard detainees were routinely shackled by their ankles to the decks of ships and left there for weeks, often exposed to the rain and sun. Many of the detainees were insufficiently fed and forced to sleep on hard rubber mats.

The detainees did not know where they would be taken and were not allowed to contact attorneys, family members or consulates. The conditions and lack of due process were so troubling that one former Coast Guard attorney called the vessels “floating Guantanamos.”

According to court filings and public statements, over the past three years, Canada has helped intercept dozens of suspected smugglers that the Coast Guard has detained. Seven of these detainees — all men from Ecuador or Colombia — have now made similar allegations of mistreatment by the U.S. Coast Guard.

CBC Radio’s The Current and the Investigative Fund have learned that in the weeks after the New York Times piece appeared, high-level Canadian military officials, including brigadiers-general, discussed the allegations of detainee mistreatment. Internal Canadian Armed Forces communications show Chief of the Defence Staff Gen. Jonathan Vance and the deputy minister of national defence, Jody Thomas, were aware of the allegations, which the Canadian Forces has now confirmed.

The military officials also discussed the implication of the allegations for forthcoming Canadian involvement in the U.S.-led, multinational counter-narcotics mission known as Operation Martillo.

Months after these communications circulated, the Canadian Navy deployed again on a mission to assist the Coast Guard’s drug patrols. Those ships returned in early May.

New Front in Drug War
Twelve years ago, the Canadian military launched a new front in the war on drugs. With Operation Caribbe, Canadian ships deployed deep into the Pacific Ocean and the Caribbean to assist efforts by the U.S. to halt maritime cocaine smuggling out of South America.

In 2010, Canada’s role grew, with a memorandum of understanding (MOU) allowing U.S. Coast Guard officials to ride on board Canadian naval ships and use the vessels as platforms for law enforcement operations.

According to the Canadian Armed Forces, by the end of 2017, Operation Caribbe had seized more than 85 tonnes of cocaine.

The Coast Guard had been seizing drugs in the high seas for decades. But with Operation Martillo, the U.S. switched gears. Instead of returning most suspected smugglers to Latin America, they kept most on board in order to deliver them to the U.S. for prosecution. The unintentional result was protracted detentions aboard ships ill-equipped to serve this role.

In 2017, a record 700 suspects were pulled off smuggling boats and brought aboard U.S. vessels. Most were later tried in federal courts in the U.S.

Shackled at All Times
Seven months after his detention by the Coast Guard, Oscar Alvia Anchundia, 28, has trouble keeping memories of the ships from consuming him.

Alvia had been a fisherman all his life, working off the coast of Anconcito, Ecuador. He said fishing barely allowed him to support his wife and children, so he agreed to take a cocaine-smuggling run.

He was assigned to join two other fishermen on a speedboat that left northern Ecuador in October 2017, bound for a point in the sea off the coast of Guatemala.

Alvia said that when he first heard the sound of an approaching motor, he was relieved. The trip had taken a week, and the men were running out of food. They assumed the approaching boat was manned by their co-conspirators, sent by an unknown boss to collect the nearly 500 kilograms of drugs they were carrying. 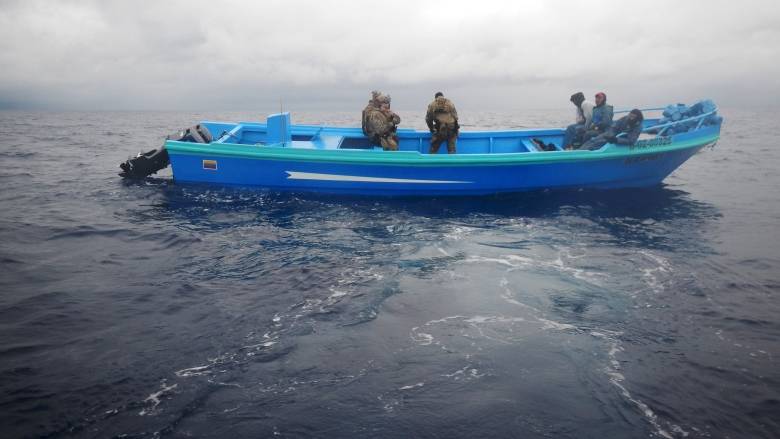 The plan had been to hand over the drugs and return home. But when a floodlight was switched on, Alvia knew they were under arrest.

What he did not know was that the vessel was a Canadian patrol boat, dispatched from a Royal Canadian Navy vessel. Typically on these boats, a Canadian operator is joined by a team of U.S. Coast Guard officers.

Court records show that after determining that Alvia’s vessel was stateless, U.S. Coast Guard officers searched the boat, discovered the drugs and, because of weather-related safety concerns, brought him and his two companions aboard the Canadian vessel. Alvia recalled that they were led to a tent and permitted to rest. They were provided a meal and allowed to walk the deck, under guard, to stretch their legs.

A day passed on the vessel, and then the men were delivered to a second ship, a U.S. Coast Guard vessel called the Vigorous. There, Alvia said, his detention took a turn for the worse.

Court records show the Coast Guard held him for more than two weeks. He recalled being chained to the decks on three different U.S. ships, shackled at all times, except for an occasional trip, under guard, to use a makeshift toilet on the deck.

On two of the vessels, he recalled, he and several other detainees slept outside.

“When it rained, we were all soaked,” he said. “They put cuffs on us, chained us up.”

Alvia said that at no point was he told where he would be taken or allowed to contact his family, an attorney or the Ecuadorian consulate.

Seventeen days after he was stopped in international waters, Alvia was finally delivered to Largo, Fla., where he was interviewed by federal agents. In April, he pleaded guilty to drug trafficking and was sentenced to 46 months.

‘I Suffer From Nightmares’
Some detentions involving Canadian assistance have stretched on for far longer.

“To this day, I suffer from nightmares because of the experience I went through on those boats,” Villarreal wrote in a letter from federal prison in Mississippi, where he is serving an 11-year sentence.

Several current and former Coast Guard crew members and officials who spoke on condition of anonymity confirmed the allegations of mistreatment by detainees.

“We don’t have the space to properly hold them,” said a member of the Coast Guard who has deployed on several recent Operation Martillo patrols.

“I think that detainees aren’t being given enough food to generally be comfortable for that prolonged amount of time. They don’t have the proper sleeping area where we’re not going to cause additional harm to their bodies or their joints. And I think that, overall, being shackled for weeks on end is inhumane.”

Forensic neuropsychologist Cynthia Boyd has been asked by defence attorneys to evaluate the mental health of several former Coast Guard detainees over the past three years. Boyd described the case of a 24-year-old Ecuadorian named Winston Valdez, who was picked up by the Coast Guard in 2015. (Canadians were not involved in his case.)

“He’s had several flashbacks of events on the ship, such as being chained,” Boyd said. “He was subjected to circumstances that lead to utter helplessness and a complete loss of personal control. He was deprived of information about his future and he feared for his life daily.”

Boyd, who has also evaluated U.S. service members returning from tours in Iraq and Afghanistan, said she determined that Valdez suffered from post-traumatic stress disorder.

She was stunned that his symptoms were the result of his treatment by U.S. forces. “I love the military,” Boyd said. “It was very, very hard for me to understand that service members would treat these detainees in this way.”

Directive Against Mistreatment
A 2015 directive issued by then-Canadian Chief of the Defence Staff Gen. Tom Lawson sets out Operation Caribbe protocols. The directive, obtained through an access to information request by attorney Sara Peloquin, is marked “secret” and specifies that before transferring a detainee to the custody of another country, the chief of the defence staff must be confident that detainees will not be subjected to “torture or other forms of mistreatment.”

But according to Canadian defence officials, the directive may not apply to Operation Martillo detainees. They argue the people the military helps the Coast Guard intercept are not, in fact, Canadian detainees, as they remain formally in U.S. custody the whole time.

“We never have a detainee, we never have a person, under our custody,” said Lt.-Cmdr. Collin Forsberg, commander of the HMCS Whitehorse, which recently returned from a drug interdiction mission in the Pacific.

“The U.S. Coast Guard have care and custody of those personnel throughout the operation.”

When asked about the allegations of mistreatment, Forsberg said, “I’ve heard of that, but I’ve never seen that. All I can say is that we, with the [memorandum of understanding] that we have, we stipulate that any personnel under U.S. Coast Guard custody will be treated in a manner that is respectful to their lawful rights and human dignity, in accordance with their U.S. Coast Guard policy and international law.” 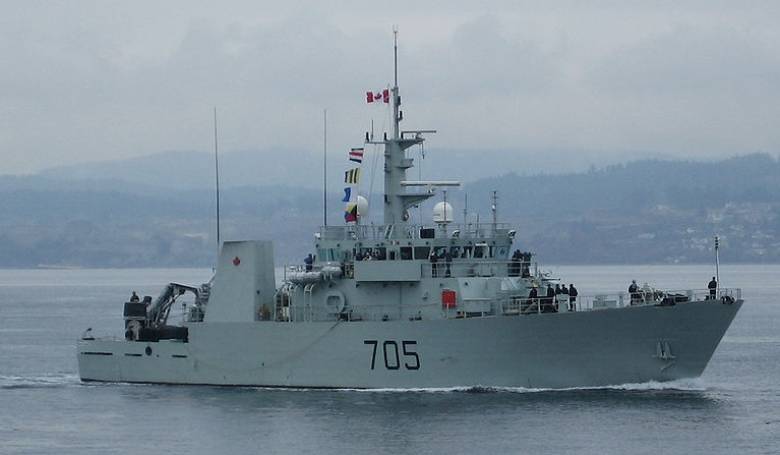 HMCS Whitehorse has been involved in a number of drug-smuggling interventions carried out by the U.S. Coast Guard.Image: Webber/Wikipedia

In response to follow-up questions, the Canadian Forces issued a statement saying the allegations of mistreatment “were of grave concern to us.”

According to the statement, after the New York Times story, the military “quickly took several steps to ensure that our mission continues to be carried out with integrity and consistent with the law,” which included reviewing logs, incident reports and post-deployment reports. The Forces also conferred with American counterparts and confirmed “our expectations regarding the treatment of suspected drug smugglers.”

“Having taken these steps,” the statement reads, “we are confident that no CAF members participating in Op CARIBBE have witnessed or been involved in the mistreatment of suspected criminals, either on board Canadian vessels or those of our Allies.”

No detainees allege that CAF members were directly involved in their mistreatment.

“A Canadian naval vessel is an extension of Canadian territory onto the high seas, and that vessel can only be there because of the dozens or hundreds of Canadian Forces personnel who are operating the ship,” Byers said.

Canada’s claim that it has no responsibility for the detainees, he said, is “a fiction.”

This article was reported in partnership with The Investigative Fund at The Nation Institute, now known as Type Investigations, which is a nonprofit U.S. media organization.