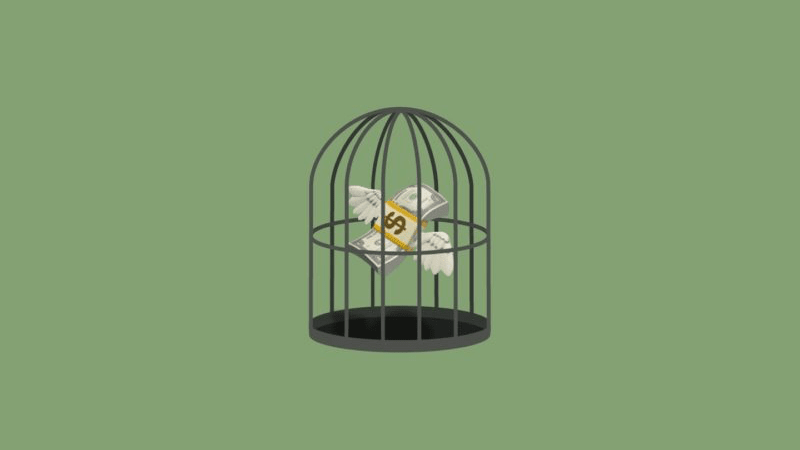 Less than two weeks after a new Democratic majority took office in the New York state Senate, legislators introduced the Investment Transparency Act, a bill seeking to protect ordinary investors from aggressive salespeople in the financial industry. The legislation, if it passes, would require brokers to tell their clients point blank, “I am not a fiduciary. Therefore, I am not required to act in your best interests, and am allowed to recommend investments that may earn higher fees for me or my firm, even if those investments may not have the best combination of fees, risks, and expected returns for you.”

George Michael Gerstein, co-chair of the fiduciary governance group at the law firm Stradley Ronon in Washington, D.C., said, “I call it the buzzkill disclosures bill. You can only imagine a rep trying to have a conversation with a customer and having to give this disclosure.”

The bill in New York state is one of several ambitious proposals across the country by legislatures and oversight bodies frustrated that federal regulators are not properly protecting investors. A fiduciary rule issued by the federal Labor Department that covered retirement accounts took effect on June 9, 2017, but was quickly challenged in court by industry groups and ultimately vacated. And a proposed fiduciary rule set to be finalized by the Securities and Exchange Commission later this year is so weak that one advocate, Michael Pieciak, president of the North American Securities Administrators Association, has called it “an invitation to continue business as usual.” All of this has sparked a wave of interest in regulation at the state level.

On Thursday, a subcommittee of the House Financial Services Committee will hear testimony from regulators and investor advocates on the SEC’s proposed rule.

Two months ago, regulators in Nevada drafted a fiduciary rule that would raise standards expected of financial professionals there. In a letter to the state’s securities commission, Pieciak said the group “applauds” the action and supports the state’s “right to protect its investors.” New Jersey and Maryland also have fiduciary proposals in various stages of development.

And more states may follow their lead if the SEC goes easy on Wall Street when it releases its rule later this year, said Barbara Roper, director of investor protection at the Consumer Federation of America. In a letter to the SEC in February, Pieciak noted that the same Wall Street players who’d fought the Labor Department’s fiduciary rule “have submitted laudatory comments” about the SEC’s weaker proposal. The SEC did not respond to a request for comment.

Financial trade groups have urged states to stand down on their fiduciary efforts while the SEC finishes writing its rule. Kenneth Bentsen, CEO of the Securities Industry and Financial Markets Association, said by email that state efforts would result in “a patchwork of conflicting standards, resulting in investor confusion, and ultimately less access to information and choice of products for investors.” As happened with the Labor Department rule, efforts by states have been attacked as overreaching, confusing to investors, and a hardship for customers who will lose access to products and advice.

Wall Street and investor advocates have engaged in an intense public dispute over the limits of stockbrokers’ obligations to their customers. Registered investment advisers, who are overseen by the SEC, are considered fiduciaries who must put their clients’ interests ahead of their own. But much of the public interfaces with ordinary stockbrokers. Although the typical investor has no knowledge of the distinction, brokers, who are overseen by the Financial Industry Regulatory Authority, a self-regulatory group, have no fiduciary obligation to their customers. They only have to pass the low bar that investments they recommend be “suitable” for their clients. That leaves a lot of room for brokers to sell high risk, high fee investments.

Although stockbrokers are not fiduciaries, they are legally allowed to position themselves that way, using titles such as “adviser,” “financial consultant,” “wealth manager,” or “retirement counselor.” Indeed, brokerage firms often emphasize in their marketing that their employees are trusted advisers who put clients’ interests first. Further confusing the issue, some stockbrokers are also registered as advisers who do have fiduciary obligations. But investor advocates say it is rarely clear to customers when the financial professional is wearing a broker’s hat and when they are working as an adviser.

Key among Nevada’s proposals is a requirement that would clear the air: Anyone in the state using specific titles including “adviser,” “financial planner,” and “retirement consultant” would be considered fiduciaries.

Meanwhile, the Maryland Financial Consumer Protection Commission, in a report released in January, recommended legislation holding brokers and insurance salespeople to a fiduciary duty to act in their customers’ best interest “without regard to the financial or other interest of the person or firm providing the advice.” The recommendation also sought to strengthen its own standard for the investment advisers it regulates.

In making its recommendations, the commission noted that since rules to date by state insurance regulators and the SEC “largely preserve the status quo,” the onus was now on individual states to take action.

New Jersey Gov. Phil Murphy announced in September that his administration would pursue a fiduciary regulation for brokers, leading to two public hearings in November. “Notwithstanding the SEC’s interest in finishing a final rule, some states have given up and are moving forward on their own,” said Gerstein, the attorney.

Depending on the details of the SEC’s final rule, more states may follow. Massachusetts Secretary of the Commonwealth William F. Galvin said in a letter to the SEC last year that if the agency didn’t adopt a strong fiduciary standard, “Massachusetts will be forced to adopt its own fiduciary standard to protect our citizens from conflicted advice by broker-dealers.”

The timeline for a vote on the bill in New York is unclear. William Schwartz, legislative director for Assembly Member Jeffrey Dinowitz, who sponsored the bill, said Dinowitz is taking a “wait and see” approach and not rushing the bill because he is “cautiously optimistic” about the upcoming SEC rule.

In a separate action last July, the New York State Department of Financial Services approved an amendment to make insurance salespeople adhere to a best-interest standard when they sell life insurance and annuity contracts. That action has already sparked blowback. Within months, the National Association of Insurance and Financial Advisors New York chapter sued the department, saying it had exceeded its authority and that the amendment will harm consumers by shrinking the market for life insurance and annuities. (In a court filing on March 6, the department argued that the amendment “falls squarely” within its authority.)

Other states that push forward with fiduciary rules are sure to be met with similar litigation, Roper said. On March 1, 12 organizations representing financial companies wrote to Nevada regulators to say the draft regulation conflicted with the National Securities Markets Improvement Act, a 1996 law that pre-empts states from imposing new record-keeping requirements on broker-dealers. “I think there’s a strong argument that the states are not pre-empted,” said Roper. “But there was a strong argument that DOL was not pre-empted either.”