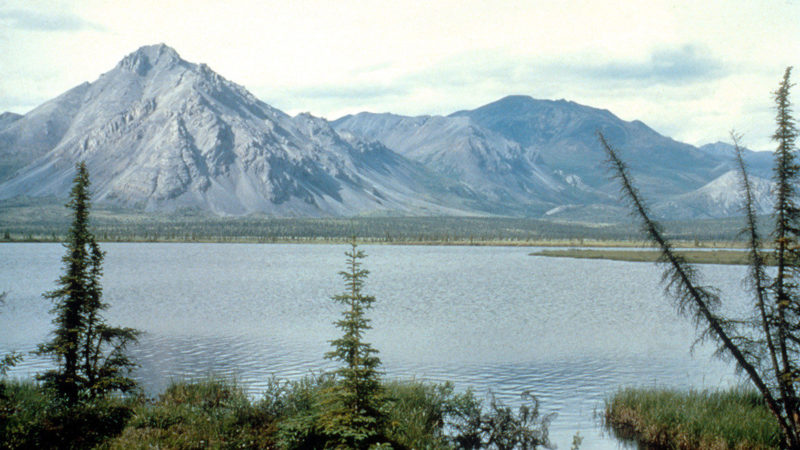 Image: US Fish and Wildlife Service

A last-minute effort to approve seismic surveys of potential oil reserves in Alaska’s Arctic National Wildlife Refuge before the end of President Donald Trump’s first term is underway — and could see that work begin this winter.

An application to conduct seismic surveys was submitted to the Interior Department in late August, according to two people familiar with the process, and the agency is scrambling to complete its work in about half the time it would normally take. The applicant, Kaktovik Iñupiat Corporation, initially told the agency it had hoped to begin the surveys as soon as December, one of those sources said.

“This is unrealistically fast-tracked,” a DOI employee who has reviewed the application told POLITICO. Another person at DOI confirmed that the Bureau of Land Management is planning to post a draft of the application soon.

Oil companies have long sought access to the pristine region on Alaska’s northern slope, but seismic surveys can cause lasting environmental damage to the tundra and pose risks to polar bears, a federally protected species.

Despite expectations that ANWR contains billions of barrels of recoverable oil, little hard data about the reserves is available. Seismic testing was last conducted there in 1984-85, and damage from the vehicles lasted for decades, and is still visible from the air.

BLM did not reply to a request for comment.

Congress opened the refuge to exploration and development in the 2017 Tax Cuts and Jobs Act, requiring Interior to hold two lease sales in the next decade. Securing leases in the refuge has been a high priority for the Trump administration, but critics have argued the environmental review process has been rushed and inadequate.

An earlier application for seismic surveys has been stalled for over a year largely due to concerns about the threats to polar bears. A 2019 POLITICO investigation found that conclusions reached by career BLM scientists working on the environmental assessment, including an analysis of impacts to polar bears, had been altered without their consultation.

The new surveys would cover a smaller portion of the coastal plain and therefore pose less of a risk to the greater Southern Beaufort Sea polar bear population that dens there during winter months. According to the DOI employee who reviewed the application, the 92,000 acres in question are primarily those owned by the Kaktovik Iñupiat Corporation. The subsurface rights belong to the Arctic Slope Regional Corporation, one of the largest private landowners in Alaska. Neither company provided comment.

Critics said the expedited effort by the Trump administration was driven by concerns about the November election.

“More than anything else this is a mad rush to create new facts on the ground before a potential change in presidential power,” said Adam Kolton, executive director of the Alaska Wilderness League, which opposes development in the refuge.

In order to conduct seismic surveys on the North Slope, companies must apply for permits to ensure that protected species like polar bears will not be harmed. This analysis, done by the Fish and Wildlife Service, typically takes between six to 12 months, sometimes longer. Now the agency is being asked to issue the permit in three to four months.

Once the permit has been finalized, it is released for a 30-day public comment period.

The new application is being submitted by the same entities that were involved in the previous effort, including SAExploration, a Houston-based seismic operator that recently filed for bankruptcy after an SEC investigation found that the company had misled investors. Last month Jeff Hastings, the company’s former chair and CEO who was ousted last year, was arrested in Anchorage on charges that he sought to deceive investors by inflating its revenues. ASRC is also involved in the permit application.

It is unclear if BLM will conduct a new NEPA analysis for the seismic application or rely on its previous analysis. Before surveys could begin, BLM would also have to carry out an endangered species act consultation with FWS and issue a number of land use permits.

“If the agencies argue that they’ve done NEPA or looked at the impacts of this proposal then that rings very, very hollow,” said Bridget Psarianos, an attorney with Trustees for Alaska, which has sued the administration over its leasing program. “The administration’s attempt to rush this process now is irresponsible.”

There are already four lawsuits challenging the department’s decision on the ANWR leasing program, and a new seismic effort would almost certainly be tested in court.

“From our standpoint this is something that should now be tabled,” said Kolton. “No application for seismic surveys ought to be considered.”

Even if the application is approved and seismic surveys take place this winter, the data most likely won’t be available before the first lease sale. In late August, the Interior Department issued the record of decision for the leasing program choosing the least restrictive alternative and opening nearly the entire coastal plain to development.

It is unclear when the first lease sale will be scheduled — or if it can even happen before the end of January — but the possibility of new seismic data would help to keep industry interest alive.