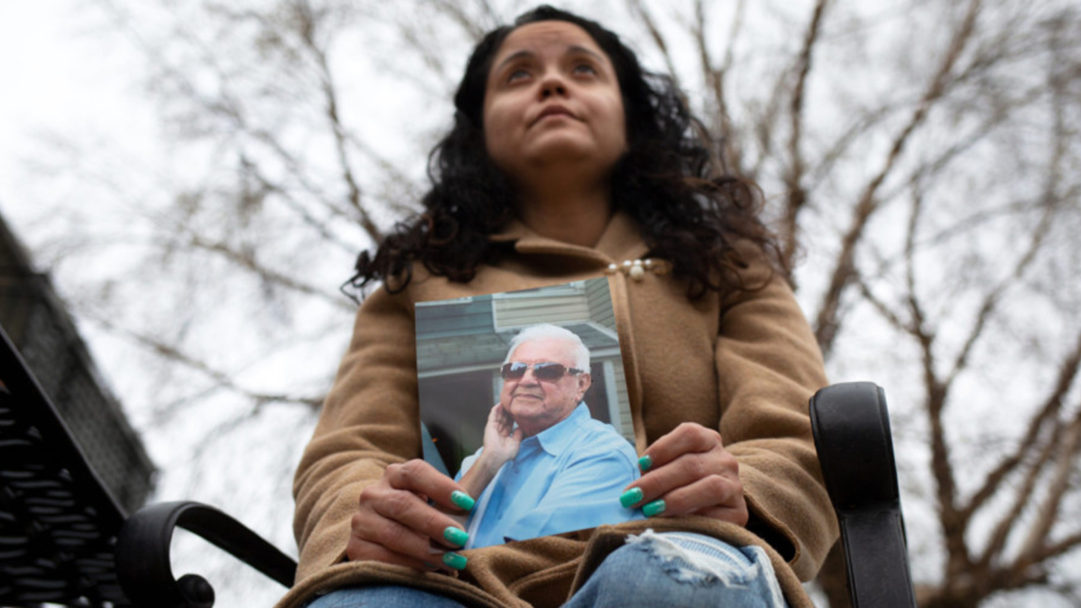 This story was produced as a collaboration between THE CITY, Columbia Journalism Investigations and Type Investigations as part of “MISSING THEM,” THE CITY’s collaborative COVID-19 memorial and accountability journalism project. Do you know a child who has lost a parent or caregiver to COVID-19? Tell us more here.

Across the city, around 8,600 children have lost a parent or caregiver to COVID — a population that would entirely fill 15 average-sized New York City public schools.

This staggering yet largely hidden toll of the pandemic affects more than 1 in every 200 children in New York City, nearly double the rate across the country.

Black, Hispanic and Asian children in the city are roughly three times more likely to lose a parent or caregiver to COVID compared to their white peers, according to an analysis shared with THE CITY. The statistical analysis was conducted by Dr. Dan Treglia, an associate professor of practice at the University of Pennsylvania, for the COVID Collaborative, a bipartisan group of experts advocating for more support and funding for COVID-bereaved children.

The racial disparities in New York City are more pronounced compared to the rest of the country. Across the U.S., Black children, for example, are two times more likely to lose a parent or caregiver to COVID-19 than white children. Here, they are 3.3 times more likely to suffer the same loss.

Few other events in the city have resulted in so many children losing a parent. In 1918, more than 20,000 children lost one or both parents due to the Spanish Flu. Around 3,000 children, many living in New York City, lost a parent in the Sept. 11 attacks.

Nationwide, more than 214,000 children have lost a parent or caregiver to COVID-19, according to an analysis by the COVID Collaborative drawing on data from the Census Bureau and the National Center for Health Statistics. More than two out of three children who lost a parent or caregiver are 13 years old or younger and half of them are concentrated in six states: California, Texas, New York, Florida, Arizona and Georgia.

Over 40,000 people have died of COVID in New York City and the national death toll is approaching 1 million. Each person who dies leaves behind about nine close family members who are grieving, according to a 2020 study published by the National Academy of Sciences’ journal. That leaves nearly nine million people – parents, spouses, siblings, children, and grandchildren – grieving the loss of a loved one.

Children who lose one or both parents could suffer from separation anxiety and depression, according to a study published in the Journal of the American Academy of Child & Adolescent Psychiatry. Bereaved children are also more likely than other children to exhibit symptoms of conduct disorder, substance abuse, and increased school dropout rates, among other effects. Those who lose parents to COVID-19 may also be at risk of poverty and entering the foster care system, according to a 2020 United Hospital Fund report.

In May 2020, Tobias Noboa, who drove a yellow taxi cab for 45 years, died of COVID. Noboa emigrated from Ecuador and lived in an intergenerational household in Corona, Queens, said his granddaughter, Shyvonne Noboa. Tobias was especially close to Shyvonne’s then 4-year-old daughter. He spent his days with her playing ball, watching cell phone videos and sitting on the front stoop waiting to greet Shyvonne when she got home from work.

When he died, Shyvonne’s daughter became anxious, withdrawn and especially overwhelmed with grief. Even her teacher noticed that she was consumed by sadness.

“A spark went out in her, and we were just trying to find it again,” said Shyvonne. “I was watching my daughter suffer right before my eyes and there was nothing I could do to console her.”

Tobias Noboa died of COVID-19 in May 2020. He lived in Queens with multiple generations and was particularly close to his great-granddaughter. Image: Courtesy of Shyvonne Noboa

Children who lose a parent or caregiver deal with multiple layers of loss, according to Dr. David Schonfeld, director of the National Center for School Crisis and Bereavement. In addition to coping with grief, children often need to relocate and adjust to a new school and a new community.

“The child loses everything that person did or could have done or might have done for the child in the future,” he said. “The younger the child, the more difficult the circumstances.”

But pandemic deaths could have a much more severe impact on kids, experts say. The isolation, the inability to say goodbyes, and not having people who could provide support, especially in the early months of the pandemic, may have compounded the trauma and difficulties for grieving kids.

“These were very specific kinds of deaths,” said Dr. Robin Goodman, associate director of public education and bereavement at Child HELP Partnership, a trauma-focused mental health program based out of St. John’s University in Queens, “that had a whole number of other variables that put an added vulnerability for kids on a larger scale than might be for other kinds of deaths that kids experience.”

The disproportionate impact of the pandemic on low-income families of color also makes them less likely to have the resources they need to weather this tragedy. “That means that they’re much more likely to experience those adverse outcomes we’re concerned about,” said Dr. Treglia, an expert contributor to the COVID Collaborative.

Service providers are struggling to keep up with the demand for mental health support from children, experts say.

Shyvonne attempted to find counseling for the family but calls to 14 providers turned out to be dead ends. “Everybody told me it’s really hard to get help because like all the therapists are maxed out,” she said.

“We need more resources and we have to deploy them well,” Dr. Goodman said, adding that failing to help these children could lead to future harm, like kids dropping out of school, being depressed, or self medicating, among other things.

Last week, several City Council members introduced a measure that would require the city’s Administration for Children’s Services to produce quarterly reports of the impact of deaths of parents and guardians from COVID-19 since January 2020.

The Biden administration unveiled a national COVID preparedness plan last month that includes financial support for children and families that lost a loved one to COVID. But these programs require funding from Congress — in the absence of which many of the activities cannot be initiated or sustained, the Biden plan noted.

Shyvonne and Tobias together at the family home in Corona during Thanksgiving 2005. Image: Courtesy of Shyvonne Noboa

Eventually, Shyvonne was able to find family counseling with a psychology student at St. John’s University Center for Psychological Services. Her daughter’s teacher has told Shyvonne that her daughter is starting to show signs of improvement, making friends and playing, but Shyvonne remains frustrated that it took so long to get help for her family.

“I think as a family and for me personally, it’s just incredibly like a weight off my shoulders that I have someone to talk to,” she said. But she stresses that she is only now realizing the full extent to which she and her family were impacted emotionally since the pandemic began — not only from the loss of Tobias, but also the difficulties of remote learning for her kids while she worked from home.

“Not being able to say goodbye to him is where we find ourselves now,” she said. “Covid really destroyed those systems of care that families put together.”

MISSING THEM is supported, in part, by the Brown Institute for Media Innovation at Columbia Journalism School.

Do you know a child who has lost a parent or caregiver to COVID-19?

If so consider taking this survey from The City.