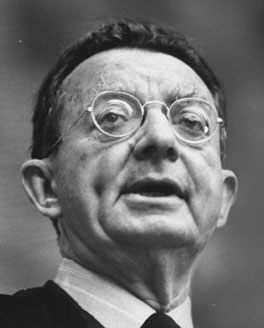 The Investigative Fund at The Nation Institute has announced the launch of a new initiative, the I.F. Stone Award for emerging journalists — designed to support the work of exceptional journalism graduate students, recent journalism school graduates, and journalism interns.

Twice yearly, winners of the award will receive funding (between $2,000 and $10,000) to cover the reporting costs of an ambitious investigative reporting project, along with editorial guidance from Investigative Fund staff; access to such subscription services as Nexis and Accurint; and assistance with placement of the investigation in a print, online, or broadcast outlet.

The deadline for the first round of applications is November 25, 2011.

In recent years, the one-time training grounds for investigative reporters — such as regional dailies and alternative weeklies — have slashed staff to the bone, making it ever more difficult for young and emerging journalists to learn the ropes of in-depth enterprise reporting. Without a diverse group of young reporters coming up through the ranks, journalism could lose much of its capacity for deep accountability reporting — a critical component of a healthy democracy.

The Investigative Fund already has a successful track record of working with a new generation of promising journalists. Anna Lenzer had just completed an investigative internship at The Village Voice when we embarked with her on an in-depth investigation of the popular import Fiji Water. Lenzer found that although marketed as a “green” product, Fiji Water deprives locals of potable water while enjoying tax breaks from a repressive dictatorship. Her work became a Mother Jones cover story and was reprinted across the globe. Habiba Nosheen and Hilke Schellmman began investigating the surrogacy industry as students at the Stabile Center for Investigative Journalism at Columbia University; we supported them as they completed their reporting and placed stories on Need to Know on PBS and in the pages of Glamour, which sparked a lively response from readers and garnered them a South Asian Journalists Association Award for outstanding reporting. Investigations by other young reporters we’ve worked with have graced the front pages of major dailies and garnered appearances on ABC’s Good Morning America and MSNBC. As Sheila Coronel, director of the Stabile Center, says, “The Investigative Fund has provided not just financing, but also editing and mentoring, allowing our students to succeed in their first forays into the world of investigative reporting.”

With the I.F. Stone Award, The Investigative Fund hopes to build on this success, creating a pathway for emerging journalists to publish or air early-career investigations. We hope the award will not only cultivate diverse journalistic talent, but help ensure that investigative reporting continues to be responsive to a broad and eclectic audience.

For more information on the prize and how to apply, please click here.