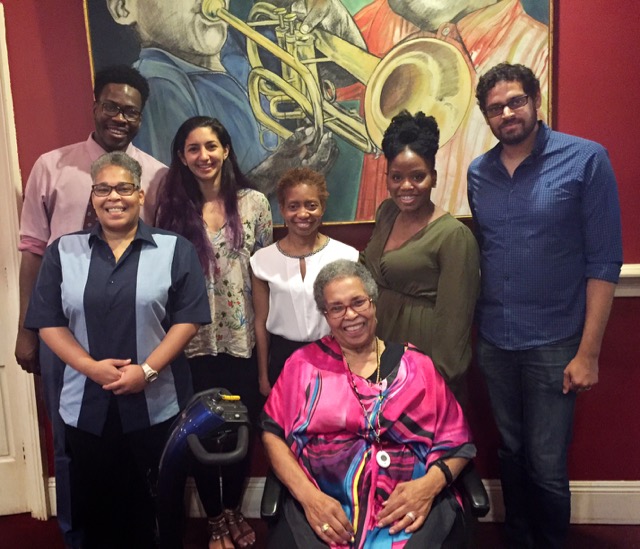 “This fellowship promotes and develops the kind of intrepid reporting that my grandmother, against the worst odds, risked her life to do,” said Alfreda Duster Ferrell, granddaughter of Ida B. Wells, the pioneering African-American investigative reporter and activist who, during the Jim Crow era, led the nation’s first campaign against lynching. “My wish is that each winner will take all forms of journalism to new heights.”

The winners represent a diverse cross-section of America and of journalism experience, ranging from emerging to mid-career, with careers spanning community and ethnic media organizations as well as legacy broadcast and print outlets. Each will receive $10,000 plus funds to cover out-of-pocket reporting costs. The fellows will also receive extensive editorial feedback, legal counsel, research resources, and assistance with story placement and publicity, and journalism mentoring. They will all attend the Investigative Reporters & Editors conference this week in New Orleans.

“The winners blew the selection committee away with their story ideas and work ethic,” said Investigative Fund senior editor Kelly Virella, who leads the Ida B. Wells Fellowship. “I’m extremely proud and excited to work with them on their projects and on their goal of becoming investigative reporters.” The winners were selected from an enormous talent pool of 175 applicants, indicating what Virella calls a “remarkable level of interest in investigative journalism that vividly illustrates the urgent need for this program.”

People of color constitute less than 13 percent of all newsroom jobs, according to an annual survey by the American Society of Newsroom Editors, and 10 percent of supervisors; their presence is even smaller on investigative teams. Women represent 37 percent of newsroom jobs and 35 percent of supervisors. Survey data indicates that fewer than 10 percent of journalists come from a working class background. Meanwhile, studies have shown that diverse editorial staffs are essential for reporting that is relatable, relevant, and actionable for all audiences.

The Investigative Fund will hold another Ida B. Wells Fellowship competition next year. The program is made possible by support from Open Society Foundations.