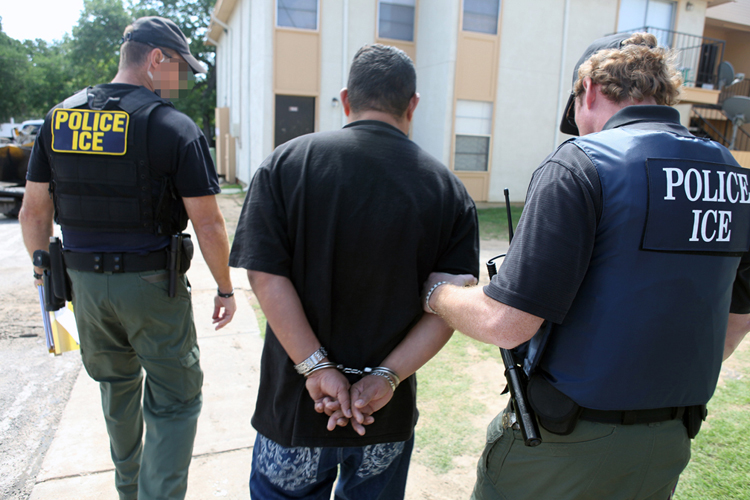 The fate of children whose undocumented immigrant parents are swept into an unyielding immigration dragnet has largely escaped the attention of mainstream media, which is precisely why the recent ABC News investigation on this subject does well to bring the story into American living rooms.

The series from the Brian Ross Investigative Unit’s 2011 Carnegie Fellows profiles two women faced with the loss of their children while fighting their own deportation. Each case reveals a fractious immigration system apparently incapable of coordinating with child welfare agencies, and with little regard for the consequences of tearing families apart.

The first story in the series follows the case of Encarnacion Bail Romero, a Guatemalan mother who in 2007 was arrested in a raid on the Missouri poultry plant where she was employed. Bail was charged with identity theft and her son, Carlos, who was an infant at the time, adopted by an American family. The charges against Bail were eventually dropped, but the fight to recover her son continues today.

The second story takes us to Arizona where Amelia Reyes Jimenez is fighting what appears to be a losing battle to regain custody of all four of her children. Reyes was arrested for one count of child endangerment after the father of her daughters left her 13-year-old disabled child at home alone.

Reyes and Bail are part of a troubling and undocumented trend. Perhaps the closest measurement comes from an Applied Research Center report, “Shattered Families,” which estimates 5,100 children in 22 states were in foster care as of last summer.

The ABC News investigation cites the ARC research to bolster its own; however, it should be noted that the troubling statistics, while significant in scope, are intended as a snapshot of a much larger problem. That’s because there is no government database to tell us just how often parents in detention or deportation have their parental rights severed. And there simply aren’t enough pro bono lawyers championing the cause of desperate mothers like Bail and Reyes. A far greater number of parents simply disappear, as do their children, chalked up as the victims of negligent or absent mothers and fathers.

It could be that to fully understand the problem first requires understanding how two clunky government agencies — Child Protective Services and Immigration and Customs Enforcement— operate and why they fail. To address the special needs of immigrant parents, CPS and ICE must together hammer out a cohesive policy that negotiates court hearings and case planning for parents in detention.

The immigration decisions are under the purview of ICE, and under the narrowest of definitions, ICE is an enforcement agency, a point it chooses to emphasize in excusing its own actions. But it is often too blind or uninterested in the real-world application of its policies, doing nothing to facilitate contact.

On the other hand, CPS is equally — if not more — at fault for separating families, because it is CPS that officially terminates parental rights, through decisions made in the juvenile court. In theory, this should only happens when a parent is truly unfit to care for their own child, not because a decision to enter the country illegally assumes deviant behavior, as Judge David C. Dally suggested in his opinion to terminate Bail’s rights to Carlos. Nor should it be assumed that a child is better off with an adoptive family in the States than a biological one abroad.

If this otherwise worthy investigation falls short it would be in probing the deficiencies of Child Protective Services. And while ABC News is not first to report on the gap between immigration and CPS, surely its investigation has the broadest audience, and perhaps the best chance at affecting policymakers.

Nelsen’s Investigative Fund article, “Torn Apart,” on how deportation is costing families their children, appeared in In These Times on December 20, 2011

Aaron Nelsen is the Rio Grande Valley Correspondent for the San Antonio Express-News.