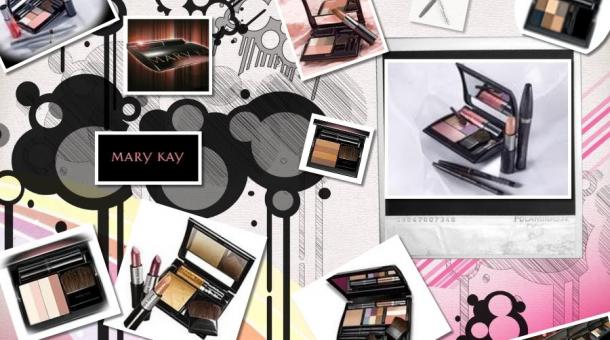 In my Investigative Fund article, “The Pink Pyramid Scheme,” which appeared as the cover story of the August issue of Harper’s, cosmetics direct sales giant Mary Kay claimed “it employs multiple sales directors who earn more than $1 million a year.” But the figure that surprised me more was this: of the 600,000 Mary Kay consultants currently working in the United States, only 300 of them are making a six-figure income — off the commissions they earn when the women on their sales teams buy products. That paints a stark picture: A very small, select group of folks (0.05% of the workforce) at the top of the pyramid, earning money off the vast numbers of people working the lower levels.

In fact, when you look at the direct sales industry as a whole, the picture gets even bleaker. There are 15.6 million Americans (and many more across the world) working for a direct sales brand like Amway, Scentsy, Herbalife, Nu Skin, Stampin’ Up!, and of course, Mary Kay. The Direct Selling Association, a trade association which represents the interests of these companies in Washington DC, claims that the industry posted almost $30 billion in retail sales last year.

This is problematic for two reasons.

First: Nobody in the direct selling industry actually tracks their retail sales — at least, not that they’ll admit in public. Mary Kay boasts of $3 billion in global wholesale sales, but all that number tells us is how much Mary Kay consultants paid to be in business with the company by purchasing their $100 starter kit and subsequently making giant investments in inventory, which they try to retail at skincare classes, parties, or Mary Kay-hosted websites. “We can’t and don’t track retail sales,” Mary Kay Vice President of Compliance Laura Beitler admitted to me on NPR’s On Point earlier this week. The DSA most likely estimates its retail sales figure off the industry’s collective wholesale sales, assuming everyone sells all the inventory they buy. Mary Kay, for example, promises that you’ll earn a 50 percent commission on every product you sell. If we use that as a ballpark, all the $30 billion retail claim tells us is that 15.6 million sellers spent $15 billion on direct sales products last year.

Second: Even if we presume that every last direct seller sold every bit of inventory he or she purchased (while incurring no business expenses) so the $30 billion in retail sales could be accurate, direct sellers aren’t making much money. Divide the sales figure by the number of sellers and you get an average of $1923.08 per year, or $160 per month. Of course, as the industry argues over and over: People join direct sales for different reasons. Some “just love the products” and are happy earning a small stipend; others are trying to launch a full-time career and this range may skew the average paycheck. But Mary Kay will honor hundreds of top saleswomen this week at its Dallas convention with its “Court of Sales,” which requires a minimum of $18,000 in annual wholesale orders to qualify; at the top, a handful place as much as $25,000. Again, assuming a 100 percent sales success rate and no business expenses, these women would only pocket $18,000 to $25,000 per year. Hardly the “great part-time choice” or the “lucrative full-time opportunity” that Mary Kay claims on their website’s “Make Money” page. Or the “financial independence” that Amway advertises and “earning what you’re worth” as Herbalife puts it.

The only way to make real money in any of these multi-level marketing (MLM) companies is to forget about selling to the retail market and focus on recruiting members of your “downline,” who will buy lots of inventory for their own businesses, from which you earn a percent. “My wife has made a lot of money in a Multi-Level Marketing company and I have the tax returns to prove it,” said one caller to On Point on Monday. “But we didn’t feel good about it because we knew we were doing it on the backs of tons of people.”

And none of these harsh realities are disclosed to a new direct sales recruit. In 1976, the Federal Trade Commission passed a franchise disclosure rule, which requires a franchiser to provide a wealth of data to interested franchisees, including accurate income estimates, the location of competing franchises, and overhead costs. But any business with a starter fee of less than $500 was exempted from the rule — making it very easy for MLMs to stay under the radar. In 2006, the FTC proposed a disclosure rule specifically for MLMs, which would have required documented earning claims as well as a “cooling off period” where recruits would get a week to think over their decision. “The industry spent millions of dollars fighting that rule,” Douglas Brooks, a Boston-based attorney who has litigated numerous class-action suits against MLMs told me in a phone interview. “The companies got thousands of sellers to swamp the FTC with comments.” In 2008, the FTC gave in and exempted MLMs from the new rule — it went into effect this past March but only applies to minor businesses like vending machines.

Brooks reports that the DSA is now going state by state, pushing to get a law passed that purports to protect consumers against pyramid schemes — but in reality, re-classifies all those wholesale orders as “retail sales,” protecting the companies from pyramid scheme charges. And they’re not afraid to buy political muscle either: Mother Jones reported in May that Mormon-founded Nu Skin donated $50,000 to Mitt Romney’s 2008 campaign. Wrote Stephanie Mencimer:

Nu Skin isn’t Romney’s only connection to the MLM industry. Gordon Morton, cofounder of the supplement company Xango (the self-described creator of the mangosteen beverage “category”), served on his 2008 campaign’s finance committee. This past January, David Lisonbee, founder of the Sandy, Utah-based MLM company 4Life Research, donated $500,000 to Restore Our Future. And Romney’s current finance chair, Frank VanderSloot, is the CEO of Idaho-based Melaleuca, a multilevel-marketing company that sells green cleaning products and nutritional supplements. Melaleuca and its subsidiaries contributed $1 million to Restore Our Future last year.

Romney has gone on record about his love for Melaleuca and its “promise of enhancing the lives of people.” He also worked with Nu Skin, as Mencimer reported last year, when he oversaw the 2002 Salt Lake Olympic Games and persuaded the peddler of dietary supplements to help sponsor the games with a $20 million contribution; Romney appeared at Nu Skin’s 10th international committee in return, telling the crowd that Nu Skin, like the Olympics, is “about taking control of your life and managing your own destiny.”

I focused my story on Mary Kay because I wanted to explore how the company uses a “you can have it all” fantasy of modern womanhood to manipulate women. But the truth is, that’s just one marketing tactic employed by an industry baiting dozens of expensive traps with persuasive rhetoric about bootstraps and the American dream. The number one question I’ve gotten since publishing the piece is: “But is this company any better?” Usually this query comes from folks who’ve already invested time and money with an MLM or two and are wondering if maybe, just maybe, they picked the company who does things right. For the most part, the depressing answer is no. “We could go company by company through the DSA’s members and applied the FTC’s anti-pyramid scheme test,” says Brooks. “Very few companies would pass.”