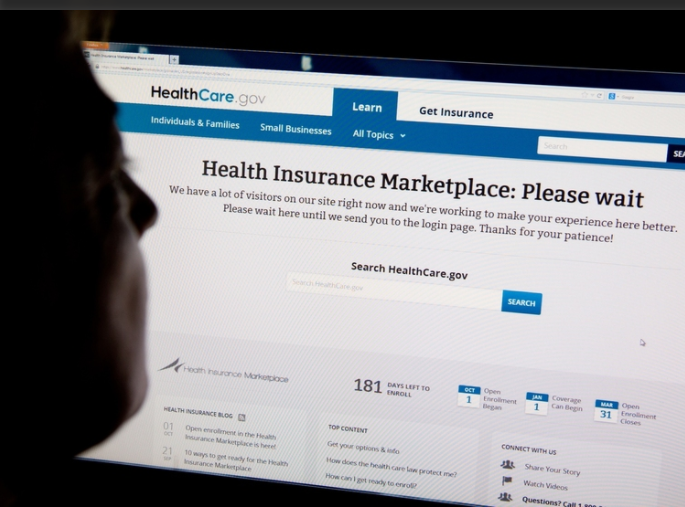 Forget for a moment the debacle of healthcare.gov’s rollout. To understand the more analog challenge Obamacare faces today, you have to spend time with people like Gabrielle Terry.

She’s what’s called a “navigator” for the Jewish Renaissance Medical Center and she’s charged with getting as many uninsured Newark residents as possible signed up by March 31st. That’s not been easy. Officials initially expected navigators to spend about 45 minutes on each enrollment application; turns out the process is more like two hours.

“What stops people on the application is once they hit those plans. Sometimes its 26 different plans with 26 different premiums and copays and co-insurance numbers and–it’s overwhelming,” Terry said.

Terry has been doing outreach since October; she has yet to see a single person go all the way through the process of buying insurance.

Roughly 80 percent of subscribers are expected to qualify for a tax credit to help pay for their insurance–and many of those people will be buying into the insurance market for the first time.

Michael Ann Kyle leads the Greater Newark Health Care Coalition, a collection of providers and community groups that have been coordinating their enrollment efforts.

“The middle class/working class population who’s eligible for subsidies now, this is really new to them. You still have an incredible amount of people who aren’t aware that they’re eligible,” Kyle said.

Raymond Castro, a senior analyst at the progressive think tank New Jersey Policy Perspective, argues that Governor Chris Christie has made the tough job of reaching those people far harder.

“The challenge New Jersey has, is that it didn’t opt for a state exchange, so not there’s enough money for outreach and we’re behind the 8 ball,” says Castro.

Targeted media campaigns are noticeably rare in New Jersey. The Jewish Renaissance Medical Center got federal funding to produce its advertising and air it in the Newark TV market. But last month, New Jersey forfeited $7.6 million in additional federal funding that Castro says could have been used for more of this kind of aggressive, targeted outreach–campaigns that he argues are essential, given the profile of New Jersey’s uninsured residents.

“Most of the people who are uninsured in our state work, and sometimes they work in two or three jobs. These are people who are very busy, they often have children. They’re trying to manage their lives, and so it’s difficult for them to focus on this opportunity that we have in the the marketplace,” says Castro.

But the challenge doesn’t stop once navigators grab the attention of would-be subscribers. Many of them are encountering the process of buying and using insurance for the first time. People are confused on even the basics–like, what’s the difference between “Obamacare” and the Affordable Care Act (none). Not to mention the complex math of deciding which type of coverage will best suit their needs.

“It scares them. they’re scared. and I can totally understand,” says Khalilah Jackson, a navigator working at Newark’s Beth Israel Medical Center.

“Some people will bring in their information and just say, ‘Ms. Jackson I need help. Can you please advise me on what plan I should take?’ They just want a physical person to speak to about the proper choice,” Jackson said.

The stakes are high. Take a retail worker making $16,000 a year, just above minimum wage and just enough not to qualify for Medicaid. This worker would get a federal subsidy to help pay for whatever plan he or she selects. Now, a reasonable choice would be a plan with a cheap monthly payment. But then the applicant also has to consider higher co-pays, deductibles and other costs — all of which could make it unaffordable to actually use the insurance.

Meanwhile, federal data suggest that most people are relying on a time-honored convention for making confusing consumer choices: They pick the second cheapest option on the list.

Kyle, of the Greater Newark Health Care Coalition, says that’s understandable because the decision is complicated.

“I mean, I’m a nurse and I work in health policy and I sometimes get puzzled trying to figure out my own insurance. What is a premium? What is a co-pay?… In the end, I think there’s been too much of a focus on Obamacare as policy and not on what it means for me,” Kyle said.

It might mean not opting into the system at all. Navigators say many people could decide they’d rather take the tax penalty than lose desperately needed monthly income.

Either way, the clock is ticking. Anyone still uninsured as of March 31 won’t get coverage until 2015, and they’ll pay for it at tax time.