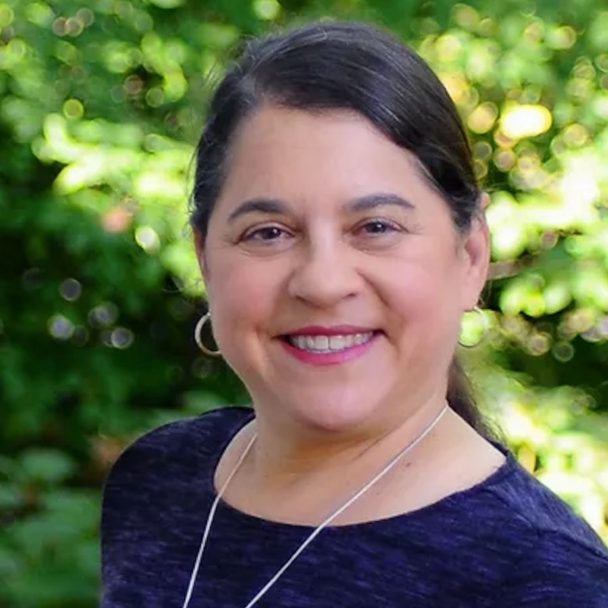 Type Investigations reporting fellow Sarah Posner has spent the past several years reporting on the increasing influence of the evangelical Christian right on mainstream politics. In her newest piece, “Overturning Roe Is the Crowning Achievement of Christian Nationalism,” produced in partnership with The Nation, Posner looks at Supreme Court Justice Samuel Alito’s leaked draft opinion for Dobbs v. Jackson Women’s Health Organization and analyzes how the decision will serve the Christian right in their attacks against not just reproductive rights, but other rights as well.

In this conversation, we discuss how Posner started reporting on the Christian right, the tactics evangelical right wing groups use in their mission to reverse Roe v. Wade, and how she thinks advocates can begin to challenge the attack on reproductive rights.

The Backstory · Sarah Posner: Reporting on the Christian Right

Paco Alvarez: So my first question is what first drew you to reporting on the evangelical Christian right?

Sarah Posner: Well, it was something I had studied in college, and then I went to law school and practiced law for a while before becoming a journalist, and that coincided with the early years of the Bush administration. So this political phenomenon that I had started studying about a decade and a half before was really coming to the forefront during Bush’s presidency. And so that’s what kind of propelled me both into journalism and into this beat in particular.

Alvarez: As you’ve noted in your reporting, the Christian Right’s mission to reverse abortion rights has been a decades long endeavor. What are some of the tactics that Christian Right groups have used over the years that you’ve reported on that have led to the reversal of Roe?

Posner: Well, they’ve gone after abortion on a number of fronts. One front is advocating for the nomination and confirmation of judges and Supreme Court justices, more specifically, who are very clearly opposed to Roe and willing to overturn it. Another front for them has been litigating cases like the case that the Supreme Court is poised to decide to overturn Roe. Litigating these cases so that there will be a test case to overturn Roe. But they’re also involved in drafting and promoting and lobbying for the legislation that becomes the court challenge to Roe. So the Christian right is very involved in mobilizing citizen activists who lobby their state legislatures to pass these laws. They’re very involved in recruiting and supporting the candidacies of legislators who write and pass these laws. And then they’re also very involved in mobilizing the ground troops in this battle. So mobilizing the people who will go and protest outside the Supreme Court, who will go and harass people outside of abortion clinics, who will run crisis pregnancy centers. So it’s really a full blown approach to changing the law, creating the political environment where they can make it seem like their position is the majority position, even though it is not, and ultimately putting into practice their larger goal of, in their words, having a Christian nation that is governed by biblical principles.

Alvarez: And as you just noted, this is obviously a very well-funded and well mobilized political movement that’s not scared to take on its critics. Have you faced any difficulties or backlash during your time reporting?

Posner: I mean, nothing serious. Obviously, like every reporter gets emails or pushback or harassment on social media about their reporting, people trying to question whether you were reporting correctly on something or whether you exaggerated something or so on. But I’m fortunate not to have had anything more serious than that. But I have had people – I would say some of the backlash that I got over the course of my career was from people who might consider themselves moderates or centrists who said that I was exaggerating or paranoid or hysterical. And I think the events of the recent weeks have proved them wrong.

Alvarez: So in your newest piece for Type, you talk about how Alito’s leaked draft opinion for Dobbs doesn’t just reverse abortion rights, but also sets the groundwork for attacks on other rights as well, including on LGBTQ rights. How do you think that will happen?

Posner: Well, I think if this opinion turns out to be the majority opinion in Dobbs what you have here is a court that has thrown stare decisis out the window. So basically what Alito is saying in this opinion is that Roe was an outlier in American law, meaning that for centuries, for decades, centuries, and even reaching back into medieval England and Anglo common law, abortion was illegal until the Supreme Court legalized it in 1973. So given that abortion is not in the Constitution and given that supposed history laid out by Alito, therefore there’s no reason, in fact, there’s reason not to for the court to recognize abortion rights. So if that is the majority’s reasoning, the same thing would apply to cases like Lawrence v. Texas, which struck down anti-sodomy laws as unconstitutional, and Obergefell v. Hodges, which struck down bans on same sex marriage in 2015. And obviously, Obergefell built on Lawrence, which was decided in 2003.

Even though he claims elsewhere in the opinion that this decision in Dobbs wouldn’t impact these other rights, by the logic of his of his opinion both Lawrence and Obergefell would be on the chopping block. And given that I know from my own reporting that Christian right legal and political advocates also favor overturning Lawrence and Obergefell and in fact, are treating Obergefell like they treated Roe, in other words, dedicating themselves to a decades long campaign against it, I think it would only be a matter of time before this court overrules Obergefell and Lawrence, because based on Alito’s statements in in that opinion, in Dobbs and based on what we know, the ambitions of the Christian right are.

Alvarez: And in your article you mention that disgust is an important tool that the Christian right has used in its attempts to attack both Roe and LGBTQ rights. Can you expand on that? What are some of the ways that the right will be discussed to chip away at reproductive rights?

Posner: So obviously, during the days in the eighties and nineties when they sort of routinely used photos of bloody fetuses at protests outside abortion clinics, obviously that was very directly directed at getting people to feel disgust at abortion. For a long time, they abandoned that particular tactic and focused more on personhood or civil rights for the fetus. They thought that that was perhaps maybe a better tactic to take to change people’s minds about abortion. But even as they did that, they continued to portray abortion as a barbarous kind of procedure that took away a human life, took away a life that of a person who had civil rights, just like a person. And as I noted in the piece, the anti-choice activist Lila Rose once proposed at a conservative religious conference that abortions be done in the public square so people could see how terrible they were. So this was all very much geared towards making people feel sick, feel disgusted by a medical procedure, a medical procedure that is a constitutionally protected right.

And I think a lot of their strategy on LGBTQ rights has been similar, particularly in the last 8 to 10 years, when they focused more on trans rights and eviscerating trans rights. That started with attempts to ban trans people from gender appropriate bathrooms based on arguments that it was dangerous to let trans women go into women’s bathrooms. And so that, too, that tapped into a longer standing anti LGBTQ strategy where gay men in particular were depicted as deviants who would assault women or children in bathrooms.

Alvarez: Based on your years of reporting in this area, what do you think politicians and activists should learn or adopt strategy wise if they want to effectively defend reproductive rights?

Posner: I think one of the main successes of the Christian right over the years has been convincing the media that because their political positions are based on their deeply held religious beliefs, that they really shouldn’t be questioned. And I think one of the things that would probably benefit advocates of reproductive and trans rights and LGBTQ rights generally would be to say more explicitly: A) that religion does not dictate our public policy for one thing. For another thing, somebody’s particular religion is not – the imposition of some of these particular religious views is explicitly not protected in the Constitution and that it’s okay when you bring your religious views into the public square, into a political debate for other people to question those; it’s not anti-religious or anti-Christian for people to question religious beliefs that are brought so directly to bear on public policy. And I think there’s been perhaps too much timidity about that, about being straightforward about that.

And I think the other thing would be to recognize that what might have been fringe five, ten, twenty years ago has very much become the mainstream of the Republican Party. And to take very seriously that the move from fringe to mainstream is very, very real and to not ignore that and to not dismiss seeing things that seem fringe as fringe because they are so increasingly just right at the center of the Republican Party.

Alvarez: And my final question, do you have any advice for newer reporters interested in reporting on the Christian right?

Posner: I guess my main advice would be to read books that have been written on the topic because there’s a lot of both reporting and scholarship on it that’s already been done. And another piece of advice would be to try to immerse yourself in some corner of it, whether it’s a denomination or a political group or a particular facet, you know, like reproductive rights or something like that. And really dig in by going to conferences and going and talking to the people who are there and listening to their podcasts and watching their TV shows and following them on social media, so you can really – because it is kind of like a different world if you grew up in the secular world, if you didn’t grow up in the evangelical world. And so really understanding how it works and people within it think it is really important to your reporting other than – beyond just going to one or two things or writing one brief story about it.