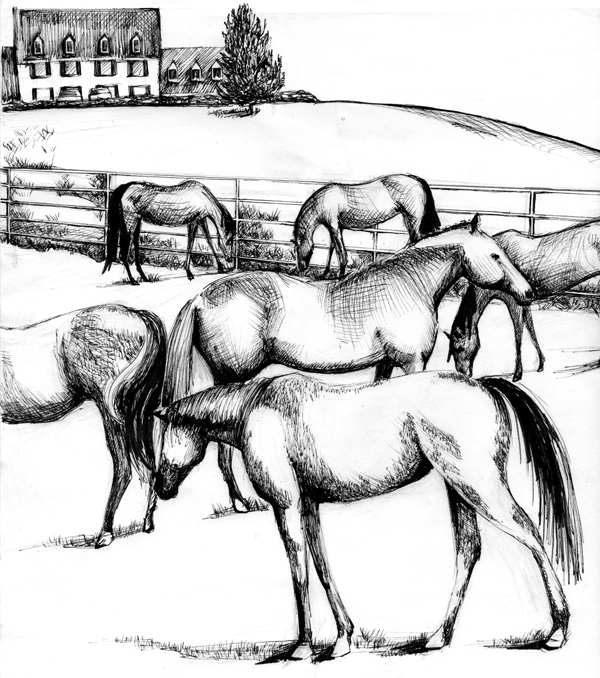 We're halfway through our summer fund drive here at The Nation Institute's Investigative Fund — and we hope this story, about one of our fantastic young reporters, will inspire you to give.

For years, CNN anchor Lou Dobbs made a career out of bashing undocumented workers and their “illegal” employers on his popular TV show. But after a year of investigation, and lots of editorial support and training from The Investigative Fund, the enterprising and tenacious Isabel Macdonald, armed only with a sketch pad, broke the story that Dobbs himself relied on undocumented labor.

A year of hunting down clues and gaining the trust of sources takes a great deal of resources. But that's what it takes to get a fantastic exposé. To help support more investigations like this, please donate to The Investigative Fund today.

Just this morning, The Nation Institute's board of trustees pledged to match all donations for the duration of our summer fund drive, dollar for dollar. So double your impact and donate now!

Isabel's article, “Lou Dobbs, American Hypocrite,” was a Nation cover story and an A1 story in El Diario.

Based on some initial research, Isabel set out to find the remote location in rural Vermont where Dobbs' show jumping horses are stabled. Using her talents as a sketch artist, she gained access to the grounds, where she spent hours drawing the horses — enabling her to meet the workers who groom Dobbs' million-dollar animals.

Isabel followed Dobbs' horses to their winter stables in Florida, where she met more stable workers. There, she also visited the gated community where Dobbs has an estate, with gardens maintained by undocumented laborers.

All this travel was supported by The Investigative Fund, now known as Type Investigations. Please show your support for this kind of intrepid reporting by donating now.

Three earlier attempts had been made to get this story, Isabel learned, including by reporters from established dailies — the New York Post and Newsday. The Post gave its reporter only two days to get the story. The Investigative Fund gave Isabel a year.

Isabel's story immediately caught fire and was picked up by websites, blogs, newspapers and magazines across the country. CNN called the piece “very well done investigative reporting.” With help from a media trainer, Isabel went face to face with Dobbs on MSNBC and ABC'sGood Morning America. We thought it was a TKO.

The media storm exposed how even a public figure who claims to despise undocumented workers has benefited from an underground economy where wages are low and overtime pay a dream. As the Los Angeles Times editorialized, “Dobbs made his money and collected his estates in part by convincing his American audience that the very people who till his gardens and care for his horses deserve to be punished.”