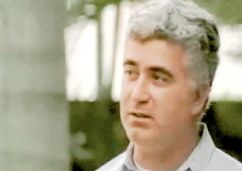 In May, The Investigative Fund’s John Bowe dug into the world of legal human trafficking by companies feeding workers into this country’s H-2A guest worker program. Now the target of that probe is under federal indictment.

Bowe’s investigation, published as a feature in Mother Jones, focused in on one American recruiting firm, Global Horizons, and its president and founder, Mordechai Orian. The firm recruited Thai farmers for agricultural jobs in the United States and charged them upward of $10,000 a piece — with interest — for job placement. Workers borrowed the money, even putting their homes up for collateral, only to arrive in remote parts of Washington State or Hawaii for sporadic work that didn’t even pay enough for them to cover their loan payments. The workers slept in tightly packed barracks and were fed insubstantial food rations, leaving them to forage in the bushes for food. One Global Horizons agent in Hawaii walked the fields armed with a knife, a gun, or a baseball bat, threatening workers with deportation if they didn’t behave. Bowe’s reporting exposed the H-2A program as opening the door for a new form of indentured servitude.

Orian refused to take responsibility for the practices of his subcontracted recruiters, telling Bowe only, “Middlemen are always going to seek an incentive.”

Last Thursday, the Justice Department announced that a federal grand jury in Honolulu has indicted Orian, three of his employees and two of his Thai labor recruiters for engaging in “a conspiracy to commit forced labor.” If convicted, Orian faces a maximum sentence of 70 years in prison. The indictments have been covered in major media outlets from the New York Times and the Los Angeles Times to CNN, One Thai community advocate calls it a “mind-boggling” case and a “major, major victory.” The FBI has characterized the Global Horizons operation as the largest human-trafficking scheme ever to result in criminal chargesin the United States.

Orian turned himself in to federal authorities on Friday and the offices of Global Horizons are now closed. He denies all charges.

The guest worker program, which brought some 60,000 workers into the country last year, has enjoyed the support of everyone from the late Ted Kennedy to the US Chamber of Commerce — and some immigration reform proposals would dramatically expand it.