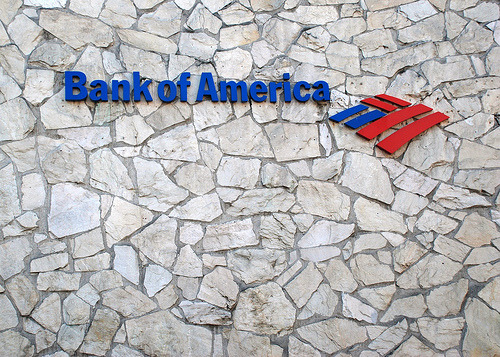 Forged signatures and wildly exaggerated incomes on loan paperwork. Home loans granted for properties without homes on them. Criminals hired as a mortgage brokers. These were common practices among some of the country’s biggest banks and lenders in the lead-up to the subprime crisis.

As Michael Hudson wrote in a two-part series for The Investigative Fund, published on the late lamented The Big Money, in May 2010, “a growing body of evidence, however, attests that fraud and predatory lending were open secrets in the mortgage business.”

Hudson wrote “Silencing the Whistle-blowers” and “When Whistle-blowers Fight Back” on the endemic gagging of truth-tellers at mortgage lenders, which facilitated the 2008 economic collapse. Investigators were regularly ignored, harassed, demoted, and fired. One fraud investigator who Hudson profiled at BB&T Corp filed a lawsuit against her employer and won, with a federal judge ruling that the company had violated whistleblower-protection laws enacted after the Enron scandal.

Hudson’s reporting was picked up by ProPublica, The Wall Street Journal, ABC News, and Democracy Now!, and garnered a 2011 Excellence in Financial Journalism Award. The piece has had real-world impact as well. The article was recently cited in federal lawsuits against Citigroup (see PDF) and Barclay’s (see PDF); see, for example, this passage from the Barclay’s suit:

Steve Jernigan, a fraud investigator at Argent, said that he once went to check on a subdivision for which Argent had made loans. The address on the loans turned out to be in the middle of a cornfield; the appraisals had all been fabricated. The same fake picture had been included in each file. Michael W. Hudson, “Silencing the Whistle-blowers,” The Investigative Fund, May 10, 2010.

And the Congress-appointed Financial Crisis Inquiry Commission used comments in its report, released in January, from one of the whistle-blowers first uncovered by Hudson. For example, see this passage:

Ed Parker, the former head of Ameriquest’s Mortgage Fraud Investigations Department, told the Commission that he detected fraud at the company within one month of starting his job there in January 2003, but senior management did nothing with the reports he sent. He heard that other departments were complaining he “looked too much” into the loans. In November 2005, he was downgraded from “manager” to “supervisor,” and was laid off in May 2006.

Now Hudson has come out with a related series on whistle-blowing for the Center for Public Integrity. Called “The Great Mortgage Cover-Up“, this two-part series delves into the ways in which Countrywide Financial, once America’s largest mortgage lenders, knowingly condoned fraud and how Bank of America, which acquired Countrywide in 2008, has failed to root out this “culture of fraud” (read part two here.).

Eileen Foster, a vice-president and fraud investigator at Countrywide, regularly tried to expose deceptive lending practices and the crackdown on whistle-blowers, in order to force accountability for the “anything goes attitude” that she says reached all the way up to management levels at the company. The attitude, she says, was, “The rules don’t matter. Regulations don’t matter. It’s our game and we can play it the way we want.”

But Countrywide’s upper echelons were not grateful for her efforts. In the fall of 2008, the company’s new owner, Bank of America, fired her for “unprofessional conduct.” It took three years, but Foster’s name was finally cleared last month when the U.S. Department of Labor ruled that “Bank of America had illegally fired her as payback for exposing fraud and retaliation against whistleblowers.” BofA was ordered to reinstate her and give her some $930,000.

After it acquired the company, Bank of America deflected responsibility by claiming that issues related to Countrywide were “old news.” Testimony from people like Foster paints a different picture. The bank was forced to pay $108 million to settle fraud charges against Countrywide, which raises the question, Hudson writes, of “whether the bank has tried to curtail its legal liability by papering over the history of corruption at its acquisition.” (Evidently, Foster’s honesty had been a liability.)

What’s more, as Hudson tells, the end of Countrywide has not meant the end of the “culture of fraud” at BofA. The bank is being pressured by federal authorities to pay $20 billion to settle claims that they used “robo-signers” to rush foreclosures. And Nevada’s attorney general has charged BofA with employing deceptive loan modification practices.

As Washington continues to work out what the new Dodd-Frank financial regulations will look like, incisive, in-depth reporting like Hudson’s makes it clear “that protecting homeowners and preventing future disasters will require more than broad strokes and modest tinkering.”

Erika Eichelberger is an independent journalist and former staff reporter at Mother Jones.