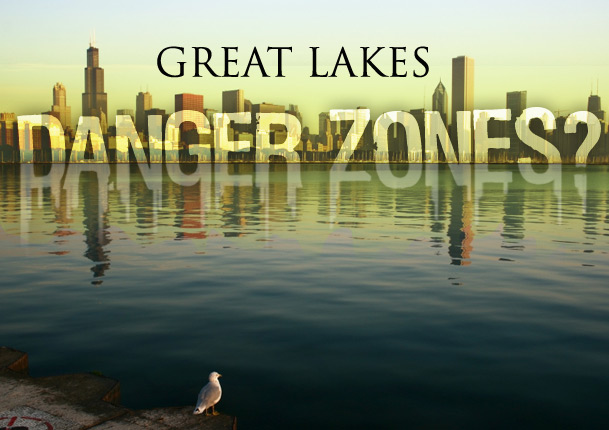 For more than seven months, the nation's top public health agency has blocked the publication of an exhaustive federal study of environmental hazards in the eight Great Lakes states, reportedly because it contains such potentially “alarming information” as evidence of elevated infant mortality and cancer rates.

The 400-plus-page study, Public Health Implications of Hazardous Substances in the Twenty-Six U.S. Great Lakes Areas of Concern, was undertaken by a division of the Centers for Disease Control and Prevention at the request of the International Joint Commission, an independent bilateral organization that advises the U.S. and Canadian governments on the use and quality of boundary waters between the two countries. The study was originally scheduled for release in July 2007 by the IJC and the CDC's Agency for Toxic Substances and Disease Registry (ATSDR).

The Center for Public Integrity and The Investigative Fund have obtained the study, which warns that more than nine million people who live in the more than two dozen “areas of concern”—including such major metropolitan areas as Chicago, Cleveland, Detroit, and Milwaukee—may face elevated health risks from being exposed to dioxin, PCBs, pesticides, lead, mercury, or six other hazardous pollutants.

Since 2004, dozens of experts have reviewed various drafts of the study, including senior scientists at the CDC, Environmental Protection Agency, and other federal agencies, as well as scientists from universities and state governments, according to sources familiar with the history of the project.

“It raises very important questions,” Dr. Peter Orris, a professor at the University of Illinois School of Public Health in Chicago and one of three experts who reviewed the study for ATSDR, told the Center. While Orris acknowledged that the study does not determine cause and effect—a point the study itself emphasizes—its release, he said, is crucial to pointing the way for further research. “Communities could demand that those questions be answered in a more systematic way,” he said. “Not to release it is putting your head under the sand.”

In a December 2007 letter to ATSDR in which he called for the release of the study, Orris wrote: “This report, which has taken years in production, was subjected to independent expert review by the IJC's Health Professionals Task Force and other boards, over 20 EPA scientists, state agency scientists from New York and Minnesota, three academics (including myself), and multiple reviews within ATSDR. As such, this is perhaps the most extensively critiqued report, internally and externally, that I have heard of.”

Last July, several days before the study was to be released, ATSDR suddenly withdrew it, saying that it needed further review. In a letter to Christopher De Rosa, then the director of the agency's division of toxicology and environmental medicine, Dr. Howard Frumkin, ATSDR's chief, wrote that the quality of the study was “well below expectations.” When the Center contacted Frumkin's office, a spokesman said that he was not available for comment and that the study was “still under review.”

De Rosa, who oversaw the study and has pressed for its release, referred the Center's requests for an interview to ATSDR's public affairs office, which, over a period of two weeks, has declined to make him available for comment. In an e-mail obtained by the Center, De Rosa wrote to Frumkin that the delay in publishing the study has had “the appearance of censorship of science and distribution of factual information regarding the health status of vulnerable communities.”

Some members of Congress seem to agree. In a February 6, 2008, letter to CDC director Dr. Julie Gerberding, who's also administrator of ATSDR, a trio of powerful congressional Democrats—including Rep. Bart Gordon of Tennessee, chairman of the Committee on Science and Technology—complained about the delay in releasing the report. The Center for Public Integrity obtained a copy of the letter to Gerberding, which notes that the full committee is reviewing “disturbing allegations about interference with the work of government scientists” at ATSDR. “You and Dr. Frumkin were made aware of the Committee's concerns on this matter last December,” the letter adds, “but we have still not heard any explanation for the decision to cancel the release of the report.”

Canadian biologist Michael Gilbertson, a former IJC staffer and another of the three peer reviewers, told the Center that the study has been suppressed because it suggests that vulnerable populations have been harmed by industrial pollutants. “It's not good because it's inconvenient,” Gilbertson said. “The whole problem with all this kind of work is wrapped up in that word 'injury.' If you have injury, that implies liability. Liability, of course, implies damages, legal processes, and costs of remedial action. The governments, frankly, in both countries are so heavily aligned with, particularly, the chemical industry, that the word amongst the bureaucracies is that they really do not want any evidence of effect or injury to be allowed out there.”

The IJC requested the study in 2001. Researchers selected by the ATSDR not only reviewed data from hazardous waste sites, toxic releases, and discharges of pollutants but also, for the first time, mapped the locations of schools, hospitals, and other facilities to assess the proximity of vulnerable populations to the sources of environmental contaminants. In March 2004, an official of the IJC wrote to De Rosa to thank him for his role in the study, saying that he was “enthusiastic about sharing this information with Great Lakes Basin stakeholders and governments,” and adding, “You are to be commended for your extraordinary efforts.”

Unlike his Canadian counterpart, however, the ATSDR's Frumkin seems anything but thankful. De Rosa, a highly respected scientist with a strong international reputation from his 15 years in charge of ATSDR's division of toxicology and environmental medicine, was demoted after he pushed Frumkin to publish the Great Lakes report and other studies. De Rosa is seeking reinstatement to his former position, claiming that Frumkin illegally retaliated against him. Phone calls to ATSDR seeking comment about the pending personnel dispute were not returned.

“I think this is really pretty outrageous, both to Chris personally and to the report,” Dr. David Carpenter, a professor of public health at the State University of New York at Albany and another of ATSDR's peer reviewers, told the Center for Public Integrity.

Some members of Congress have also taken De Rosa's side. That same February 6 letter to Gerberding, which was co-signed by Rep. Brad Miller of North Carolina, chairman of the Subcommittee on Investigations and Oversight of the Science and Technology Committee, and Rep. Nick Lampson of Texas, chairman of the Subcommittee on Energy and Environment, expressed concern that “management may have retaliated against” De Rosa for blowing the whistle on ATSDR's conduct related to this investigation and another involving work on formaldehyde in trailers supplied by the Federal Emergency Management Agency to victims of hurricanes Katrina and Rita. “The public is well served by federal employees willing to speak up when federal agencies act improperly, and Congress depends upon whistle blowers for effective oversight,” the letter states. “We will not tolerate retaliation against any whistle blowers.”

Barry Johnson, a retired rear admiral in the U.S. Public Health Service and a former assistant administrator of ATSDR, told the Center that before he left in 1999 he recommended that the agency investigate the dangers that chemical contaminants might pose to residents of the Great Lakes states.

“This research is quite important to the public health of people who reside in that area,” Johnson said of the study. “It was done with the full knowledge and support of IJC, and many local health departments went through this in various reviews. I don't understand why this work has not been released; it should be and it must be released. In 37 years of public service, I've never run into a situation like this.”

Research support for this story was provided by The Nation Institute Investigative Fund.