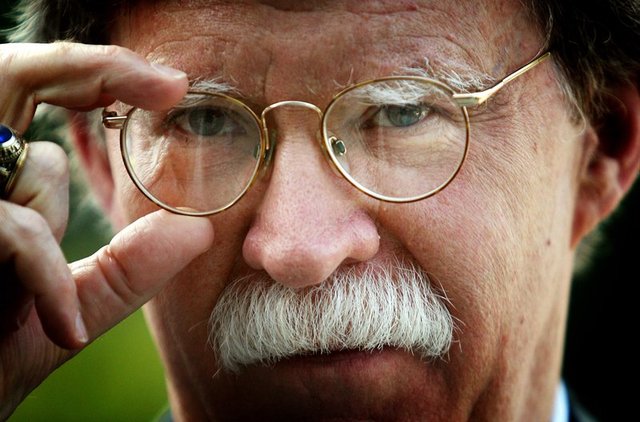 There was perhaps no better vantage point from which to chronicle the twilight months of the Bush administration and its national security policy than the Israeli resort town of Herzliya, where in January the Interdisciplinary Center, a private college and research institute, convened its annual international security confab. The four-day conference, organized by Uzi Arad, a former national security advisor to onetime Israeli Prime Minister Benjamin Netanyahu, brought together Israeli policymakers and thought leaders with their American and European counterparts. Attending the event, dubbed “Israel at Sixty: Tests of Endurance,” were a host of prominent Washington hawks, among them, former United States ambassador to the U.N. John Bolton, neoconservative and former Rudy Giuliani advisor Norman “World War IV” Podhoretz, Vice President Dick Cheney's national security advisor Samantha Ravich, and former Middle East advisor David Wurmser. Given the D.C.-centric crowd, it was at times easy to forget that the conference was taking place on the Mediterranean coast and not inside the Beltway.

While their numbers were strong, the hawks this year appeared less confident about their influence on Washington's foreign policy, and resentful of an American bureaucracy perceived by many attendees as having hijacked Iran policy from the weakening grasp of the White House. “It's close to zero percent chance that the Bush administration will authorize military action against Iran before leaving office,” Bolton told the conference. “No one should be under any illusions about the United States' part in the Iranian situation in the coming year.”

Podhoretz, for his part, agreed: “Unless Bush realizes or fulfills my fading hope of air strikes, it is undoubtedly up to Israel to prevent” Iran from obtaining nuclear weapons.

Bolton, like Podhoretz, urged Israeli policymakers to prepare to take matters into their own hands, saying “Israel should be willing to see themselves as a possible last resort.” Though his call for Israel to prepare to strike Iran on its own–as well as his outspoken exasperation with the administration he until recently served–were met with chuckles from the Herzliya audience, the prospect of Israel ultimately choosing to act unilaterally came up again and again.

Speaking at the conference, Labour Party Knesset member Brig. Gen. Efraim Sneh said, “The military option is not preferable. It has bad ramifications which are surpassed only by those of a nuclear Iran. That is why sanctions are not for [Israel] to implement. The leaders of the free world should do it.” But, he warned, “We have to prepare for a situation, which has happened before, that the Jews are on their own. And there are things we can do on our own if there is no other choice.”

In the past, Middle East experts say, the Herzliya conference has been used as a high profile platform from which Israeli leaders have heralded major security policy shifts. “This is where [former Israeli prime minister Ariel] Sharon first floated the unilateral disengagement idea [from Gaza],” said Douglas Bloomfield, foreign policy analyst and syndicated columnist for Jewish newspapers. “It is where…[Israeli Prime Minister Ehud] Olmert floated his realignment plan [to get out of the West Bank] before he was elected prime minister. He used Herzliya to try out what became his platform under the Kadima party to leave 90 percent of the West Bank.”

But this year's conference was–at first glance–absent such major policy announcements. As Israeli prime minister Olmert, defense minister Ehud Barak, and foreign minister Tzipi Livni addressed the Herzliya audience at various points during the conference, hanging over their heads was the imminent release of the final Winograd Commission report determining political accountability for the outcome of the 2006 Israeli war with Hezbollah, a war that was widely considered a failure.

“Everyone was so concerned with the Winograd report,” said one American Herzliya attendee who closely follows Israel and who asked not to be named. “Olmert was on the defensive, so was Barak.” (The report, released last week, mostly exonerated Olmert, placing the blame largely on the Israeli Defense Forces.)

But other long-time conference observers did detect another sort of trial balloon being floated, particularly in the use of the phrase “defensible borders,” not by Israel's current top Israeli leadership, but its right-flank opposition. “'Defensible borders' basically means Israel cannot get out of the West Bank, or from only very limited areas,” says a long time conference attendee. “These guys [who advocate so-called 'defensible borders'] no longer believe in the two-state solution.”

“This year's conference was much more right wing than previous years,” he noted. “And that is very, very strange to me. Because I believe Israel is moving center.”

One reason for the perceived rightward tilt: the conference's backers. This year the conference was co-sponsored by the Jerusalem-based Shalem Center's Adelson Institute for Strategic Studies, which is funded by Las Vegas-based billionaire and Republican philanthropist Sheldon Adelson, among others. Adelson is also a leading backer of Freedom's Watch, a well-funded Washington advocacy group that is pushing for the U.S. to maintain the troop surge in Iraq and take a hardline on Iran.

Among other American philanthropists in attendance: Estee Lauder cosmetics fortune heir Ronald Lauder, who is the benefactor for the Herzliya policy graduate school that bears his name at the IDC university; Chicago philanthropist Lester Crown, a www.forward.com articles barack-obama-steps-up-bid-for-jewish-backing target=”new”>prominent supporter of Barack Obama; and former president of the Israel lobby group AIPAC Bob Asher -- the latter who received an award at the conference.

Among the conference speakers to advocate a more moderate Iran policy was Jon Alterman, director of the Middle East studies program at the Washington-based Center for Strategic and International Studies, who argued for a continuation of tough diplomacy along with economic sanctions. “When you're dealing with uncertainty, people often default to emotion,” Alterman told me, reflecting on the hardline views expressed by Iran hawks like Podhoretz and Bolton at Herzliya. Asked whether he noticed any softening of their positions in the waning months of the Bush presidency, he said, “There were people who argue that they were right before, they are right now, and they will be proven right. There's frustration with the realism of the last months of the Bush administration. But from John Bolton and others, there was no crisis in confidence that they see the world in the proper way.”

Research support for this article was provided by the Investigative Fund of The Nation Institute.