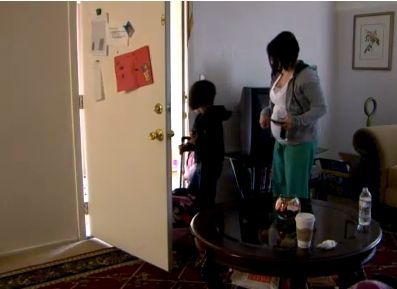 Commercial surrogacy—when women are paid to carry and deliver babies for people who cannot conceive them biologically—is banned in almost every developed country in the world except the U.S., making it a land of opportunity for parents around the world.

In June, celebrity parents Matthew Broderick and Sarah Jessica Parker announced publicly they had twins delivered via surrogate. But surrogacy services and their oversight vary from state to state, creating a strong potential for deceit and fraud.

This week, NOW’s Senior Correspondent Maria Hinojosa follows the surrogate pregnancy of a single mother over the course of several months. When she was 14 weeks pregnant, the surrogate agency that brokered the deal between her and the future parents vanished, leaving the woman stranded without health insurance and nowhere to turn.

NOW investigates how shady surrogacy services and a lack of regulation in the U.S. may be defrauding hopeful parents and victimizing mothers trying to help them.

Habiba Nosheen is an Emmy and Peabody award-winning investigative journalist and filmmaker.

Hilke Schellmann is a native of Germany, a Fulbright Scholar, and a veteran documentary producer.