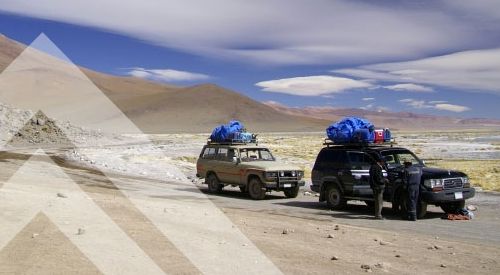 The website of NCL Holdings advertises its work in Afghanistan. | Credit: NCL HOLDINGS

As President Obama prepares a massive military buildup in Afghanistan, a House subcommittee has launched an investigation into whether Defense Department contractors are paying off the Taliban to protect American supply lines. The investigation was triggered by a Nation cover story [see Roston, “How the US Funds the Taliban,” November 30].

Representative John Tierney, chair of the national security and foreign affairs subcommittee, said a “preliminary inquiry,” including testimony from “a couple of whistleblowers,” produced enough evidence to merit a full-fledged investigation. “If the allegations are taken to their conclusion,” he said, “it would indicate that US taxpayer money is going to insurgents.”

In interviews with The Nation, Afghan government officials, security contractors and trucking company executives outlined a giant protection racket, funded by US taxpayers, which raises millions for the Taliban. With no US military forces protecting their supply lines, contractors had to protect routes by other means: payoffs. As one trucking company official told The Nation, “If you tell me not to pay these insurgents in this area, the chances of my trucks getting attacked increase exponentially.”

At the heart of the scandal is the Defense Department’s $2.2 billion Host Nation Trucking contract, a military logistics operation launched with six major contractors, a number that has since risen to eight. One of the contractors under investigation is NCL Holdings, a US firm headed by Hamed Wardak, the Afghan-American son of Afghanistan’s defense minister, Gen. Abdul Rahim Wardak. (NCL denies ever having made payments, directly or indirectly, to the Taliban.)

But it seems Hamed Wardak was more than just a defense contractor with a budding business. Parallel to his business ventures, he’s been running an aggressive foreign policy campaign in Washington to keep the US heavily vested in Afghanistan. A confidential lobbying memoobtained by The Nation shows that Wardak commissioned a blue-chip lobbying firm to push for an extended US presence in Afghanistan — a potentially lucrative outcome for NCL.

Earlier this year Patton Boggs LLP, Washington’s most monied lobbying firm, established a nonprofit front group on Wardak’s behalf to act as the “face” of a campaign for increased US engagement in Afghanistan, according to confidential legal records. Patton Boggs is heavily involved in foreign policy and has registered with the Justice Department as a foreign agent for governments and interests in Angola, Cameroon, China, Cyprus, India, Sri Lanka and Qatar, though not Afghanistan.

The documents obtained by The Nation are an influence-peddling playbook for the Wardak effort.

The website of the Campaign for a U.S.-Afghanistan Partnership offers up nothing controversial on its face. Calling itself “a membership organization for U.S. and Afghan citizens,” CUSAP argues that the United States needs to remain engaged in Afghanistan long-term. “Afghanistan is not Vietnam,” reads an introduction, “and it is not a quagmire.” Since January CUSAP members, often introduced by Patton Boggs, have met with journalists, produced policy papers and lobbied on Capitol Hill.

CUSAP had one big name on its original eight-person board: Milton Bearden, a former CIA official whose name carries weight on Afghanistan because he helped run the war there against the Soviets in the 1980s. When Bearden testified about Afghanistan before the Senate Foreign Relations Committee in the fall, John Kerry called him a “legendary former CIA case officer.” But in his testimony Bearden did not advertise his ties to Wardak or to the company’s Defense Department contracts; Bearden is on the advisory board of NCL, a firm with millions of dollars at stake in Afghanistan. (“Aram,” he said when I reached him on his mobile phone, “I don’t have anything to talk to you about, so go ahead and do your story.” Then he hung up.) Another former board member, Hedieh Mirahmadi, a prominent expert on Islamic radicalization, told me she had never been to a CUSAP board meeting. “I don’t actually know what they did,” she told me.

Hamed Wardak is listed as “one of eight founders” of CUSAP. A brilliant young man, he was valedictorian of his class at Georgetown in 1997 and won a Rhodes Scholarship. His CUSAP bio describes his company, NCL, as a “global professional services” firm. There is no mention that NCL has Defense Department contracts in Afghanistan worth tens of millions of dollars.

CUSAP’s chief message was a ten-point plan for Afghanistan, whose recommendations included “strengthen and equip the Afghan National Army,” which is overseen by Wardak’s father. (As discussed in my previous Nation article, the defense minister told me he wasn’t pleased with his son’s business ventures.) In a written statement Hamed Wardak told The Nation that six of CUSAP’s ten points were “echoed” by President Obama during his December 1 speech on the war. Indeed, both the CUSAP plan and the president’s speech include calls for strengthening Afghanistan’s security forces, for reconciliation with the Taliban and for identifying new Afghan leaders.

In an e-mail a Patton Boggs spokesperson said that CUSAP is “a legitimate non-profit organization,” not a “front group.” “To suggest otherwise,” the e-mail continued, “is grossly misleading and inaccurate.” In his statement to The Nation Wardak said, “The organization was formed out of my belief, and those of my friends and colleagues in the Afghan diaspora, that we have an obligation to help improve conditions in our country and to oppose vigorously the objectives of the Taliban and al Qaeda.”

But the organization’s history reveals it to be a classic Astroturf operation. On January 30, 2009, ten days after Obama’s inauguration, Patton Boggs attorney Nicholas Allard wrote a memo to Wardak, copied to three other lawyers from his firm. Allard, listed by The Hill as a top DC lobbyist, is a former Ted Kennedy staffer known for his Democratic connections. In the memo Allard laid out a “comprehensive plan” that would “assist you in achieving your objective for Afghanistan” while meeting all legal and ethical standards. Patton Boggs would “collect information about the new Administration’s emerging policy.” It would advocate a “long-term U.S. strategy in Afghanistan that goes beyond military involvement.” Most controversial, the firm would “launch a discreet campaign to find an alternative candidate to lead Afghanistan.” It seems that Wardak, like UN official Peter Galbraith, was looking to replace President Hamid Karzai.

What was the “first step” in achieving these aims? “To establish an entity that will act as the ‘face’ of our campaign,” the memo said. “This organization will be Patton Boggs’s client. We suggest creating an organization such as the ‘Campaign for a United Afghanistan’ or the ‘U.S.-Afghanistan Strategic Partnership.'”

On February 5, 2009, just six days after the date of the confidential memo, a Patton Boggs lawyer incorporated the Campaign for a U.S.-Afghanistan Partnership in Virginia. CUSAP was not created by Wardak’s friends and colleagues in the Afghan diaspora after all. Eight days later CUSAP officially became a Patton Boggs client, according to Senate records. The firm had conceived CUSAP, launched the organization and brought it on as a client — all in the space of two weeks.

So far, CUSAP has paid $190,000 to Patton Boggs, according to lobbying records, with the most recent reported payment arriving on October 19.

I shared the Patton Boggs language with John Stauber, founder of the Center for Media and Democracy and a critic of the lobbying industry. “This is an explosive document,” he said, pointing out that such planning memos rarely see the light of day. “This is classic PR subterfuge,” he said. “It’s called the third party technique.” One notorious example, he said, was when PR giant Hill & Knowlton set up Citizens for a Free Iraq for the Kuwaiti government in order to lobby for the 1991 US invasion of Iraq. The front group peddled a deceptive claim by the Kuwaiti ambassador’s daughter that she had witnessed atrocities in Iraq, including babies being torn from incubators.

In this case Patton Boggs appears to have presented a lobby front group as a grassroots organization while the firm’s client stands to profit personally from extended US engagement in Afghanistan. One legislative aide who met with Wardak on Capitol Hill told me he was introduced to Wardak by Patton Boggs attorneys and was quite impressed. He said Wardak made it clear he was the Afghan defense minister’s son but did not explain anything about his business in Afghanistan. The aide told me he had no idea at the time of the meeting that Wardak had received tens of millions of dollars in Afghanistan contracts through NCL.

One journalist who was approached on behalf of Wardak received an e-mail describing the young man as “on the board of a new organization, Campaign for US-Afghanistan Partnership” and that “his father is Abdul Rahim Wardak, the Defense Minister of Afghanistan.” “Hamed knows many warlords,” the PR representative for CUSAP said, “and can possibly provide you further insight.”

Wardak declined an interview with The Nation, but he agreed to answer questions in writing. Concerning the potential conflict of interest, his answer was vague: “You have asked about the relationship between CUSAP and NCL Holdings,” he wrote. “Long term stability within Afghanistan is in the interest of any business.” He did not mention something I later learned from Patton Boggs: that the lobbying firm represents not only CUSAP, the “face” of Wardak’s foreign policy campaign, but also NCL, Wardak’s company.

NCL is still trucking for the logistics contract in Afghanistan, a job that is sure to grow with the influx of 30,000 fresh troops in need of supplies. So far, the firm’s spokesperson said, NCL has done $45 million in business on the contract, which started in earnest in May. Hamed Wardak said in his statement that he welcomes Representative Tierney’s investigation. He insisted that NCL made “no direct payments to any security firm in Afghanistan.” Perhaps that is so, since almost all of NCL’s trucking for the US contract is handled by subcontractors — and it’s the subcontractors who are alleged to have arranged payments to the warlords and insurgents. As for the Congressional investigation, it may take months.