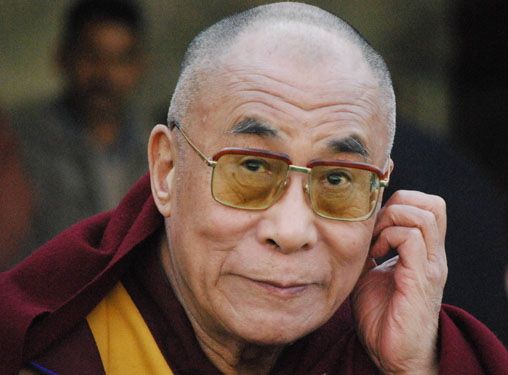 The Dalai Lama in India in January | Credit: TIBET POST

The White House, after reversing course in October, is preparing to meet Tibet's exiled spiritual leader, and the Chinese are none too pleased. A Chinese Foreign Ministry spokeswoman responded angrily to the idea on Jan. 5, declaring Beijing “firmly against Dalai visiting other countries.” China's U.S. ambassador, Zhou Wenzhong, was more direct in comments to the Washington Post. “We hope that [Obama] will not do that.”

China's pre-emptive critique of an Obama-Lama summit is hardly surprising, never mind that a date has yet to be determined for the likely low-key meeting. Beijing rarely wastes an opportunity to lambast foreign governments on their relations with the monk it accuses of seeking to split the Middle Kingdom (the most recent case was at a film festival in Palm Springs, Calif., over a new documentary about Tibet).

But the boldness of China's assertiveness on the Dalai Lama's potential travel plans makes one fact clear: As the West waffles on its Tibet policy, Tibetans are running out of options.

“Western governments, at least in the E.U., are conceding to Chinese pressure on the Tibetan issue in a way nobody would have predicted,” says Robbie Barnett, a Tibet expert at Columbia University in New York. Does the world community “have the capabilities, the diplomatic skills and resources, the background and long-term view to maintain their own positions and interests in dealing with contemporary Chinese diplomacy? It doesn't seem like it.”

For Tibetans abroad, “Chinese diplomacy” is a war they are losing. In the Tibetan exile capital of Dharamsala, India, Tibetans young and old speak of a frustration and impotence rarely expressed in the more than 50 years since the Dalai Lama fled Lhasa. Where hope once resonated, disappointment is palpable. There were “a lot of expectations” among Tibetans after Obama's election, Tempa Tsering, the Dalai Lama's representative in New Delhi, told me during an interview at his office last fall. The decision not to meet the Dalai Lama in October — ostensibly in an effort to generate goodwill from China — “didn't keep up to the expectation.”

Tibet experts say the gloomy sentiment is no accident. Similar to China's “overseas battle” against Falun Gong a decade ago, Beijing is actively needling foreign governments, in part, experts say, to increase frustration and foster anxiety within the Tibetan exile community. The ultimate aim may be to hasten the exiles' demise when the Dalai Lama dies, an eventuality openly discussed as His Holiness ages (he's 74).

Yet China's anti-Tibet tactics are more meddlesome than statements to the media. Tales of China's Cold War-era espionage are endemic in Tibetan exile, and Beijing is often accused of sending spies, tapping phones and supporting Tibetan groups opposed to the Dalai Lama's non-violent resistance. China denies such accusations and insists it stays out of the affairs of sovereign states. But Indian, Tibetan and Western intelligence and government officials all tell me the evidence is overwhelming.

Dhondup Dorjee, vice president of the Tibetan Youth Congress, one of the more vocal Tibetan protest organizations, told me he has personally been approached by Chinese “businessmen” with offers of money and support in exchange for information. One senior Tibetan security official, who spoke on condition of anonymity, says Chinese spies masked as Tibetan pilgrims are actively seeking to learn secrets about His Holiness' health, directing agents to smuggle Dalai Lama hair — even urine — out of India for testing.

Tibetan exiles' host governments receive the Tiger's share of Chinese attention. In India, home to roughly 100,000 Tibetan refugees, efforts to squeeze New Delhi on the Tibetan question have had some success, but in Nepal, home to the world's second-largest Tibetan exile population, the Kathmandu government has completely caved, analysts say. Nepalese officials have shuttered Tibetan welfare offices, arrested protestors and proposed a 10,000-strong border force that could shut off the principal route for refugees escaping China's authoritarian policies.

China's rising economic star, and its perceived role in rescuing the world's economies from collapse in 2009, has given its leaders outsized confidence to make demands on critical domestic issues to leaders in Beijing. Western governments are buckling under the pressure. In December, seven months after receiving His Holiness for an official visit in Denmark, Copenhagen effectively apologized to Beijing.

“The Dalai Lama's political credibility is his mandate from inside” Tibetan territory, Barnett says. “That's what China's core strategy has been about since the mid-1990s: destroying the standing of the Dalai Lama as a leader, as a credible representative.”

Last year, in detailing the Obama administration's China policy, Deputy Secretary of State James Steinberg called on China to “reassure the rest of the world that its development and growing global role will not come at the expense of security and well-being of others.” On the Tibet issue Obama can help Beijing along by ignoring China's protests and meeting with the Dalai Lama. He should also encourage China to meet with the Dalai Lama's representatives. Doing so may come with political costs, and it won't alter China's calculations toward its Tibetan minority. But at the very least it will send China a message that American foreign policy cannot by hijacked by finger wagging.

Greg Bruno is a staff writer for CFR.org, the Web site of the Council on Foreign Relations. He is currently researching Tibet's exile community with a grant from the Nation Institute's Investigative Fund, now known as Type Investigations.