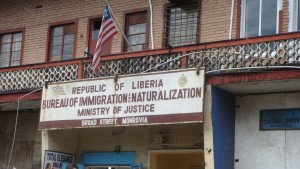 Moriba Kamara, a citizen of Liberia, came to the United States in 2007 seeking asylum. It was denied, and he was deported by Immigrations and Customs Enforcement, and then jailed by the Liberian government on his arrival in Monrovia. After months in jail with no charges brought against him and no access to a judge or attorney, an NGO helped free him. Now Moriba struggles to eke out a living.

The Investigative Fund of the Nation Institute provided travel support for this radio story.

Deepa Fernandes is a journalist who has covered guerrilla insurgencies, natural disasters and political coups in countries from Haiti to East Timor.