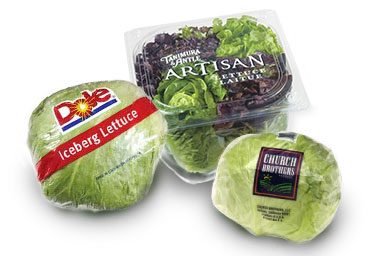 Dole, Church Brothers, and Tanimura & Antle are all brands harvested by "alien commuters"

Norma Cortez, 59, a farmworker for 35 years, limps into her simple kitchen at 12:30 a.m. to make a cup of coffee. She is getting ready for work after only a few hours of sleep, a routine she does five to six days a week through the six-month winter vegetable harvest. She is one of tens of thousands who work the rich agricultural fields of Yuma, Ariz., packaging heads of lettuce for shipment across the United States for such brands as Dole Foods, Church Brothers and Tanimura & Antle. The work is tedious and rough — she still feels yesterday’s eight-hour shift in her swollen hands and aching back as she prepares bag lunches for her and her husband Roberto, 60, then washes the dishes from last night’s meal.

The day’s work ahead is tough and low-paid, but the worst part is the commute. From Mexicali, just south of the California border, the morning trip to the Arizona fields typically takes seven hours, including a mind-numbing wait to cross the border, plus two more hours coming home. “The life of a farm worker is hard enough,” Norma says, “but the waiting time to get to work is worse.”

California’s Imperial Valley and neighboring Yuma County in Arizona provide 90 percent of the winter vegetables consumed in the United States — from lettuce and spinach to broccoli and cauliflower. Only a handful of the harvesters, farmworker advocates say, are hired by means of guest worker visas. The vast majority, like the Cortezes, are so-called “alien commuters” — they have green cards granting residency in the United States, but because they make poverty wages or have undocumented family members, they live in Mexico.

The rest of the extended Cortez family are still asleep when Roberto emerges from the darkened hallway. Outside, a cab waits on the pitch-black street. The quick ride to the border costs 20 pesos, about $1.50, and the pair spend it leaning against each other with their eyes closed. When they arrive at the Calexico port of entry this February morning at 1 a.m., the scene is bedlam.

Some 1,000 people have already lined up to cross the border for work in the fields, and soon another 8,000 to 10,000 join the line behind them. At the height of the morning rush, at 4:30 a.m., the line extends through an underground tunnel lined with vendors selling burritos, sandwiches and soda, and back out onto the city streets. As people inch their way closer to the port of entry, the line grows more densely packed, swelling at points to 15 people wide. People are jammed shoulder to shoulder, some shouting and shoving. Farm workers say fights break out regularly; there are no security personnel to keep the peace.

Once in line, you stay put. If you step out, you lose your place. There are no toilets. So before entering the crush, people often relieve themselves right there, at the entrance to the tunnel. The whole area reeks of urine. And this is how it goes for three to four hours as the line slowly heaves to the Customs agents up front. Norma describes it as “a stampede.”

Froilan Medina, a former farm worker turned advocate, says that as the line becomes congested, women are frequently groped. One farm worker, Monica, 29, who asked to be identified only by her first name, said she is often fondled in the crush of people. “The lines are so packed it’s hard to see who’s doing the touching to be able to do anything about it,” she says. “Sometimes we don’t even want to come to work because we know it’s going to happen. But we don’t have a choice.”

When the Cortezes reach the checkpoint, there are only two US agents inspecting IDs. There is a smaller port of entry, Calexico East, seven miles away, but no growers pick up workers there. Another port of entry, some 50 miles east at San Luis, Ariz., has similar hordes each morning. So there’s no escape from these lines for Mexico’s army of farm workers hoping to make it to the fields on time. (Customs and Border Protection did not respond to requests for comment.)

Norma and Roberto are both green card holders and could live and work in the United States. But they say living in Mexico is the only way to support their family on farmworker pay. Their two daughters stay home taking care of infant children; both could work in Mexicali, but low pay and long hours in addition to expenses for childcare would put them at a deficit. The $300 a week Norma and Roberto each earn — income that puts the family below the US poverty line — has to house and feed eleven. But economic pressures aren’t the only reason the Cortezes live south of the border.

Like several million other families, the immigration status of the Cortez family is mixed. Norma’s brother was recently deported from the United States, one of nearly 2 million undocumented immigrants deported under President Barack Obama. Her six grandchildren, all born in Mexico, lack US residency papers. So while Norma and Roberto could move to the United States, it would tear the family apart — or force their relatives to live with them, undocumented, in the shadows.

It would be a fearful existence. Border agents regularly stake out areas where farmworkers and Latinos congregate. “I have seen Border Patrol checking ID outside the local supermarket in El Centro, Calif.,” Medina says. “People are always afraid, and deportations happen all the time.”

By the time the Cortezes make it across the border at 4 a.m., they’ve been on line for three hours. They take a seat on a Church Brothers bus, one of hundreds that line up each morning.

The Cortezes’ bus is jammed with backpacks, straw hats and blankets, and some 30 workers. Shortly, the bus pulls away toward the fields of Yuma County — a two-hour drive. Norma says this ride to the fields is the only time she really manages to sleep. When she arrives at 7 a.m., she waits, like always, another hour for her shift to begin. Then she’ll work eight hours packing lettuce into cardboard boxes for shipping. She works efficiently, standing over a conveyor belt, neatly arranging heads of lettuce as fast as the field hands can pick them. She finishes in late afternoon, boards the bus for the two-hour return trip — there is no border wait heading back into Mexico — and arrives home in the early evening to help her daughters prepare dinner. “It doesn’t stop,” Norma says. “I have to work, then I have to take care of my family, then I have to do it all over again.” Altogether, Norma spends nine to 10 hours a day getting to and from work.

It’s the best among slim options. Mexico’s Labor Ministry says that a comparable minimum wage job there pays $5.07 a day.

According to the US Bureau of Labor Statistics, California’s Imperial Valley and Yuma, Ariz., have the highest unemployment rates in the nation, 23 and 27 percent, respectively. Even with that many out of work, US citizens seem reluctant to take the grueling minimum-wage harvest jobs. Tom Church, of the Salinas, Calif.–based Church Brothers, the Cortezes’ employer, has said, “If we had to rely on American workers, [harvesting] would never get done.”

According to Pete Maturino of the United Food and Commercial Workers Union, growers prefer hiring “alien commuters” like the Cortezes rather than being saddled with the red tape of the H2A guest worker visa program, which Joe Sigg, a lobbyist for the Arizona Farm Bureau (AZFB), says is “bureaucratic, cumbersome [and] does not work.” Those requirements were beefed up in March 2010 to protect American workers, requiring growers to pay fees, provide proof that they widely posted job openings and undergo inspections before they can get visas approved. H2As also require growers to pay a prevailing wage, which one state growers’ association estimates as $2 an hour above the federal minimum, on average.

On the other hand, commuters with green cards, Maturino says, are “a ready source of labor that shows up and does the job for low pay and few complaints.” In 2011, H2A visas only supplied about 55,000 agricultural workers to US growers, according to the US Department of Agriculture, out of the more than one million who work the fields.

The immigration reform bill that passed the Senate last June attempts to address the flawed H2A program. Currently, guest worker visas are employer-specific — the visa ends when the job ends. The bill would create a more flexible W visa, which would allow workers to stay in the United States for 60 days after one job ends to find new work.

But even that reform does not go far enough for Arizona growers, according to Sigg. He’d like to see “work authorizations or permits” for current undocumented workers as well as immediate “pathways to permanent residency.”

In September 2012, Southwest growers and labor contractors met in Yuma to discuss a more workable system for temporary field hands. They floated the possibility of a new “commuter visa,” and, according to AZFB spokeswoman Julie Murphree, discussed petitioning Congress to make it easier for Mexican nationals to apply for green cards. Under the current system, green card holders can easily convert their status from resident to commuter — or live in Mexico and work in the US meaning that the number of “alien commuters” could easily expand.

As for that marathon commute, a $300 million proposal to upgrade the port of entry in Mexicali and ease the morning crush was approved by Congress in 2010 — but Congress has yet to allocate any funding.

Meanwhile, people like Norma Cortez continue to make the long journey to work in US fields. This February evening, she takes one grandchild to choir practice at the nearby church, then comes back home to help her daughters prepare dinner. Her few hours at home are precious, and she wants to spend as much time with her family as possible. But she has to weigh that against her urgent need for sleep.

Last year, Norma vowed that she would work just one more winter harvest. “I hope this is the last season,” she says. “It’s all I can bear.”