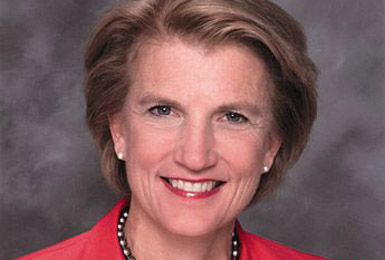 In May of last year, Rep. Shelley Moore Capito, now considered the favorite to win West Virginia’s open Senate seat, stood on a small platform in Charleston, behind a row of tiny trophies in the shape of drilling rigs. She was there to congratulate the Energy Corporation of America, a major gas exploration and distribution company, on its plans to open a new building in the state capital. The company needed new space to accommodate over a hundred new employees in coming years. “I am honored to attend the groundbreaking celebration of the ECA’s new eastern headquarters,” Capito told the crowd, according to an ECA press release. “This privately held company has brought economic growth to West Virginia.”

Though there’s no record of her having acknowledged it publicly, among those hired by the growing firm is her own son, Arch Moore Capito, who was retained as in-house counsel by ECA after his graduation from Washington & Lee University’s law school in 2011.

The hiring of Arch, named after Capito’s father, the late West Virginia governor Arch Moore, highlights a growing trend. Major players in the gas industry, which faces major regulatory hurdles relating to its extraction and distribution infrastructure, exports, and environmental issues, have taken to hiring the relatives of powerful politicians.

In May, Hunter Biden, the son of the vice president, made headlines when he joined the board of Burisma Holdings, a Ukrainian gas producer. Last year, Marty Durbin, the nephew of Senator Dick Durbin (D-IL), was named president of America’s Natural Gas Alliance, the primary trade group representing fracking companies. Also last year, EQT Corporation—one of the largest natural gas producers in Appalachia — registered Robert Shuster, the brother of Rep. Bill Shuster (R-PA) — as a lobbyist.

In some cases, politicians with family ties to the gas industry hold sway over decisions critical to the industry. Rep. Shuster, for instance, is chairman of the House Transportation Committee, which oversees pipeline safety regulations. Registration forms show Shuster’s brother was retained to work on “issues related to the regulation of shale gas production and pipeline safety initiatives” on behalf of EQT.

Capito is a member of the same congressional committee. As a member of the GOP’s House Energy Action Team, which is largely dedicated to promoting increased fossil fuel development, including fracking, she has been an outspoken advocate for expanded natural gas drilling. And back in 2007, before her son was retained by ECA, she read a statement of praise for ECA into the congressional record.

The League of Conservation Voters lists a number of votes in which Capito has sided with the fracking industry. Last year, she voted for a bill that would, in the name of states’ rights, prohibit the federal government from regulating fracking if a state has even minimal regulations or guidance of its own in place. And she voted against an amendment to the bill that would have allowed the Department of the Interior to limit methane emissions from oil and gas drilling on public lands. The amendment was defeated, and the bill — known as the Protecting States’ Rights to Promote American Energy Security Act — passed in the House by a wide margin and awaits Senate action.

“It’s easier and less expensive [for corporations] to attempt to pursue favorable regulation at the state level,” says Mitch Jones, director of the Common Resources Program at Food & Water Watch, which opposed the bill. “The level of expertise is often lower at the state level than the federal level and the money industry brings to bear is often much more influential.”

FirstEnergy Corp, an electrical company that relies heavily on natural gas, is one of the top five donors to her campaign committee, with $32,650 in donations from its employees. And employees of ECA and its subsidiaries, including chief executive John Mork, now rank among Moore Capito’s largest individual donors, with nearly $60,000 in contributions.

Capito did not respond to a request for comment.

“ECA’s relationship with Congresswoman Capito is cordial and respectful, although our contact with her office has been fairly limited in nature,” says Jennifer Vieweg, a spokesperson for ECA. “And, while John and Julie Mork are personal friends with Charlie and Shelley Moore Capito, this relationship has existed since the mid-1980s and long before she entered politics.”

ECA, a rapidly growing company that recently inked a $90 million partnership with Chinese state-owned Shenhua Energy Co. to drill the Marcellus Shale in southwestern Pennsylvania, has had its share of regulatory violations. In Pennsylvania, the state environmental regulator has cited the company for at least 23 violations since 2008 related to discharging pollutants into public lands and water.

“Despite the abundance of natural gas and all of the good that comes with responsible development of this resource,” wrote James Flavin, an ECA business operations manager in a trade publication, “unnecessary regulatory and environmental burdens could restrict the industry’s ability to provide low-cost, clean energy for the State of West Virginia and the nation.”

“The fact that her son is on ECA’s payroll ought to require her to recuse herself from voting on bills to benefit the company which enriches her close family members,” says Lisa Graves, president of the Center for Media and Democracy, a liberal watchdog group. “It’s certainly a conflict of interest.”

Durbin, Biden, and other Democrats have increasingly aligned with the natural gas lobby as both a geopolitical weapon against Russia and a so-called “bridge fuel” to wean the economy off of more high-carbon fossil fuels, such as coal and oil. In March, Durbin expressed support for fast-tracking liquefied natural gas exports — a key lobbying priority of the trade group where his nephew works, America’s Natural Gas Alliance — in response to the crisis in Ukraine, though he has since raised concerns about its impact on domestic natural gas prices. For his part, Biden traveled to Ukraine this April to announce a $50 million aid package that included technical support for increasing the country’s natural gas production — an investment that could bolster profits at Burisma Holdings, where his son is a director.