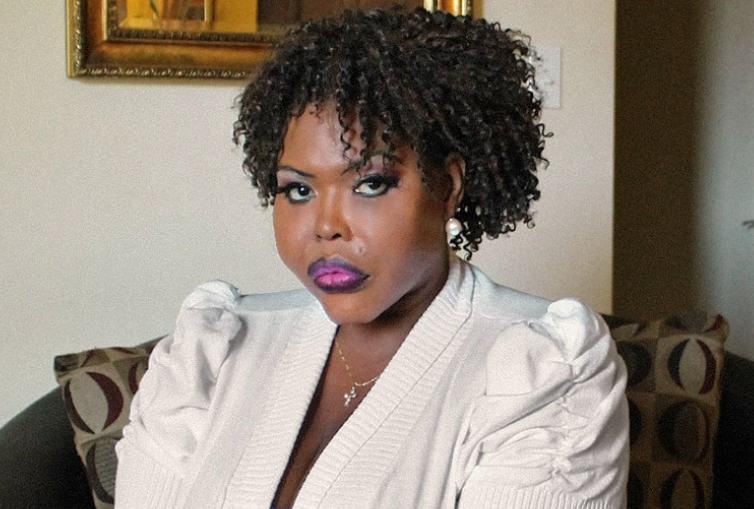 On the night of Dec. 10, 2009, 44-year-old Patti Hammond Shaw was drinking at her house in the Fairfax Village neighborhood of Washington, D.C., with her cousin’s friend. They were sitting on the couch, watching TV, when Shaw says the man put his hand on her leg. She pushed him away and he became violent, she says. When she fought back, he hit her across the face with an 18-inch, gold-painted replica of Michelangelo’s “David.” The statue knocked out one of her teeth and left a raw, purple welt on her head.

When the police responded, the man claimed Shaw punched him first. Despite Shaw’s injuries, the officer arrested only Shaw. He brought her first to the United Medical Center so she could receive medical care for the wounds on her face, and then to the 6th District police station.

At the station, Shaw was placed alone in a cell — in the men’s cellblock. While she waited in her single cell, in full view of the men in lockup, she says one of them demanded she show him her breasts and said if she didn’t, he’d hit her in the face when they got to the U.S. Marshals’ bullpen. (In D.C., most people in police lockups are later transferred to the custody of the U.S. Marshals, a federal agency within the Department of Justice, before they see a judge.) “I’m facing a lot of time,” she alleges he told her. “I got no problem taking another charge.” Scared, she complied. After, she claims, men in a nearby cell masturbated.

When Shaw was transferred to U.S. Marshal custody, she alleges a marshal named Troy Musgrove strip-searched her, forced her to show her breasts, and to pull down her pants and cough.

“You need Jenny Craig,” he allegedly told her. Shaw argued that she is a woman and shouldn’t be searched with men but alleges that Musgrove dismissed her. “That’s what you all say when you come through here. Let your dick out, man. I said, open your legs, and let your dick out.”

After Musgrove searched her, Shaw was put in the bullpen with men, including the one who had threatened to punch her at the 6th District station. “That n****r got a pussy,” Shaw says he told others in the cell, demanding she show her vagina. She says that the marshals did nothing to stop the harassment.

Shaw, whose driver’s license identifies her as female, was searched by men and put in jail with men because she is a transgender woman. She legally changed her name from Melvin to Patti in 1989. Ten years later, she had sex reassignment surgery — a procedure informally known as “bottom surgery” that cosmetically transforms male genitalia into female genitalia.

Nightmare scenarios like this were not new to Shaw, who’s been arrested 18 times in her life. […]

Read the rest of the story at Buzzfeed.

This story was reported in partnership with The Investigative Fund at The Nation Institute, now known as Type Investigations, which awarded Nicole Pasulka the I.F. Stone Award for emerging journalists. Pasulka also received a grant from the Fund for Investigative Journalism.