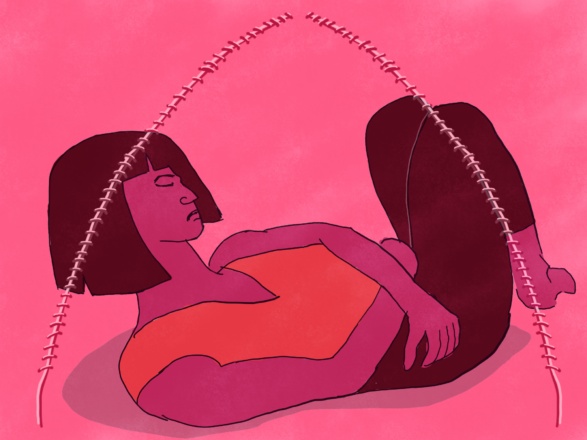 In Texas, women with limited access to abortions are traveling across the border to find a drug that will induce miscarriages. In Mississippi, anti-abortion groups are opening crisis pregnancy centers across from abortion clinics to persuade women to keep their babies. And one company offers permanent birth control through the insertion of a simple device – that’s ended up causing health complications for thousands of women. This week, we look into pregnancy and the ways people try to prevent it, end it and save it.

Doctors could not determine what was making Tracie Long sick. She’d always been healthy, but suddenly, she was overcome by migraines, fatigue and chronic pain. She began to piece together the clues and discovered the culprit was Essure, an implant meant to offer a nonsurgical option for permanent birth control. Long isn’t the only one who’s had problems with Essure. Reporter Jennifer Block and The Investigative Fund look into problems Essure has caused for thousands of women and how the device got to the market in the first place.

Many women have limited access to contraception and reproductive health care because of where they live. Reporter Sukey Lewis takes us to Texas, where lawmakers seek to limit access to abortion. But women are finding their own solution just across the border in Mexico. There, women can buy a drug that induces miscarriages. This method started out in Brazil and spread by word of mouth northward into Central America, Mexico and now the U.S.

Finally, we visit a crisis pregnancy center in Mississippi. Across the country, the anti-abortion movement is establishing these centers next to abortion clinics as a way to persuade women not to end their pregnancies. Filmmaker Maisie Crow visited one and found that its methods include disseminating inaccurate information about abortions and birth control.

The segment on Essure was reported in partnership with The Investigative Fund at The Nation Institute, now known as Type Investigations.