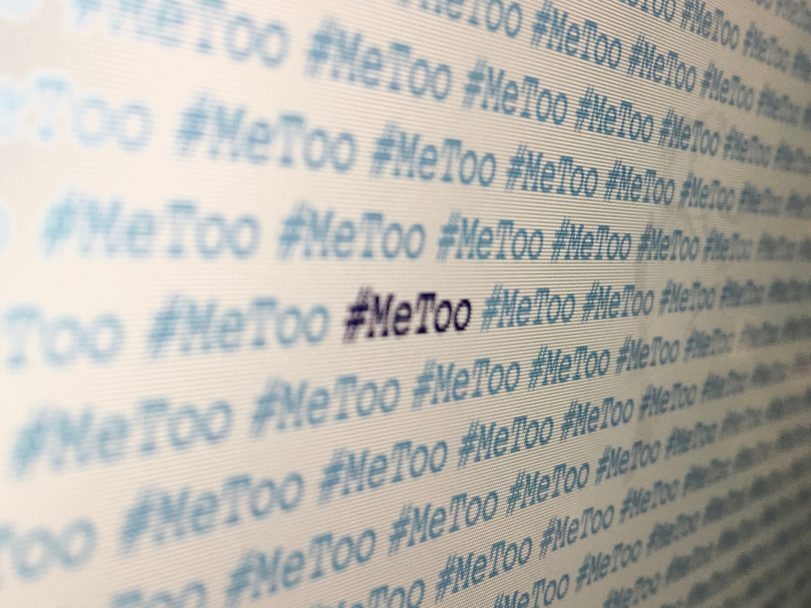 A recent report, authored by an insurance industry consultant, reveals new measures that insurers are taking to mitigate the risks of writing harassment policies, including decisions to exclude entire industries from their portfolios.

The increased vigilance comes as harassment complaints filed with the U.S. Equal Employment Opportunity Commission are on the rise, perhaps sparked by the wave of #MeToo revelations. The EEOC received 7,609 sexual harassment charges in its 2018 fiscal year, up nearly 14 percent from 2017. These numbers don’t include an unknown number of complaints settled by victims who never contacted the federal regulator.

Ten of the 32 insurance companies polled by Richard S. Betterley, publisher of the Betterley Report, said they were not underwriting the legal industry. Financial firms, including brokers, investment banks, and venture capital operations landed on the prohibited lists of eight insurers. Seven insurers said they’d blacklisted companies in the entertainment industry. Betterley shared a copy of his report, completed in December, exclusively with The Intercept and Type Investigations.

Betterley reached out to the biggest companies offering what is called “employment practices liability insurance,” or EPLI, which covers sexual harassment, sex discrimination, and other employee claims. Among the companies responding to Betterley’s survey were AIG, Chubb, The Hartford, and Travelers.

EPLI insurers christen their products with names like “ForceField” and “Employment Edge” and sometimes market their wares with #MeToo paranoia in mind. A blogger at a Manhattan insurance brokerage asks readers, “Is your industry a snake pit for sexual harassment claims?” At Nationwide, a webpage devoted to EPLI insurance warns that “a business is more likely to have an employment claim than experience a fire.” To attract clients for their expensive policies, which can demand seven-figure premiums for large firms, some insurers offer extras, such as free consultations with an outside law firm and sample employee handbooks.

Betterley said in an interview that, with dozens of insurers offering EPLI policies, being blocked by some major providers doesn’t mean that companies in frowned-upon industries can’t get insurance at all. But it could now mean agreeing to higher premiums and deductibles and demonstrating that their problems “are under control and have been addressed,” he said.

For example, a problem company might have to show that it had set up a confidential outside service for employees to report complaints anonymously, Betterley said. Or that the company had circulated anti-harassment policies and set up sexual harassment compliance programs. A large employer with a history of harassment complaints might see a deductible soar from $1 million to $5 million, he said.

Companies with high-profile executives, big-name stars, or iffy corporate cultures are getting increased scrutiny, several insurers who participated in the survey told Betterley. One insurer said it had become more cautious about underwriting “any account with celebrity involvement.” Another said it was taking a more in-depth look at companies’ track records on pay equity.

When Betterley began tracking the insurance market for sexual harassment and other employee claims in 1991, he said, there were only five companies in the business. “But EPLI really got big after Anita Hill testified in the Clarence Thomas hearings, when insurance companies saw a business opportunity,” said Paula Brantner, senior adviser to Workplace Fairness, a nonprofit organization that advocates for workers’ rights. By the end of the 1990s, in the wake of several high-profile sex discrimination lawsuits against Wall Street firms, 10 firms were offering the coverage. Today, 50 to 55 companies are in the business, according to Betterley.

Employers paid $2.5 billion in premiums for EPLI insurance in 2017, before #MeToo, according to ISO MarketStance, a data provider. ISO estimates that premiums for U.S. firms will total more than $2.7 billion this year.

I read the application forms for five of the insurers that participated in Betterley’s survey. They ask expansive questions about a company’s procedures, including queries as to whether the firm has put in place formal procedures for terminations and employee complaints. They also, of course, demand detailed information about previous charges of sexual harassment. One insurer wanted a list of all incidents, including ones that have not triggered a formal complaint, with the name of the claimant, the allegations made, the settlement amount any complainant received, and what remedial actions were taken.

“Past is prologue from an underwriter’s standpoint,” said Betterley. “If you have a history of problems, it’s probably a problem for the insurer too.” Along with collecting hard data from an applicant, though, underwriters may factor in whether a company’s reputation is, in Betterley’s words, “a little on the sleazy side.” Insurers don’t necessarily raise their rates after a single sexual harassment case, he said, but companies with a pattern of harassment complaints are at risk of paying more. And companies with egregious histories might find that no one will insure them at all anymore.

Betterley said that some industries were viewed as risky long before #MeToo. “Sales mentality industries have been in deep trouble from an employment practices standpoint and maybe always will be,” he said. That puts car dealerships and stock brokerage firms on insurers’ high-risk lists, he said. Some of the best salespeople can be “a little egotistical and a little tone deaf and a little locker-roomy,” Betterley explained, adding that management often shields big producers when harassment complaints are made. Law firms, which can have their own culture of tolerating aggressive behavior by high-billing rainmakers, are similarly viewed by harassment insurers as high risk.

Several insurers told Betterley that their underwriters were increasing scrutiny of financial firms. Spokespeople at Merrill Lynch, Goldman Sachs, JPMorgan, and Morgan Stanley either declined to comment or didn’t respond to emails asking if they were experiencing difficulty getting EPLI insurance or were facing higher premiums or higher deductibles.

Insurers also told Betterley that in the wake of widespread allegations of sexual harassment and assault across industries during the #MeToo era, they are increasingly vigilant about vetting companies in the entertainment business. Queries to the Walt Disney Co., Sony Pictures, and Viacom, owner of Paramount Pictures, went unanswered.

AM Best, a global ratings firm for the insurance industry, suggested in a January 28 report that to combat corporate misconduct, companies “may choose to be proactive” by providing training and education for employees. Training, though, gets mixed reviews. Brantner, the employee advocate, said training programs have historically been focused on limiting a company’s liability — not necessarily on improving the workplace.

And even a well-constructed training program has its limits, said Betterley. “There are real jerks out there in employment land,” he said. “If they were trainable, wouldn’t it have happened by now?”

This article was reported in partnership with Type Investigations, where Susan Antilla is a reporting fellow.