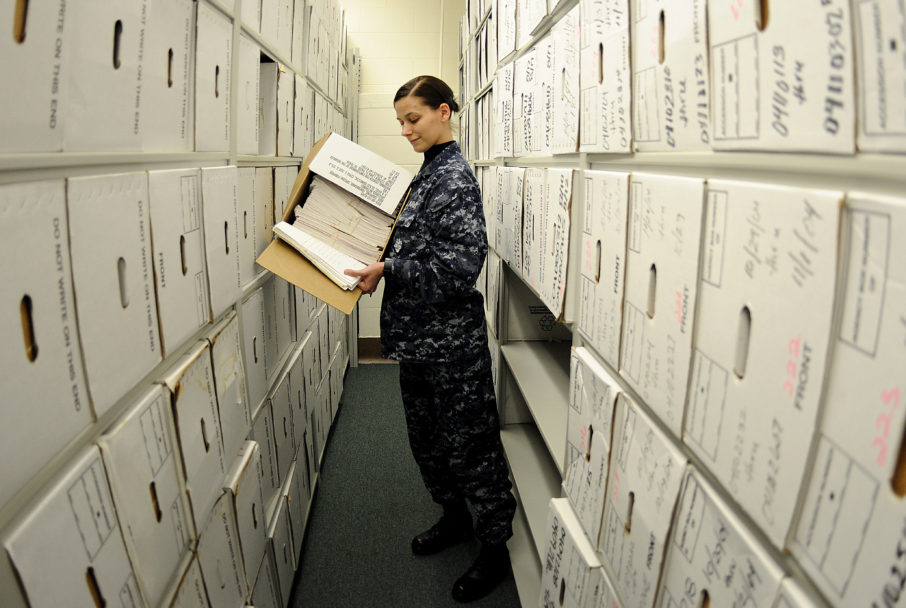 Amid the ongoing COVID-19 outbreak, which by some counts has  infected more than 50 thousand people in the US, shops and restaurants are not the only operations shutting down. Across the country, local, state, and federal agencies have slowed their responses to public records requests to a crawl. While some agencies face tricky logistical challenges because of how records are kept, others have added new barriers that don’t seem directly related to the pandemic.

The FBI has stopped processing electronic records requests, reported BuzzFeed News; now, the bureau requires that requests be sent via postal mail. “Due to the emerging COVID-19 situation,” the agency wrote in a message posted to its FOIA website, “the FBI is not accepting electronic Freedom of Information/Privacy Act requests or sending out electronic responses through the eFOIPA portal at this time. You may still submit a FOIPA request via standard mail. We apologize for this inconvenience and appreciate your understanding.” The message did not explain the relationship between the pandemic and the restriction to postal requests only.

Journalist Emma Best, who has filed more than 1,600 FOIA requests with the FBI,  is concerned that the FBI and other agencies are using the virus “as an obstructive step.” Last week, Best FOIA’d 27 federal departments and agencies for their COVID-19 freedom of information request policies, in an effort to track to what extent the government’s transparency programs are faltering. The Defense Intelligence Agency told Best it couldn’t provide a timetable to process Best’s request for information about the impact of COVID-19 on its records response processes, because of COVID-19’s impact on its records response processes.

The city of Philadelphia has entered a state of emergency in which all “nonessential” city government operations have been halted, including the processing of public records requests. Those with “urgent” requests, according to guidance from the city, may email the city’s public records division asking for continued processing. The Washington, D.C., city council has gone further, passing emergency legislation that, among other measures, explicitly permits delaying all FOI requests until the district declares the crisis over.

Other agencies, including the Fresno, California, city government; the Hawaii state Judiciary; the Chicago Police Department; and the Jefferson Parish, Louisiana, Department of General Services have similarly notified requesters that responses to their requests are on hold indefinitely due to the country’s public health crisis.

Part of the slowdown is the shift by many agencies to a work-from-home model, in order to promote social distancing. Some materials may not be accessible from public records  officers’ homes. The Reporters Committee for Freedom of the Press has called on agencies to “provide their employees and contractors the necessary tools and resources to continue processing records requests” remotely. The Reporters Committee is crowdsourcing a database of impacts across the country, with updates from 22 agencies in 14 states thus far.

Texas’s Public Information Act requires state agencies to “promptly” produce public information in response to requests. If an agency takes longer than 10 business days to fulfill a request, it has to provide an estimate of when it will release the information. However, if an agency closes its physical offices for public health reasons, days during the closure are not considered business days, even if staff is working remotely, according to a press release from the attorney general’s office. “It’s always been the case that if a governmental office is shut down, that doesn’t count as one of the business days,” says Kelley Shannon, executive director of the Freedom of Information Foundation of Texas. “We do have concerns about what will happen if it goes on too long or we start seeing abuse of the situation. Governments are going to have to operate even amid this COVID-19 concern. I certainly hope they come up with systems to abide by not only the letter of the law, but the spirit of the law. That is, the public has the right to information about how its government is operating. It’s of utmost importance at all times, but particularly now in a time of crisis.”

The Markup, a nonprofit newsroom dedicated to monitoring the tech industry, recently filed public records requests to government health agencies in all 50 states and Washington, D.C., to try to get information about COVID-19 testing protocols. So far, they have only received the requested documents from “two or three” states, says Colin Lecher, a reporter at The Markup, and several states have told him to expect delays. “A lot of reporters would say the FOIA system is already broken, but this is just exposing the seams of it.”