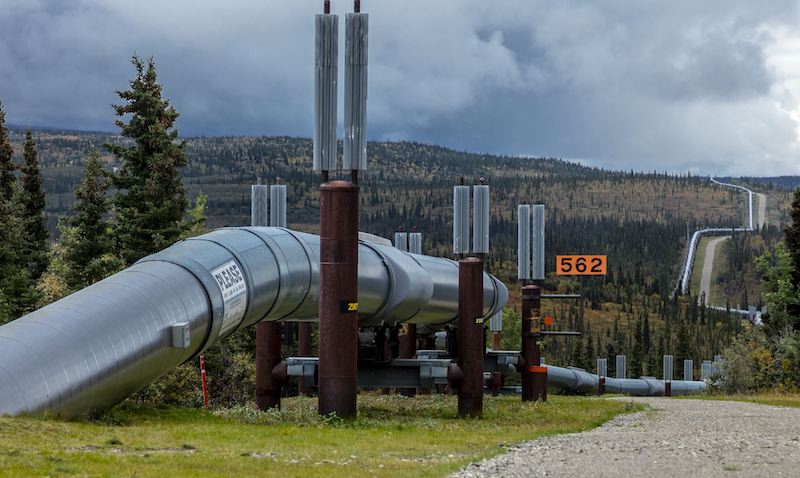 A new water rule that will strip federal protections from an estimated 60-90 percent of U.S. waterways will dramatically ease restrictions on how polluting industries do business.

According to the rule, which is due out next week, streams that don’t run year-round and many wetlands will no longer be subject to the Clean Water Act. As a result, a wide range of industries — including agriculture, mining, waste management, chemical companies, real estate development, and road construction — will be free to pollute, reroute, and pave over these waterways as they see fit.

But oil and gas transport companies may benefit most from the imminent shift.

When the rule takes effect, pipeline construction projects that are currently required to undergo months, or even years, of scrutiny from water experts in order to minimize their environmental impact will be allowed to speed forward. For energy companies that have been pushing for exactly these changes for years, the new rule may be well worth the wait.

The energy company ONEOK should have applied for permits to work on its Arbuckle II pipeline by now. The $1.3 billion project, which will transport natural gas liquids 530 miles from the company’s supply basins in Velma, Oklahoma, to its storage facilities on the Gulf Coast of Texas, will cross dozens of waterways in both states. According to factsheets on its website, ONEOK was supposed to have begun construction in both Texas and Oklahoma and has submitted applications for water permits required for this work during 2018.

As of Friday, however, the company hadn’t submitted any applications for the permits required to build its pipeline across waterways, according to the Army Corps of Engineers offices in Tulsa, Fort Worth, and Galveston, which are responsible for permitting pipelines under the Clean Water Act.

Brad Borror, a communications manager at ONEOK, said the company was not delaying its projects. “We’re still going to go through that process and confident in our timeline,” said Borror.

But if ONEOK and other companies currently constructing pipelines do fall behind on their permits, they may ultimately come out ahead. The Trump administration rollback of water regulations will allow ONEOK and other companies involved in the energy pipeline boom now underway to simply bulldoze through waterways that are currently protected without any environmental scrutiny at all.

The Trump administration’s rule will replace an Obama-era regulation known as the Waters of the United States rule. According to leaked talking points about the replacement rule, it will exempt seasonal waterways and wetlands that are not connected by surface water to permanent water bodies from regulation. The change will allow the Arbuckle II and other pipelines now in the works to advance more quickly — and with far fewer environmental protections.

The oil and gas industries have been pushing for years for these same changes. The Waters Advocacy Coalition, an umbrella organization of 48 industry trade groups, has spent more than $1 million since 2007 lobbying to limit federal water protections. The group’s members include the Association of Oil Pipe Lines, the American Gas Association, the American Petroleum Institute, and the Independent Petroleum Association of America, according to comments that the group filed with the EPA in 2017.

The 2015 WOTUS rule aimed to settle long-standing conflicts between industry and regulators over which waterways are protected by the Clean Water Act. Almost since that federal statute went into effect in 1972, industries have been fighting to limit its reach. Still, for decades, the law was widely seen as protecting the great majority of the country’s waterways, both big and small.

That began to change after a 2001 Supreme Court case that dealt with whether ponds on an abandoned mining site were subject to federal water protections, said Jon Devine, director of federal water policy at the Natural Resources Defense Council. “The decision was narrow, about whether certain isolated water bodies could be protected based on their use by water fowl, but there was a lot of language that expressed doubt about the proper scope of the law,” said Devine. “And industries jumped on that, and challenges sprang up across the country.”

Though some environmentalists felt it didn’t go far enough to protect water, the 2015 rule pushed back slightly against some of the incursions that industry campaigns had made on federal water protections. Now in effect in 22 states, and held up by court challenges in the others, the rule increased the waters covered by the Clean Water Act by 3-5 percent and clarified that rivers, streams, and wetlands are protected by the Clean Water Act even if they run for part of the year or depend on rain to flow.

The Trump rule, which will be subject to public comment before it’s finalized, will reverse those expansions in federal water protections and go further by stripping protections from many wetlands. The change will likely have the most dramatic effect in Alaska and the arid west, which, depending on the wording of the rule, may see up to 90 percent of its waterways lose federal protection.

A Sledgehammer to Clean Water Act

Pipeline companies are currently required to either get approval for the crossing of every waterway, or in cases when they can show that a project will have only minimal impact on the environment, apply for a nationwide permit that allows them to avoid scrutiny of each individual crossing.

The Atlantic Coast Pipeline, which will carry fracked natural gas 600 miles from the Marcellus Shale in West Virginia through Virginia to North Carolina, recently had its national permit suspended due to concerns about its impact on a West Virginia waterway. The new regulations will likely cut the number of permits required for the project in half, according to an analysis by the Southern Environmental Law Center.

A joint effort of Dominion Energy, Duke Energy, Piedmont Natural Gas, and Southern Company Gas, the Atlantic Coast Pipeline (together with a much shorter pipeline that will supply natural gas to customers) will cross waterways in 1,699 places. At least half those waterways flow only during the wet seasons or after rainstorms and therefore would no longer require permits after the new rule is in place.

The new rule will increase the environmental threats posed by the Atlantic Coast and other pipeline projects, according to Geoff Gisler, a senior attorney at the Southern Environmental Law Center, which has filed numerous challenges to the pipeline.

“This is a sledgehammer to the Clean Water Act,” Gisler said of the new rule. “Out of all the anti-environmental attacks we have seen from this administration, this may be the most far-reaching and destructive.”

Dozens of other pipelines now in the planning phase could also see the number of permits required for their projects reduced. Fifty-four natural gas pipeline projects, including the Atlantic Coast, were approved in U.S. in the past two years, and 36 more projects are currently pending, according to the Federal Energy Regulatory Commission. Three new oil pipeline projects have recently been announced, and five, including the Keystone XL, are in development.

Many of the companies building these pipelines may be putting off applying for their permits until the industry-friendly rule is in place, according to Kyla Bennett, director of science policy at Public Employees for Environmental Responsibility. “Going through the permitting process can take years, so waiting for the final rule is still going to be shorter than applying for a permit that can have a ton of impact,” said Bennett, who described the companies as “salivating over the new rule.”

For the Arbuckle II pipeline, which runs through semi-arid areas, far fewer permits will likely be required under the new rule, which will ultimately speed up the construction process. “If they end up saying they’re crossing the Red River, and if they only have to get a couple of crossings versus 100 crossings, then the permit process is going to be way, way quicker,” said Bennett, a scientist and attorney who worked on wetlands management at the EPA before joining the environmental group. “I think they’re poised to apply for the permits the minute the new rule comes out.”

The permitting process typically involves pipeline companies meeting with the Army Corps of Engineers, the EPA, and the Fish and Wildlife Service to discuss the project’s impact on the environment. The federal agencies then devise plans to minimize the environmental damage of construction.

“They might require them to tunnel underneath a stream or work when a stream is dry,” said Amy Mall, senior advocate at the NRDC. “Every single site is unique.” Without these environmental protections, sediment and erosion can pollute the waterways, which can impact species living there.

Disruption of waterways by pipeline construction can also result in drinking water contamination, as it has in the case of the Mariner East 2 pipeline in Pennsylvania.

“You can have long term or permanent damage,” said Mall.

While some states may continue to require permits for waterways once they’re not subject to the federal law, others are unlikely to safeguard their own waterways from damage caused by pipeline construction. “We have no local protections,” Ashley Nicole McCray said of Oklahoma, which is home to one of the biggest pipeline hubs in the world. McCray, who ran for a spot on the Oklahoma Corporation Commission this year, has been raising concerns about the environmental impacts of the pipelines in her state.

“Because of the construction of so many pipelines, we’re losing traditional prairie lands and grasslands,” said McCray, who is a member of the Oglala Lakota nation. “The loss of land has serious impacts. When the vegetation is gone, the insects and animals that rely on it die, too. We’re seeing animals going extinct.”

The danger to endangered species is just one of the grounds on which environmentalists are likely to sue the government over the new rule once it comes out. Legal experts say that the rule may be stayed in parts of the country while the these questions are being hashed out.